And other than just reflexly opening the Tweetbot app, the answer is usually – to tweet. I think I’ll just send out a tweet, and be done in 30 seconds. But sometimes, even before I’ve had a chance to do that, I’m already engrossed in the timeline. 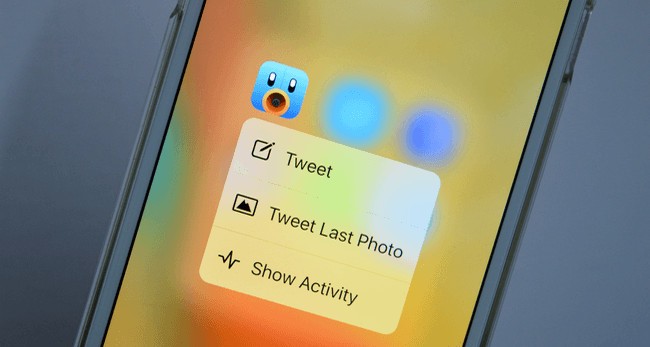 So I’ve devised some methods to try and avoid all that.

If you use Twitter on the web, you just need to make one small change when it comes to tweeting. Instead of going to www.twitter.com, type in www.twitter.com/yourhandle. Now you’ll see your own feed instead of the timeline. 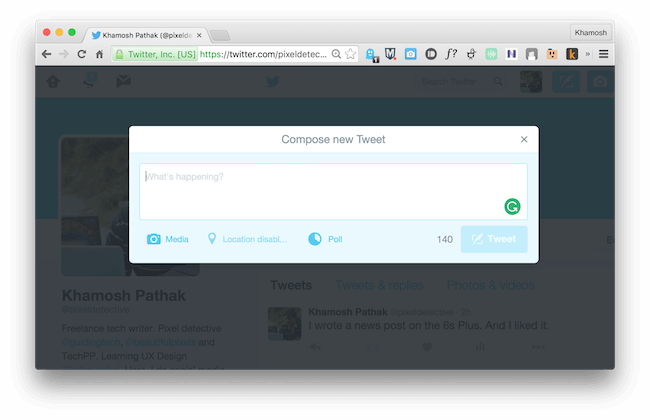 The “New Tweet” option will still be available. Type your tweet, send it away and get out. None the wiser.

If you use a Mac, things are extra extra easy for you. First. go to System Preferences -> Internet Accounts and log in with your Twitter account.

Now, bring up the Notification Center by swiping in the from the right edge on your trackpad. 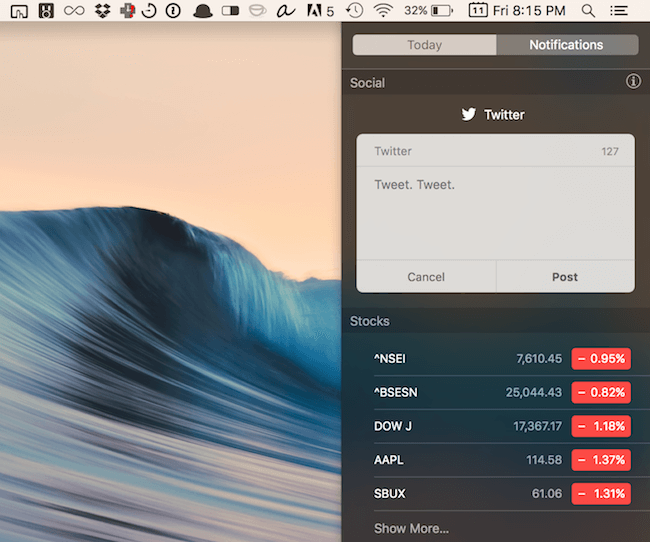 You’ll need to enable the “Social” widget. So click the Today tab, go to the bottom, click Edit and click the green + button beside the Social option.

The Social widget is now added to the Today view. Now, all you have to do is click the “Twitter” button, type your tweet and send it out. 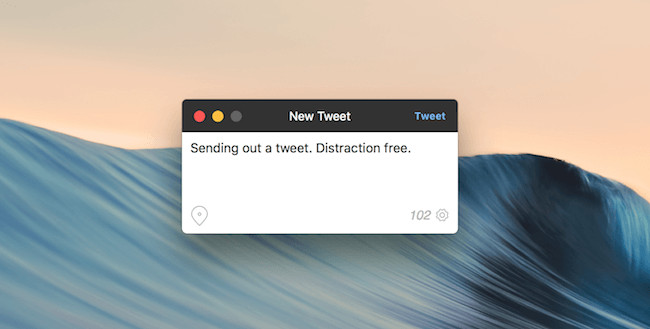 Tweetbot for Mac ($9.99) users can go into Preferences and from the bottom record a Global New Tweet Key. This is basically a keyboard shortcut that will bring up the Compose Tweet window no matter where you are. The best part? It won’t show your timeline.

4. 3D Touching on the Newer iPhones

If you’ve got the iPhone 6s or 6s Plus, you can use 3D Touch to quickly get into the new tweet view. And this works in both the official Twitter app as well as Tweetbot 4.

Just 3D Touch the icon on the screen and select “New Tweet.” 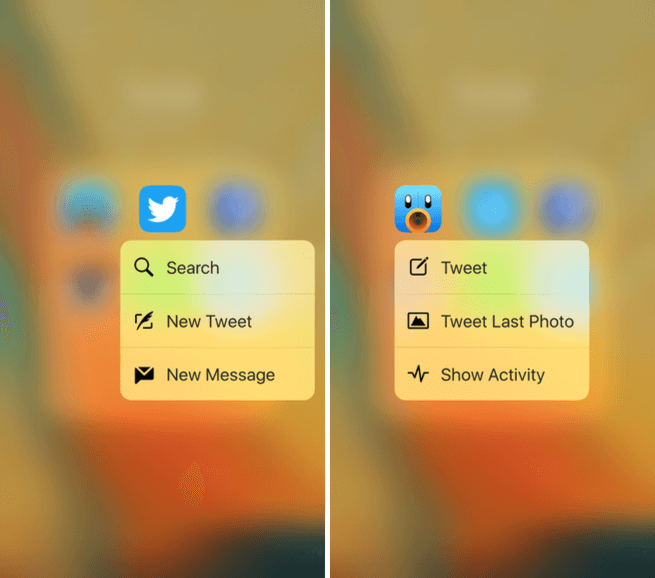 Once the tweet is sent, don’t forget to quickly press the home button or you’ll be in the danger of viewing your timeline.

5. Geeking Out With Launch Center Pro on iOS

If you like automating and optimizing the small and repetitive tasks you do on your phone, you should just buy Launch Center Pro ($4.99). With iOS 9, it’s better than it’s ever been.

If you’re not aware, Launch Center Pro is a superbly customizable “launcher” app. You can launch apps, system features, scripts or the best – Actions. You can create your own Actions.

One of such Action is sending a tweet. From Launch Center Pro, never opening the Twitter app or Tweetbot. 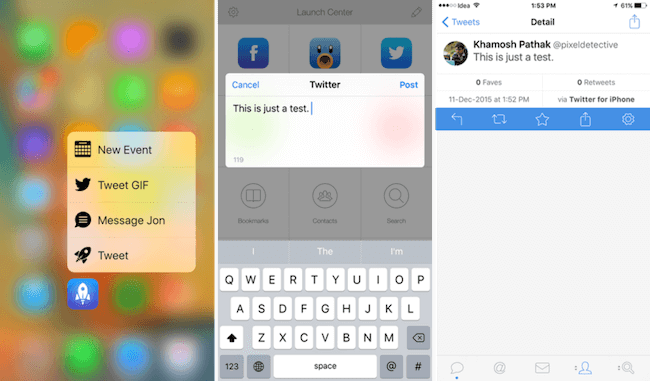 The best thing is that once you’ve set up the action, you can then launch it either from the Launch Center Pro widget in the Notification Center or using 3D Touch on the app icon. I can’t go into the nitty gritty of how it works here but for a complete Launch Center guide, check out this link.

Again, the best thing to do would be to just get the app and explore it, customize it to your liking once you’ve got a hang of how it works.

6. All The Great Android Widgets

No matter which Twitter client you use – The official one or the obviously superior Fenix, you’ll find a homescreen widget to go along.

Which will have a shortcut to quickly send out a tweet.

Buffer is designed for managing social media profiles. It’s mostly used by marketers and agencies. But you can use it for your personal account as well. 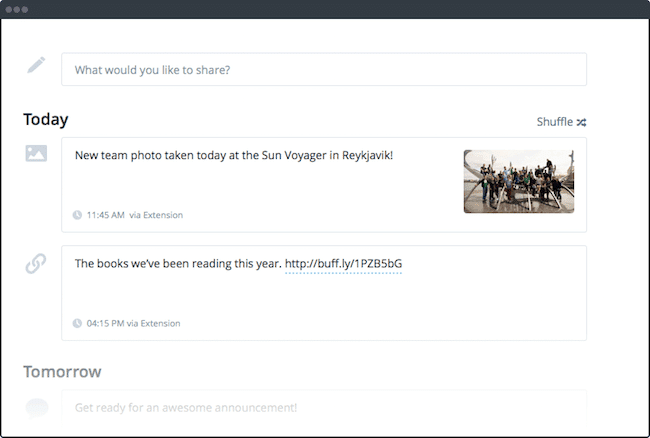 Once you’ve logged in via Twitter (or Facebook), you’ll be able to posts tweets to your account directly. Oh and you can schedule posts as well. Buffer’s iOS and Android apps are pretty awesome to use.

Did I miss any? Feel free to share in the comments below.