Yu has announced the much awaited Yutopia today, and alongside the smartphone, the company has also announced Around YU, an integrated suite of services which is aimed at simplifying your smartphone experience. Content discovery has been one of the quintessential aspect of cell phone usage, it is but obvious for smartphone users to keep digging for new music, videos, shopping deals and many other things. 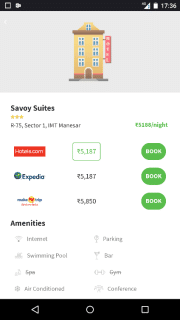 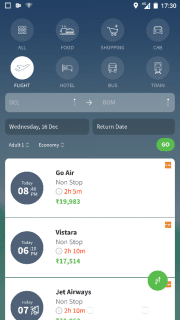 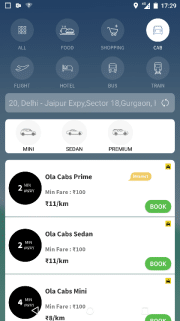 Invariably we end up installing a slew of apps for discovering new things and this also calls for constant switching between the apps. Around YU tries to solve this problem by integrating these functions into a layer of the OS and seemingly provide a near native experience. The Around YU is basically a hub for all the aggregator apps on your phones so its almost like users have their own app aggregator baked into the phones.

As of now, the app comes inclusive of services like booking flights, buses, trains and hotels. Further it has also partnered with services for shopping, news and weather. Around YU can be accessed by swiping right on your home screen with a right swipe. It replaces Google Now (as seen on Nexus) and Shelf (as seen on OnePlus 2). The content served will take into account the current location thus ending up with the services available in your vicinity.

The information is served in the form of cards, something that Google has already been doing with the Now. If you want to have a quick bite than you can not only search a restaurant, café or a dish nearby but also call the hotel directly. The app also seems to pull the relevant details inclusing the cost for two, cuisine and rating on the card.

The same approach extends for flights as you can search the flight from the nearest airport, check out the fare and also book the desired flight. Around Yu also lets you book the cabs from the cab hailing services including Ola, Uber and Easy cabs, further the app also lists the other offline cab providers as well. The cab option can turn out to be a great utility tool as we can avoid the surge price by the cab operators by choosing the one without any surges.

It would be still premature for us to comment on the usefulness of the app, but the very premise on which the app has been built looks promising. It sure does provide an additional layer of service which should help a lot of users. Let’s wait to see how it’s actually implemented on Yutopia and other devices.

Whatever happened to YU?
Read Next