As we move to 2016, Indian telecom operators have increased the pace of their 4G rollouts. Earlier, mostly Airtel was launching 4G throughout the country. Currently Vodafone and Idea have stepped up their games, launching 4G in various circles. With so many operators launching/poised to launch 4G in the coming weeks and months, it’s becoming increasingly confusing as to which operator is launching 4G in which location and under which band. 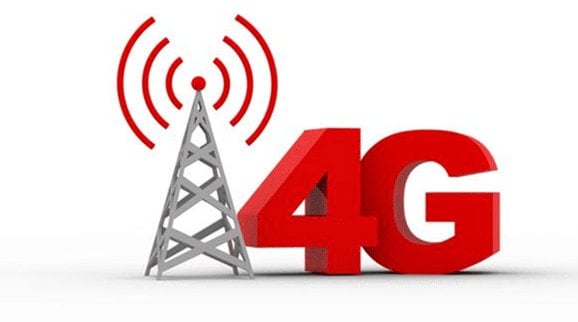 Recently the IDC reported that for the month of October, 4G smartphone shipments overtook 3G smartphone shipments. This clearly shows that there’s a general eagerness amongst consumers to be on a 4G network now or in the future. In this article we’ll be detailing the following things:

As a basic rule, it’s always helpful to remember than any kind of cellular network deployment or wireless communication uses a natural resource called spectrum. The quantity and type of spectrum along with other stuff matters a lot while determining network quality. To put it in simpler terms, spectrum is basically a collection of frequencies.

Like most countries, spectrum in India is by default a government property. Telecom companies lease spectrum from the government for a period of 20 years typically. When telecom was new in India, spectrum was administratively allocated, which meant that an operator could apply for a telecom license and get 4.4 MHz of spectrum (for GSM) initially which was then extended upon hitting certain subscriber base mark.

Administrative spectrum was tied to using 2G technology only. Following the 2G spectrum scam, it was made mandatory for any natural resource to be auctioned. Spectrum being a finite and valuable natural resource was then auctioned. The first spectrum auction took place in 2010 and had awarded telecom operators much needed spectrum for 3G and 4G services.

During all these auctions from 2010-2015, telecom operators bagged 4G spectrum for various circles. When it comes to spectrum bands, there are primarily two things to consider – one is range and another one is capacity. Lower band spectrum between 700-900 MHz provide the best range and penetration, while higher band spectrum between 2100-2600 MHz are great for capacity. The quantum (amount) of spectrum held also effects coverage and capacity. Generally more the spectrum, the merrier.

There are primarily 5 spectrum bands on which 4G deployment is expected to take place.

As of now, the device ecosystem for this band is very very weak. Most 4G smartphones launching in India simply don’t support this band. While there are certain high end smartphones that might support them (like iPhone 6/6s), mainstream support for 850 MHz band isn’t present in smartphones being sold in India.

2. Band 3 / 1800 MHz band – This band is already being used for 2G services in India. But this band also has the most developed device ecosystem in the world for 4G. In the 2014 and 2015 spectrum auctions, many operators had won spectrum in this band for 4G deployment. As of now, spectrum that can be used for 4G services in this band are held by Airtel, Vodafone, Idea, Reliance Jio, Aircel, Reliance Communications, Telenor, Videocon.

Basically every major telecom operator in India except Tata Docomo and BSNL/MTNL have the ability to use 1800 MHz spectrum for 4G services. This will be the most popular band for 4G deployment in India. Airtel, Vodafone and Idea have already deployed 4G in 1800 MHz band.

Every 4G device sold in India has support for 1800 MHz band. Apparently, certain Motorola and Nexus smartphones which were supposed to be 3G only also luckily support 4G on 1800 MHz band. Some of these are Nexus 5, Nexus 6, Moto X etc.

You can be rest assured that every 4G device sold in India supports LTE on 1800 MHz band and at least one operator in every circle will deploy 4G on 1800 MHz band except probably Bihar and J&K.

Aircel says they have started 4G on this band for enterprises, but seriously we have never heard of any enterprise/business using Aircel 4G. If anyone knows please let us know in the comments.

Reliance Jio holds pan India 2300 MHz band spectrum but is yet to start operations. Just like the 1800 MHz band, even this band is supported on almost all 4G devices being sold in India.

4. Band 41 / 2500 MHz band – This band is primarily held by BSNL and MTNL. They have decided to surrender a good chunk of this band in various service areas. Device ecosystem for this band isn’t as good as 1800/2300 MHz bands and I personally feel BSNL/MTNL are highly unlikely to launch 4G services anytime soon. Although news reports claim that a launch may occur by 2017, but we won’t be holding our breaths for that.

5. Band 28 / 700 MHz band – This band hasn’t been auctioned yet but once it does get auctioned, there’s a good chance this will be used for 4G deployment. 700 MHz band has a good device ecosystem globally and its proporgation characteristics make it ideal for use in rural areas and for good in building coverage in dense metro areas.

700 MHz and 2500 MHz bands aren’t going to be used for 4G services for at least the next two years unless the government decides to auction them in the 2016 spectrum auction in case that’s held.

Basically it’s impossible to predict which operator will launch 4G when. The best example of this is probably Reliance Jio. The company has kept delaying its launches for the past two years. To provide some context, consider this. It was first rumored that Reliance Jio would launch when I was joining college, half my college life has come to an end and Reliance Jio is yet to launch for the general public, while it was launched for employees on 27th December.

Similarly, there is a way around for telecom operators to use administratively allocated spectrum for 4G services. For example, let’s say an operator was administratively allocated 5 MHz of 2G spectrum in 2005. The operator now wishes to use this spectrum for 4G services, so the operator can pay the latest spectrum auction price for the 5 MHz of Band 3 for the remaining validity on a pro-rata basis and use it for 4G.

All the above mentioned points make it difficult to predict which operator can launch 4G when. However with the help of publicly available data and operator press releases we can make some assumptions.

3. Upcoming/Present 4G operators in a circle

Apart from the above mentioned towns, other towns where 4G LTE is likely to be launched by 31st December – Belgaum, Calicut, Cuddalore, Chitradurga, Guntur, Kakinada, Kanchipuram and Trichur

Vodafone has launched 4G only in Kochi and Thiruvanthapuram areas of Kerala.

For the sheer lack of clarity and dynamic way of how things change in the market, this guide is expected to be constantly updated. Feel free to comment below if you want us to add or change something.

Was this article helpful?
YesNo
TechPP is supported by our audience. We may earn affiliate commissions from buying links on this site.
Read Next
How to Buy JioPhone Next: Complete Guide and FAQ
#4g lte #airtel #Idea #Reliance Jio #vodafone