It is the uninvited guest at every media event involving a mobile device these days.
Lurking in the background.
Waiting to be criticised and/or cursed.
Whether directly or by hint.

We are talking of course, of Apple. Cometh the product presentation and cometh almost inevitably the slides proving that the product being showcased is better than a similar one from Cupertino – be it in RAM, camera quality, thinness, screen size, pixel density and the Lord alone knows what else. We had written last year that there now seemed to be an element of respect in the Android-iPhone rivalry. However, that seems to have been an overly optimistic assumption – for most brands, the icon in the bulls-eye remains an Apple shaped one.

Healthy competition, some might call it. After all, what’s wrong with comparing yourself to what many perceive as being among the best in the business? Doesn’t it make your own brand appear good to be compared with something seen as the best?

Well, it depends on how you look at it. Is it better to get attention based on your own strengths? Or try to get attention because you poked fun at someone? Yes, the Apple bashing slides do get the giggles and applause, but in terms of sheer brand equity, we are not too sure of just how much they help a brand. There is also the little problem of the fact that when EVERYONE and their grandmother starts bashing Apple, the impact of said bashing just keeps decreasing. When Samsung poked fun at the display and processor of the iPhone a few years ago, people stood up and took notice because this was a Korean company taking on the mighty Cupertino behemoth. Today, not too many people care, not because the criticism is no longer relevant (hey, the iPhone remains expensive, the Apple eco-system remains relatively closed, and many people think the iPhone 6s Plus is too big, AND the Apple Pencil cannot be stuck on to an iPad Pro), but simply because they have heard far too many people say the same thing. Over and over again. Be it a Samsung, a Micromax, a LG or a Huawei, poking fun at the Cupertino company is not ballsy any more – it is plain boring. 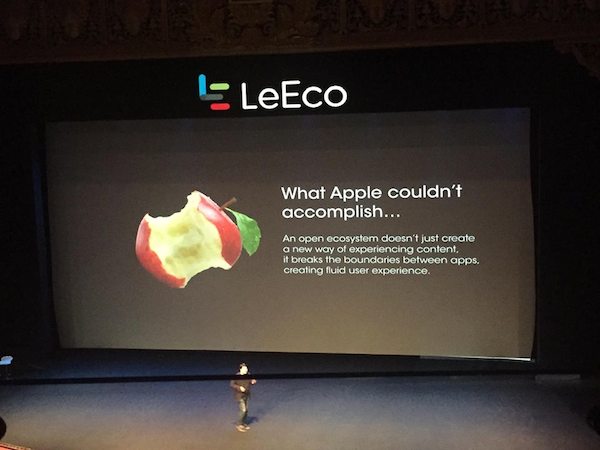 The irony is that we are not too sure if all the flak being directed at Apple has any effect on its bottom line or market share. The iPhone remains THE phone for many people, irrespective of its flaws and cost. And while the iPad’s sales have dipped and the Apple Watch might not have done as well as expected, most rivals would give an arm and a leg to have products that perform that well.

And tech history does reveal that poking fun at a brand perceived as being a favorite does not always work out. The period from 2000 to 2008 saw the Linux and Open Source crowd mercilessly flagellate Microsoft and Windows. It did not have any perceptible effect on the Redmond giant’s market share of the personal computer space – for all the posturing of the opposition (and its own stumbles), Windows remains the desktop/notebook OS of choice. Ironically, the likes of Nokia and BlackBerry stumbled even though not too many poked fun at them the way they did at Microsoft and Apple. Apple itself found that trashing the opposition openly does not work when Phil Schiller’s comparison of the iPad mini with the Nexus 7 at the launch of the former in 2012 left even Apple fans red-faced. “Since when did Apple need to compare itself with a Google product,” a sworn Apple fanboy told me the next day. “This is embarrassing.” 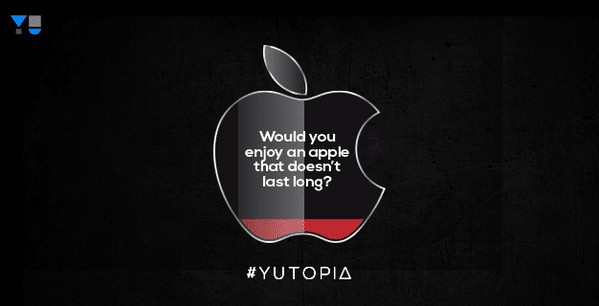 Indeed, there is also something inherently unfair in harshly criticising a competitor. Xiaomi’s Vice President Hugo Barra, summed it up in one word: disrespect. “They are our rivals – Apple,” he once said at a briefing in 2014. “But that does not make them bad. We respect what they did. And we try to be better. Sure, we will try to point out what we do better, but at the end of the day, it is going to be about how good we are, not how bad they are. That’s…disrespectful.” Small wonder that while other companies are trying to see themselves as iPhone killers, Xiaomi has forged a formidable reputation as “China’s Apple.”

An executive from Lenovo – one of the few companies that tends to stay off bashing Apple in its presentations – echoed the sentiment. “So I make fun of the iPhone. Will that make people think it is bad? Or that my product is good? Hey, it is my product. I am SUPPOSED to say it is good. If it was that easy, Apple would have been out of business. We need to talk about how good we are, and not how much better we are than someone else. We cannot let someone else define us.”

So here’s a small request to those making a mobile device presentation in the coming days:

Was this article helpful?
YesNo
TechPP is supported by our audience. We may earn affiliate commissions from buying links on this site.
Read Next
All the Ways to Convert Images on iPhone and iPad
#apple #Opinion