Convertible PCs have taken the computing world by storm and every manufacturer on Earth is trying to come up with their own Ultrabook to beat the likes of Surface Book and iPad Pro. This time around, Huawei (of all companies) has announced the MateBook at the ongoing MWC 2016 and it doesn’t take much efforts to realize that the company wants to join the convertible PC bandwagon. Huawei isn’t really known for their PCs, so this should come as a pleasant surprise for many. 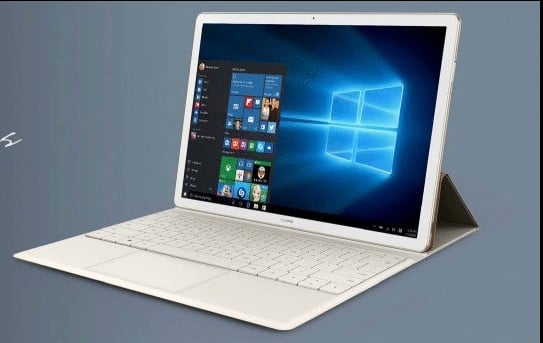 The Huawei MateBook also comes with a Stylus which bears striking resemblance to the Surface Pen. The Mate Pen comes with a laser pointer and is expected to last for an entire month with a single charge. The company claims that the MateBook is the lightest 12-inch tablet at 1.4 pounds and it also seems to prescribe for a razor thin profile of just 6.9-millimetres. The display is set at a resolution of 2160 x 1440 which is not mind boggling but at the same time, it is sufficient.

As expected, the Matebook draws its power from the Intel’s 6th Gen Core M processors and the company would allow the buyers to choose from M3, M5 and M7. Sadly, no core i5 or core i7 options (yet). The storage options ranges from 128GB to 512GB, while the RAM options offered are either a 4GB or a 8GB. Huawei has been mostly known for its affordable mid-range products, but the MateBook seems to deviate from the perception. That being said, Huawei has built up a lot of reputation for its robust hardware and the MateBook should ideally not be an exception. 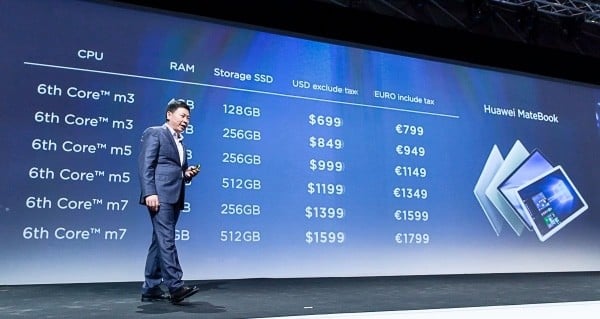 Going by the looks of it, the MateBook seems sleek and upmarket but it might be a difficult task for Huawei to convince the premium buyers and the very fact that almost all of the other players have already jumped in the convertible PC bandwagon is not going to help either. On a separate note, the Hybrid is expected to come equipped with either Windows 10 Home or Windows 10 Premium. Now coming to the price, the M3 Spec with a 128GB SSD would cost a cool $699 whereas the cost for a top of the line M7 with a 512GB is not shy of kissing the sky at a staggering $1599.

Was this article helpful?
YesNo
TechPP is supported by our audience. We may earn affiliate commissions from buying links on this site.
Read Next
Huawei FreeBuds 4i Review: A Well-Rounded ANC Performer for Its Price
#Huawei #MateBook #MWC 2016 #SurfaceBook