InFocus is known to keep trying different things and the India has been very key market for the company. Surprisingly, some of their phones in the past have done well. The US based company had stared the Bingo series of phones aimed at the budget conscious folks. Following up on the launch of Bingo 20 and 21, InFocus has officially launched Bingo 50 which can be termed as one of the most affordable phones running on Android Marshmallow operating system. Priced at Rs 7499, it seems to be a very interesting offering. We’ve used the phone for a day now and here are our initial impressions. 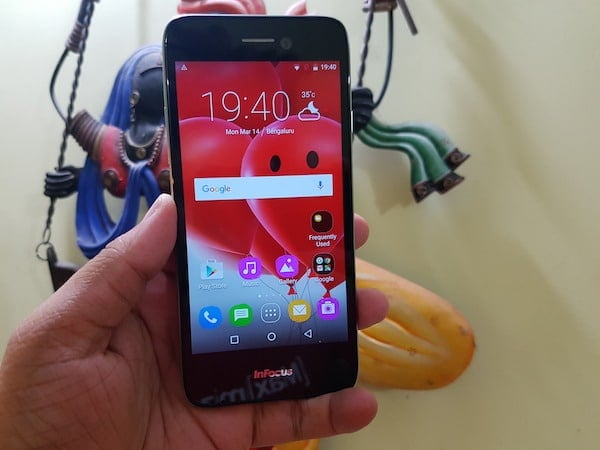 The first look of the phone would instantly remind you about either Samsung Galaxy S6 or the new S7 – thanks to the contour of the phone. Pick up the phone and it actually feels really good in the hand and it fits well too, thanks to the curved nature of the profile that is similar to the ones on the Motorola phones. And you will feel every bit of special back – sandstone. The grainy texture is not as smooth as the ones we’ve come to see from the OnePlus One or Kult 10, and in fact it’s a tad pokey to our liking. Once you get used to it, you will know that the phone just cannot give you a slip. And if you did not like the slightly pokey sandstone, you can opt for a leather finish back variant as well. Onto the right is a power button which is positioned rather higher than the conventional centering. A 3.5mm audio jack sits at the top while the power rockers sit on the left side. There is a micro USB port on the bottom while the speaker grille is placed at the back. The phone weighs around 140 gms but the weight distribution is where the design wins. Bingo 50 also has a metallic frame going all around the phone and this provides a good contrast for the sandstone / leather back, giving it an appeal which most of the budget phones lack. Handing the phone posed no issues.

Bingo 50 has a 5” HD screen with a resolution of 1080*720 pixels on-cell display and is protected by Gorilla Glass 3. The screen is a fingerprint and smudge magnet and is also highly reflective. But the viewing angles are very good, so is the touch sensitivity inspite of the screen gathering lots of smudges. Colors from the homegrown InLife UI built off of Android Marshmallow pop out and the dark black backgrounds does provide an appeal. There are meaningful customizations and a decent amount of localized themes in the themestore. Overall experience was free of any lags or stutters or app crashes (so far at least). The Mediatek MT6735 processor clocked at 1.3GHz accompanied by 3GB of RAM seem to be doing a good job of providing all the power the OS needs. Also under the hood is a 16GB of internal memory with around 10GB available to the user and this can be expanded upto 64GB via microSD slot. Dual sim slots can take in 4G LTE sims and all of this is powered by a 2500 mAh of battery, all sitting pretty under the removable back. 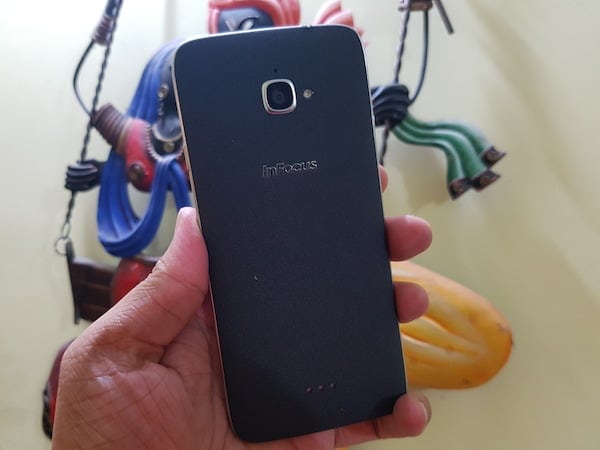 Bingo 50 comes with both of the rear and front Samsung made cameras at 8MP that has a f/2.2 aperture and a single LED flash. This is supposed to deliver some decent low light performance which we will test out in detail in the coming days. InFocus is throwing in a free selfie stick for the first set of buyers on Snapdeal where it will be sold exclusively from March 21st for a price of 7499 INR. Around the same price is the Xiaomi Redmi 2 Prime and the Coolpad Note 3 Lite which will be the ones to beat for the Bingo 50. Will the Android M and dual 8MP camera on a decently designed phone attract the users against the stiff and well established competition? We will have to wait and see but our initial impression is that InFocus has made a honest effort here, which will be tested out in detail.