Followed by declining growth, Twitter introduced it’s new news feed algorithm couple of weeks back that was focused on uplifting user interaction. Instagram is pretty much going through the same period and is testing a algorithmic timeline similar to its parent company, Facebook. Posts past the update will shift from a reverse chronological order to a top-posts-first method. Photos and Videos that have been comparatively popular based on your history will appear at the top irrespective of the time period.

Majorly due to the sudden spike in social media users, companies have been testing several ways to ensure that users don’t miss the most interesting updates. Kevin Systrom, co-founder and chief executive of Instagram mentioned in an interview that “On average, people miss about 70 percent of the posts in their Instagram feed, What this is about is making sure that the 30 percent you see is the best 30 percent possible.”

Social networks who’ve attempted to follow this approach including Facebook and Twitter have received fierce criticism as users were greeted with old posts repeatedly. Instagram is known for its endless feed of photos users are used to scrolling through, altering how it works can be tricky and can lead to the same outcome other networks have faced initially. A couple of early surveys resulted in participants being reluctant to the new change as they enjoy viewing what’s new instead of what’s popular among their friends.

Instagram won’t roll out the new feed networks straight away and says that the change won’t be quick, it will be released in small tests to make sure the platform doesn’t lose the potential audience.Interested in getting followers? Numerous factors will be kept in mind in order to determine posts’ position including person’s interests based on content he/she follows, relationships between users and timeliness. Mike Krieger, Instagram’s co-founder and chief technology officer, said the changes to the feed may be less disruptive than those of other networks, considering Instagram is centered almost entirely on photos, not words.

Instagram has already been on the line of fire thanks to the bad quarter, which has effected both growth in interaction and followers reach. The average interactions per post have fallen by 40 percent and Quintly’s recent report states that the profiles with significant audiences have much lower interaction rates than those with under 1,000 followers. Follower growth is expected to drop drastically within the next 24 months if the company fails to get things right. 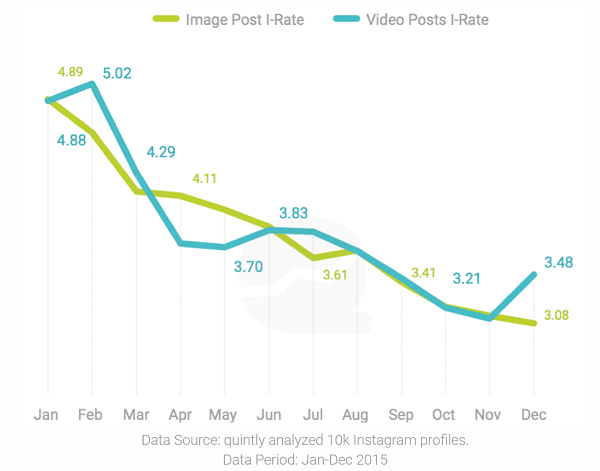 Kevin Systrom says “If it’s one thing we do really well as a company, it’s that we take big change slowly and deliberately and bring the community along with us,” he said. “It’s not like people will wake up tomorrow and have a different Instagram.”

The changes in the feed are expected to be rolled out soon and in all likelihood Instagram might let users choose on whether they want to opt for the algorithmic feed. Let us know what you think about this reform in the comments section down below.

TechPP is supported by our audience. We may earn affiliate commissions from buying links on this site.
Read Next
How to Unmute on Instagram: App, Stories, Profile, and More [2022]
#algorithmic timeline #Instagram