WhatsApp has been bombarding us with new updates quite frequently and it was only a couple of days ago that they introduced the feature to share PDF documents. Now a new update has bought about a few changes to the font and the overall formatting in general. The changes have been baked in in the recent revisions but the version 2.12.539 has them all. In case you want to try out these features head over to this link and download the latest version. 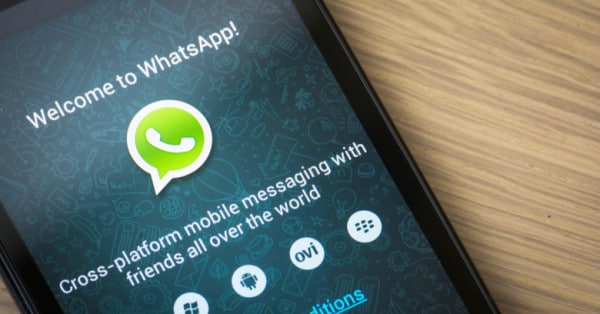 The revised formatting will now allow users to format the text within WhatsApp in bold or italics. WhatsApp has not included a separate key toggle to enable this feature instead it lets you do so by using symbols before and after the word. For instance, if you want to bold a particular word all you need to do is add asterisks, *word* with the word in between much like how we use things in quotes while typing or writing. For italics you need to follow similar steps but instead of asterisks add underscore, _word_.

Furthermore, the notifications now bold the name of the sender and this seems to aimed at better readability. Remember how we wished that the document sharing options supported non PDF files natively? Well, WhatsApp has circumvented this problem at least for the time being by allowing users to pic Google Doc files and send it to their contacts. That being said, the files will still be converted to PDF format before being sent across.

The Google Backup has also been improvised, before it was more of a dull dialog box that just asked for backup post which it failed to show related stats. Now the latest WhatsApp update will display a percentile progress bar along with an ETA calculation during the backup.  Another noticeable change is that the phone number is hidden from the main settings although it’s still retained once you open the detailed Profile setting menu.

Apple's Live Text Uses AI to Let You Capture Text from…
How to Use WhatsApp Multi-Device Feature on Any Smartphone…
Apple Watch Gets ECG in India...and it works just fine!
Nokia 7.2 Review: Nokia finally gets Real, and says "Gimme…
Moto turns foldable phones on their head with Razr, and gets…
The Ultra gets spotlight, but the 11X and 11X Pro get "Crazy…