Apple finally took the wraps off its smaller and more compact iPad Pro which is, for the most part, the same iPad Pro they announced last year with better display and camera. It comes with a 9.7-inch display and weighs just under a pound making it one of the lightest tablets out there. The new iPad Pro overall packs the same size as company’s Air 2, their best selling iPad size till date. 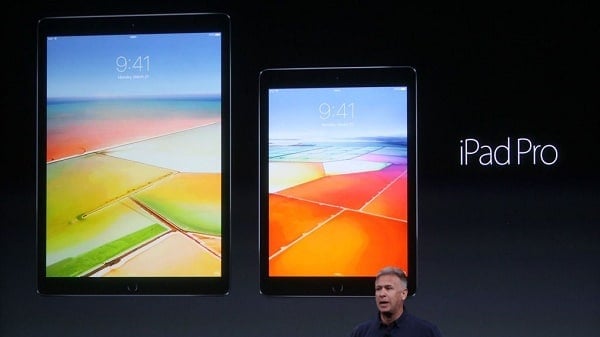 The display on the new iPad Pro has been tweaked in a lot of ways to provide a better reading experience, it is first of all, 40% less reflective than the iPad Air. Apple also mentions that is the brightest display in the tablet market right now and it makes use of a technology called “True Tone Display”, which basically calculates the color ratios of your surroundings using the ambient sensor and accordingly adjusts the color temperatures on Pro’s display. Moreover, iOS 9.3’s blue-light reduction setting helps in late-night use, hence, in a lot of ways Apple wants to target readers who currently prefer Kindle to prevent eye strains. 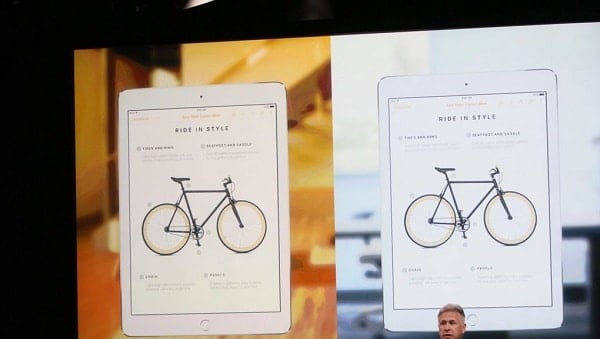 The next big upgrade iPad Pro receives is in the camera department because apparently, users do prefer taking pictures on a huge tablet. It comes with a much better 12MP rear camera that we saw in the iPhone 6S capable of shooting 4K videos, a dual tone flash and Live Photos, and yes 3D Touch is missing. It also features the screen flash feature which was launched with the iPhone 6S.

Specifications wise, the new iPad Pro is identical to its elder sibling, the larger iPad Pro (Argh, the nomenclature is indeed getting messy!). It is powered by the same A9X processor, 2GB of RAM and a Quad speaker system for your entertainment needs. Apple also unveiled a new smaller Smart Keyboard, it is also compatible with Apple Pencil which was introduced previous year. They also showcased a new Lightning powered SD card reader and a USB camera adapter, both of which will help to transfer photos much faster. 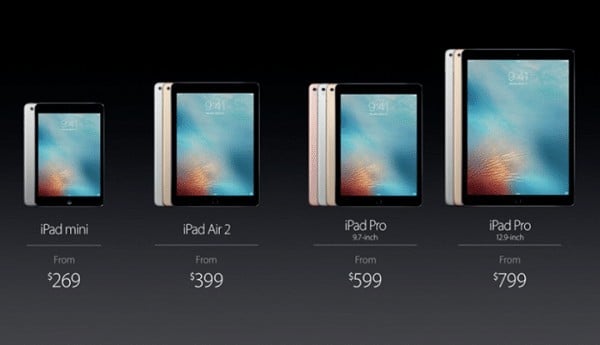 Apple’s decision of releasing a compact iPad Pro might help them push its sales numbers north, their bigger iPad Pro has received quiet a good response and in the market knocking off Microsoft’s entire Surface lineup last quarter. The new iPad Pro starts at $599 for the 16GB and tops at $899 for the 256GB variant. It will be available in four shades including the Rose Gold (Pink) option. The mentioned price chart is, however, for the WiFi only models. LTE enabled iPads usually cost $130 more, preorders start from March 24th and it will be available starting from March 31st. On a related note Apple has killed its iPad Air lineup, just as we speculated earlier.

How to Convert WebP Images to JPG on Mac
Read Next
Source: The Verge