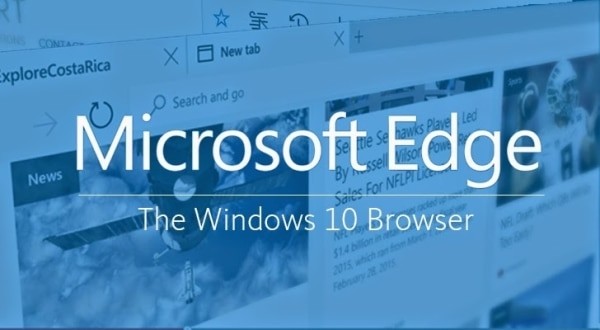 The change will be based on how efficiently Edge browser will be handling the flash content. Since flash content has been ridiculed for being resource hogging and also relatively unsafe, Microsoft wants to give more control to the users and also introduce automated controls.

It is every Internet user’s nightmare to come across auto play flash content that not only messes around with the user experience but will also slow down the entire browser. The update will exercise a greater control over the flash content and the content will not be played until and unless the user explicitly clicks on the same. This feature is expected to smoothen the user experience and also reduce resources and power consumption by the browser.

In the meanwhile, the browser will intelligently detect the flash content in the webpage and this is something that will not be paused. Some of us have been using flash blocker tools but the fact remains that flash content is rich and intuitive; it is something we can’t do without completely. Simultaneously Microsoft advises the users to continue the journey of transition from flash to more modern and open web standards including Encrypted Media Extensions, Media Source Extensions, Canvas, Web Audio and RTC, all of which offer a similar experience to the flash content but are more seamless and less resource hogging.

How to Use Snap Layouts and Snap Groups in Windows 11
Read Next
Source: Windows Blog

Jio tv+ with content from over 12 global OTT platforms…
PatchWall records over 14 billion interactions via 25+…
Motorola Edge and Edge Plus with 90Hz OLED Display and…
Free Video Conferencing: Google, Microsoft and others to…
Mi Browser Pro, Xiaomi's Built-in Browser on MIUI Banned by…
10+ Microsoft Edge Tips and Tricks to Improve Your Browsing…