HDMI dongles for televisions are nothing new. Amongst them, Google Chromecast promised to be an extremely low-cost way to turn any TV with an HDMI port into a smart TV, letting you stream content to the dongle from your smartphone, tablet or any other device running Chrome. Naturally, few others followed suit, like TeeWee, which was from an Indian startup. HalfTicket TV is yet another streaming stick from an Indian company which promises to turn your ‘dumb’ HDTV into a ‘Smart’ TV by connecting to its HDMI port. How well does it fare and how does it compare to its competition? We find out. 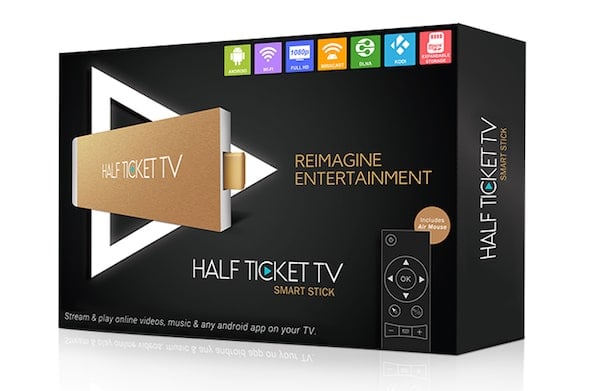 Let’s clear this out right away. Unlike Google Chromecast, HalfTicket TV isn’t meant for streaming content from your smartphone or tablet to your television (although that’s possible as well). Instead, it’s meant to work as a standalone device with Android on board, capable of streaming content from the internet directly on to your television. It’s not too tough to understand why this change of approach. HalfTicket TV is originally a “Curated Video on Demand Megastore” which hinges on “Content Discovery” which is surely a challenge considering how huge the internet as become. So the streaming stick is a natural way for them to showcase their content discovery platform through their own hardware.

Much like Chromecast and TeeWee, HalfTicket TV streaming stick also comes as a HDMI dongle, but with an old school external antenna stick. On first look, you’d notice that it’s bigger than most other dongles, but thankfully, it’s designed in a way that it doesn’t obstruct other ports that you want to use on the TV. You get an HDMI extension cord for that very purpose. The side of the dongle houses slots for microSD card and microUSB port which is used to power the device. So in addition to the HDMI port, you’d need access to the USB port as well. Thankfully, the cable has a USB splitter built in. In our setting up process, we found that the device was constantly getting restarted and later figured out that it was due to a faulty USB port on the television. Then there’s a full size USB 2.0 port next to the antenna, which is meant for the USB dongle for the Air Mouse which comes within the package. 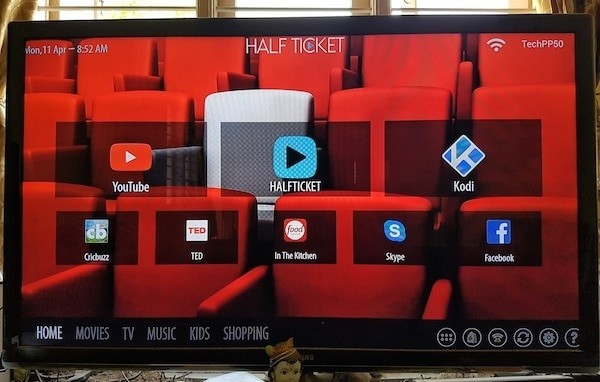 HalfTicket TV streaming stick is powered by Android 4.4 KitKat. We don’t understand why the company is sticking to an age old Android OS version, but for its intended usage, it does work well. Internally, the stick has a 1.5GHz quad-core (unnamed) processor along with 1GB RAM and 8GB of internal storage. The microSD slot can house 32GB of additional memory. Setting it up was a breeze except for the USB issues on our television as mentioned earlier. The Air Mouse which comes within the package is made of plastic and has basic buttons you’d require to operate. We would advice you to use a Bluetooth keyboard or mouse instead, at least while setting up, as you’d need to type in WiFi password and other things which can be a pain using an air mouse. The streaming stick is single band – it supports WiFi 2.4GHz but not 5GHz. It outputs at a maximum resolution of 1080p and a refresh rate of 60Hz, which is pretty much a standard with Full HD TVs these days.

The user interface is pretty well done. We particularly appreciated the background wallpapers used throughout and the droid dancing animation during the initial boot, which takes up around half a minute. Once booted, you’d see the Home page which has shortcuts to HalfTicket’s own app along with YouTube and few other apps like Cricbuzz and TED. Interestingly, most of these apps aren’t pre-installed, and yet find a place on the homescreen. Clicking on them takes you to the Google Play Store, where you can sign in with your existing Google account and install/update apps much like any other Android device. 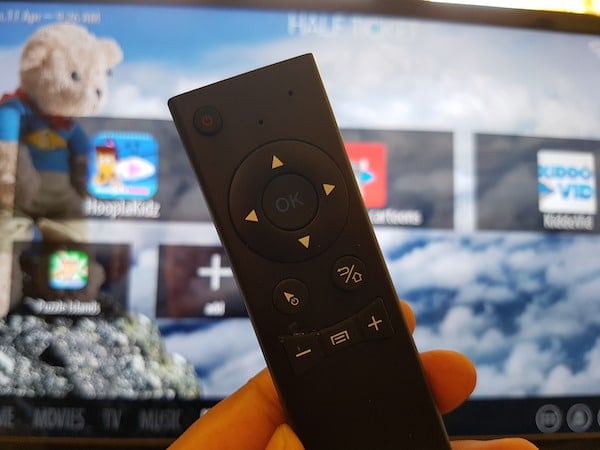 On the bottom left, you’d see that the content is neatly categorized into Movies, TV, Music, Kids and Shopping. Bottom right has access to things like app drawer, store and settings. With Android at its core, it lets you install any of your favorite Android apps on HalfTicket TV streaming stick. Sadly, most Android apps aren’t designed for bigger screens (not even tablets), so we weren’t hard pressed to install many apps as such. But yes, apps like Candy Crush or Temple Run could be fun if you use your own Bluetooth keyboard instead of the air mouse.

The real selling point of HalfTicket TV is their content curation. For example, under the Movies category, they list out in-house and third-party apps like the latest trailers, documentaries and HalfTicket’s own app which has the carefully curated movies in different languages to choose from. Interestingly, most of these movies and content are being sourced from YouTube. Kids section too has some nicely curated content for the little ones. Navigating through them and playing your favorite content is a breeze, although many of the third party apps aren’t really built for televisions and hence look stretched out. Other apps like Netflix, Hotstar etc work great. 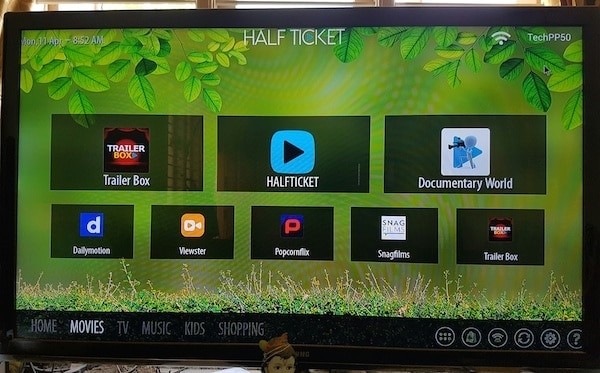 Not everything is hunky-dory though. Some of the built in apps like Times Now stopped working after a while as it was asking to be updated before using. We had to struggle our way through to know how to update it, as there’s no clear link for update within the app itself. The Settings menu has an option to either side-load the update file or download via OTA. Sadly, we couldn’t complete the update after multiple tries as it failed to show the ‘Update’ button after downloading. This is something we hope that HalfTicket team fixes ASAP. Also, many apps take their own sweet time to start up, which isn’t something we were expecting on a device with quad-core SoC.

The 1GB RAM on HalfTicket streaming stick can slow things down while navigating through the interface, but the streaming itself was seamless on our 12 Mbps connection. It was a pleasurable experience to watch movies on YouTube, Netflix or live content on Hotstar. Technically, HalfTicket stick supports smartphone screen mirroring using Miracast, but that’s not something we fancied anyway. Instead, using the microSD card or plugging in a USB flash drive was more convenient. 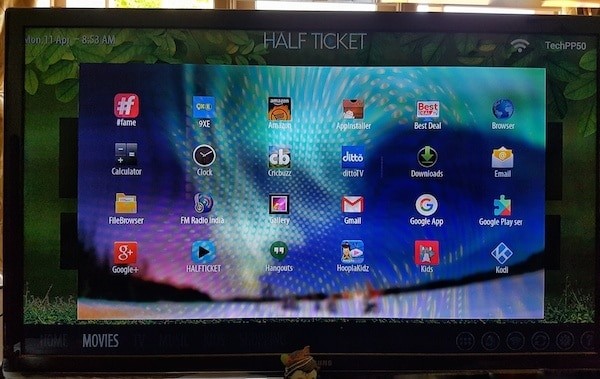 Overall, the HalfTicket TV streaming stick isn’t too different from other HDMI dongles out there, and competes pretty well against them. Its USP is the content curation – absence of which can bother a lot of people. At Rs 3,999, we feel it’s priced on a little higher side, specially considering the Android OS version and little niggles we had with the system updates. But if you’re someone who appreciates easy to use interface with easy access to nice content (specially for kids), this can be a nice option to consider instead of spending extra money to buy not-so-smart TVs. It is available for purchase from Flipkart, Amazon.in and Snapdeal.