Along with a new messaging application, Allo, Google also showcased a video calling platform called “Duo”, we think the naming has been done based on the fact that this application lets only two people call at a time. However, this isn’t any regular video calling service, Google has been able to come up with an elegant way to make the whole process more quick and secure. 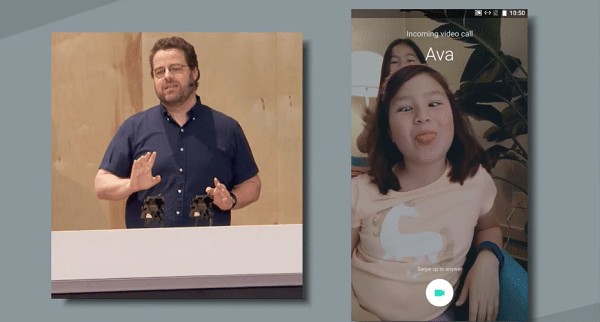 With Duo, calls are end-to-end encrypted, which is the main stand out feature Google claims this application brings to the table. Other already popular platforms including Skype or Google’s own Hangouts have yet to enable this feature. However, the thing you’ll get more excited about is a function called “Knock Knock”. Usually, with any other app, whenever you get a call from someone, you pick it up and then the video streaming on both ends commences. On the contrary, with Duo, the calling user’s stream will be turned on before the receiver has even picked up making the calls feel comparatively more spontaneous and natural. Additionally, Duo video calls run based on WebRTC’s open project and rely on a new protocol called “Quic” which is capable of performing a “seamless handoff” of calls between Wi-fi and cellular connections. 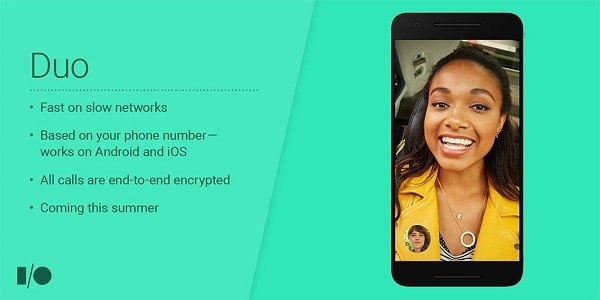 Google’s engineering manager Eric Kay quoted “It’s a live video stream of the caller before you’ve even picked up. You not only see who’s calling but what they’re up to and why they calling. A smile, a beach, and a newborn baby can all draw you into the moment, making calls feel spontaneous and natural, and once you pick up Duo it puts you right into the call.”

Google Duo alike Allo will be available later this summer on both iOS and Android. I sincerely hope there will be an option to turn the “Knock Knock” feature off as business users who require the privacy factor won’t be particularly happy about it.

TechPP is supported by our audience. We may earn affiliate commissions from buying links on this site.
Read Next
[Tech ad-ons] Google Duo: Your regular next door ad
#Google Duo #Google I/O 2016