In line with our earlier reports HTC’s Flagship for 2016, the HTC 10 has been launched in India at an event in Delhi. The HTC 10 is powered by Snapdragon 820 and is priced at Rs 52990. The HTC 10 seems to carry the HTC Flagship mojo along with hardware upgrades that will help it keep in pace with the competitors. 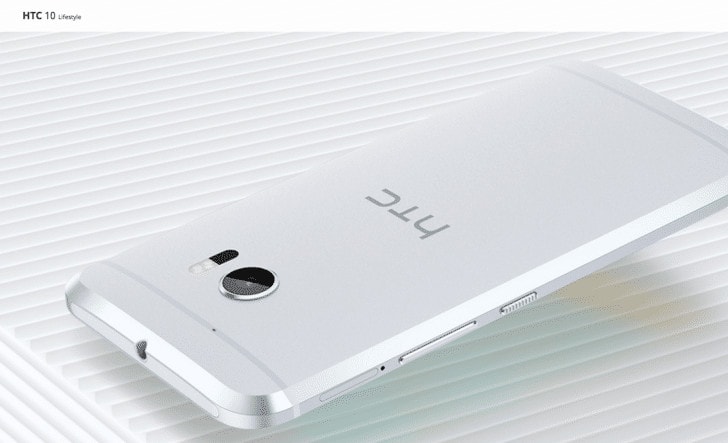 The HTC 10 comes equipped with a 5.2-inch QHD display and draws its power from the Snapdragon 820 alongside a 4GB of RAM. On the imaging front the HTC 10 boasts of a 12-Ultrapixel primary camera and a 5-Megapixel secondary one. The camera unit will be studded with features like Optical Image Stabilisation (OIS), f/1.8 aperture, Pro Mode, Zoe Capture, hyper lapse, 12X slow motion mode and 4K video recording. The device comes clad in a complete metal body and also packs in a fingerprint sensor at the front. HTC 10 is backed by a 3,000mAh battery that also supports Qualcomm Quick Charging 3.0.

HTC 10 comes with the usual array of connectivity features inclusive of 4G LTE support, USB Type-C, NFC, Personal Audio Profile and the world’s first 24-bit Hi-Res audio recording. On the storage front the HTC 10 offers 32GB of onboard storage along with an microSD card slot that can further accomdate up to 200GB. The HTC 10 comes at a time when most of the manufacturers are unveiling their flagship offerings powered by Snapdragon 820, for instance LG G5 will go on sale in the first week of June at exactly the same price, and then we have the OnePlus 3 expected to launch on June 14. Additionally, HTC 10 will also go loggerheads with Samsung Galaxy S7 and the S7 Edge which have been faring well in the Indian context.

HTC 10 will be available across multiple sales channels and is expected to start shipping soon. It is no secret that HTC is dabbling through the troubled waters. While devices like the HTC 10 might help it achieve some sales it is the low-end and mid-segment smartphones that will do the trick for the Taiwanese manufacturer. As of now buyers are segregated into two bastions, one preferring to go for devices like Xiaomi Mi 5 considering its affordable and packed to brim with high end hardware and another who want to stick with premium brands like Samsung, HTC and LG. Adding to the woes is the fact that Samsung Galaxy S7 is currently being sold at a relatively lesser price of Rs 46,500.