After 1,342 companies having already launched their me-too smartphones in 2016 to appease the chindi value-conscious Indian customer, here comes yet another one that you could buy in an invite-only flash-sale, or as they called it in the olden days, lottery. The YeDekho 6s Dekho has the looks of an iPhone with a god-awful, cringe-worthy custom Android interface that, other than your 4 friends using a Nexus phone, nobody cares about. Let’s find out if this one can earn the best smartphone under Rs. 10,000 tag for this week, because by next week there will be another one beating it anyway. 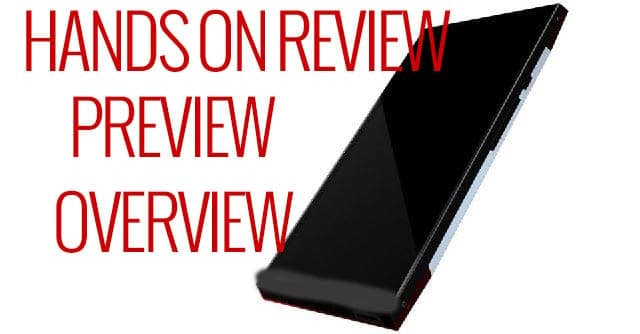 After careful scientific examination of the box using TSA body scanners, we ascertain that there is nothing unusual about the contents of this package. After making two elephants stand on it to test its sturdiness, opening the box reveals… surprise, surprise… the phone, a charger with a reversible USB Type C cable which you will hate because nobody you know uses one (now you know how iPhone users feel) and a pair of earphones that sound probably as good as those Rs. 30 ones sold outside local train stations. Then there’s some user manual/instruction guide, but you might as well throw that in the raddi, because you’re going to pester your geek friend who told you to buy this phone with your doubts anyway. You also get four scratch guards, one transparent back cover, one flip cover and two melody chocolates inside the box.

On their Apple.com ripoff website, it may appear as if the phone is carved out of the same aluminum that Jony Ive cuddles to every night, but haha Photoshop, gotcha!

But don’t be saddened, as the next few sentences will highlight the level of innovation inside this phone. The front interestingly houses a display. But what’s even more astounding is the placement of the earpiece on top of the display. If that wasn’t enough, the USB port conventionally sits at the bottom and they’ve even managed to place a camera sensor in a very obvious position — the top-left corner of the back. Thankfully, the volume rockers and power button are placed on the sides of this phone. And last but not the least — there are two front-facing speakers that claim to offer an experience like an Rs. 1,200 IMAX movie ticket would, only if you go to some desolate mountain, do a few drops of acid and then listen to it.

The display features a Quad HD resolution that acts as a saving grace to the terrible rear camera by making photos appear as if they were shot on a dSLR. Powering this phone is a TekMedia Haram-Core processor with 12 cores and 8GB of RAM, despite which the phone still lags because marketing priorities still trump logic. There’s a Maali-Kaka 420 graphics chip which should render your Candy Crush just fine.

This phone is powered by the most widely used version of Android today, Android 5.0 Lollipop, that was released two years ago. But even if it was running Android Jelly Bean, you’d probably never know since the custom skin leaves no shred of Android’s original User Interface or feature-set. This wanna-be iOS skin will certainly make your friends think you have an iPhone, if you carefully apply an Apple sticker at the back.

But hey, it’s not all that bad. You do get built-in features like a memory-cleaner app, that will give you that same orgasm you get when you Right-Click and Refresh your Windows desktop 20 times every day. There’s also a Call Recorder, a Wife Stalker, an Ad-blocking browser that shows its own ads & spam notifications and other such privacy-invasive apps for your pleasure.

The camera at the back, should have probably been put at the front, because you’re going to click more selfies anyway. The camera lens has 5 elements — Earth, Fire, Wind, Water and Heart. With their powers combined, you’re led to believe that you’ll get Canon 5D Mark 3 quality pictures from this phone, but you won’t. On a clear sunny day, they may look as good as a Rs. 4,000 point-and-shoot camera. At night, photos will look like they were taken from a 0.3MP webcam from your college days. The duo-tone LED flash will change your skin tone from a 6 to a 1 on the colour scale, no Fair & Lovely required.

Packed with a 6000 MAH SHAKTI Exide battery, the YeDekho 6s Dekho is actually a powerbank with a phone attached to its back. Solving the battery life problem by throwing more battery at the problem, this phone offers a screen-on time of 8 hours which is critically important, since you clearly have no real friends and have nothing much to do in life. There’s also a nifty USB OTG cable that you can use with this phone to supply power to other phones or even charge a Tesla Model S. But be sure to charge Rs. 1/minute to those ungrateful pricks for this.

After a dizziness-inducing feature set, you’ll certainly feel the Rs. 9,999 price of the YeDekho 6s Dekho is totally worth it. And it is, provided you’ve participated in the 7 night – 8 day pilgrimage package tour to be blessed with this phone during its flash sale. Who cares? Buy this, buy any other phone, they’re all the same anyway. Just don’t come back crying when something goes wrong. Or buy a Moto G. Koi Bhi Lo.

Parody post by Rohan Naravane, who is the Product and Content Head at PriceBaba. He is usually found yapping about tech & trying to crack uncomfortable jokes from time to time on Twitter @r0han.