Microsoft has partnered with yet another top smartphone maker, this time the Chinese OEM, Xiaomi, to pre-install its productivity suite that includes Office and Skype services on upcoming phones. The deal has been finalized through a patent cross-licensing arrangement which will allow the software giant to reach and outspread its software to Chinese consumers at a massive scale given Xiaomi’s position in the native smartphone industry. 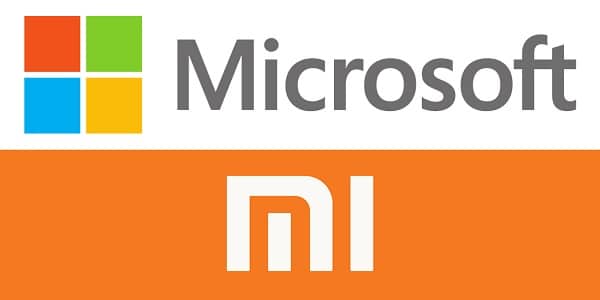 Starting from this year’s September, Xiaomi’s Android phones that currently include the Mi5, Mi4S, Redmi Note 3, Mi Max and Redmi 3, will be bundled with a range of Microsoft Office products that contain Word, Excel, PowerPoint, Outlook and their video calling platform, Skype. These offerings, however, may vary by devices, operators or particular markets. Microsoft has executed such operations before with companies like Asus, Samsung, Sony and as far as customer experience is concerned, it won’t come in the way as the titles can be uninstalled. Additionally, the collaboration follows Xiaomi’s existing deal with Redmond giant to power their Mi Cloud service by Azure along and the Mi Pad running on Windows 10.

Commenting on the substantial move, Xiang Wang, senior vice president at Xiaomi, mentioned “We are excited to be working closely with Microsoft on a broad technology collaboration partnership. As demonstrated by this agreement with Microsoft, Xiaomi is looking to build sustainable, long-term partnerships with global technology leaders, with the ultimate goal of bringing the best user experience to our Mi fans.”

On the other booth, Peggy Johnson, Executive Vice President of Microsoft Corp said “People want their favorite apps and experiences to work seamlessly on the device of their choice, and that’s exactly what this partnership offers. Together with Xiaomi, we’re bringing the very best in mobile productivity to millions of more customers in China and around the world.”

According to the latest reports, Xiaomi’s struggling downfall has resulted in their place to fall outside the top 5 contenders in the smartphone business. The Microsoft partnership can succour their share at some level by offering productivity tools not available otherwise in China. In return, Microsoft will be significantly expanding its ecosystem reach to more consumers worldwide.

What is Project Soli and what can it bring to the Pixel 4…
Paytm launches All-in-One Android POS for SMEs and Merchant…
PatchWall records over 14 billion interactions via 25+…
Could Realme Bring the Android Tablet Back from the Dead…
Lenovo IdeaPad Slim 5i Review: Slim in its Name, Strong at…
Huawei sells its Honor smartphone brand in a bid to ensure…