There’s no denying that Chinese OEMs are rocking the smartphone industry since the last few years with the IC Insights report for 2015 stating that 7 among the top 12 smartphone OEMs were based in China. This year’s report by the American analytical firm however cites some more interesting news. As per the report, some established market players including the likes of Sony, Microsoft and Coolpad have been kicked out of the Top 12 Smartphone OEMs list by a few emerging brands like Meizu and Micromax thanks to their breathtaking growth during the first quarter of 2016. 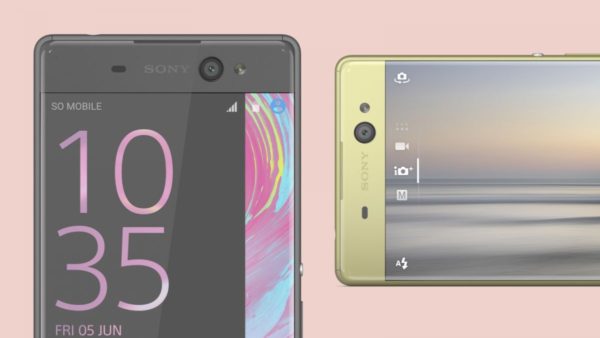 Sony, the Japanese giant has been struggling with its smartphone strategy, both in high end and low end markets. Recently, the company has tried to get rid of the Xperia Z series for Xperia X, but that doesn’t seem to have made any significant impact. Microsoft on the other hand, has almost given up on the Windows 10 Mobile, with hardly any new Lumia phones released since 950 and 950 XL. What was once considered to be a viable alternative for iOS and Android, is slowly but surely getting relegated to insignificance.

Micromax, the Indian smartphone maker has in fact jumped up to the 12th spot after having secured sale of 5 million smartphones in the last quarter, thereby making their first entry into the list. Sony, Microsoft and Coolpad on the other hand saw their figures of 3.4, 2.3 and 4 million respectively. The analytical firm expect Micromax to record a year on year growth of 74% leveraging on its head start in the first quarter of 2016. Thus it can be assumed that the homegrown smartphone brand isn’t quite facing a slowdown in the sales thanks to its Chinese counterparts, and going by the report, it seems to be dominating the retail smartphone market in the India. 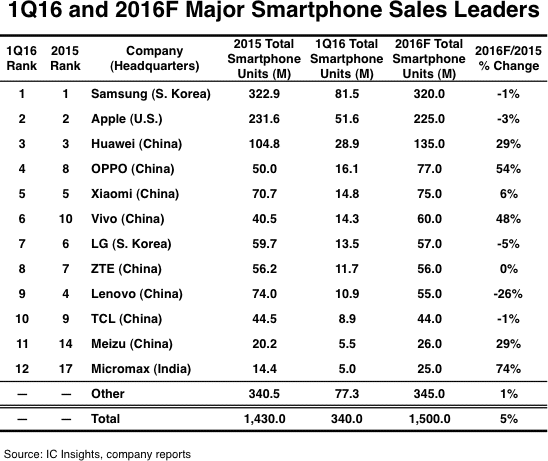 Samsung however is still leading the pack with a sales figure of 81.7 million smartphones (Q1 2016) and is closely followed by Apple. IC Insights however expects them to incur a fall in their smartphone shipments by 1% and 3% respectively by the end of this year. Samsung’s Korean counterpart LG however has fallen down a rank and is now placed at 7th spot just below the high flying Vivo. Apart from that, most other Chinese smartphone makers have successfully held on to their places with Huawei and Oppo securing the 3rd and the 4th spots respectively.

Incidentally, Xiaomi which was one of the high flying Chinese smartphone brands during 2013 and 2014 has failed to make an impact this year and is still stuck at the 5th spot. With the likes of OnePlus 3, ZUK Z2 Pro competing with the Xiaomi Mi5 with their stellar price to performance ratio, Xiaomi needs more than just the Redmi Note 3 to turn tables.