After a massive delay, HTC has finally made the Desire 630 budget handset available in India at a competitive price of Rs 14,990. Unveiled way back in February during Mobile World Congress, HTC announced the 630 last month at an event in India. However, it can now be purchased in offline as well as HTC’s online eStore. 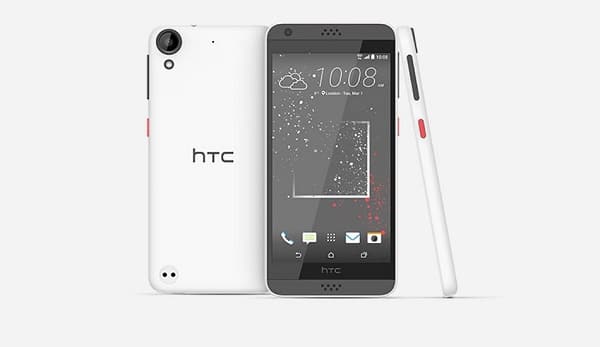 On the specifications side, the Desire 630 features a 5-inches HD Super LCD panel up front along with a painted-speckled plastic body. There’s a Quad-Core Snapdragon 400 processor clocked at 1.6GHz, Adreno 305 GPU for graphics, 2GB of RAM, 16GB internal storage which is expandable up to 128GB via a MicroSD card and a paltry  2200mAh removable battery. It runs on Android 6.0 flavoured with HTC Sense 7 UI and additionally, the 630 supports Dual SIMs, Bluetooth 4.1, Wi-Fi 802.11 b/g/n and 4G LTE. HTC has also packed Boomsound with Dolby Audio speakers present on the front. Lastly, it rocks a 13MP rear BSI sensor with an aperture of f/2.4, LED flash and for selfies, it houses a 5MP front facing camera with a f/2.8 sensor. Customers will have the option to choose between two color variants – Graphite Grey Remix and Stratus White Remix, both of which are flaunting unique patterns.

HTC has been trying to restore its brand image for quite some time, although, none of their efforts seem to be working. Their latest flagship has been disregarded mostly due to its unjustified cost and the budget handsets they’re constantly launching are just aren’t capable enough to compete with other contenders like the Moto G Plus, Lenovo’s ZUK Z1 and more. Furthermore, HTC is yet to launch a couple more phones including the Desire 830, HTC 10 Lifestyle, both of which were announced last month. The HTC One X9, a mid-range smartphone priced at Rs 25,990 will also be going on sale later this month.

Was this article helpful?
YesNo
TechPP is supported by our audience. We may earn affiliate commissions from buying links on this site.
Read Next
What is UPI Lite and How to Enable it on Any Device [2022]
#Desire 630 #HTC #india