Microsoft’s latest bait for students to buy a Surface Pro 4 is the Xbox One. Yes, you read it right Microsoft will be offering students a free Xbox one with Surface Pro 4. Microsoft is literally discounting the Surface Pro 4 by $300 which corroborates with the free Xbox One. The deal is up and running starting from today and will extend all the way up to August 14. 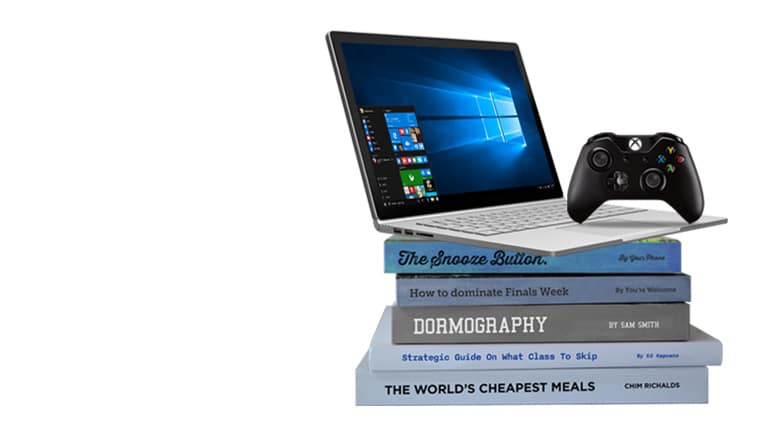 The offer comes on the heels of Microsoft discontinuing the Surface 3 lineup, a device that would have otherwise appealed to the student buyers budget. It is still unclear if the Surface 3 will have an immediate successor or if Microsoft will continue piggybacking on the more expensive Surface 4 Pro lineup.

Microsoft is expected to focus on refreshing the Surface Pro and the Surface Book line up next year. It is most likely that the company wants to sweep out the old Xbox One inventory and make way for the Xbox One S. That being said, the offer at the retail stores is valid for a purchase of Surface Pro 4 (any configuration). Unlike Apple, Microsoft is not offering a cash discount of $300 and it offers a Xbox One instead. Furthermore, Microsoft is also offering a free 32-inch TV along with a Dell PC.

Microsoft has also announced the Anniversary Windows 10 update which will start seeding for the devices starting from 2nd of August. Windows 10 is arguably one of the most popular version o Windows OS with the number of active devices totalling to 350 million. The Xbox One S sports a slimmer form factor as opposed to its predecessor and will support advanced visuals including HDR, full-fledged 4K support for Blu-Ray and can also upscale games for 4K output. The console is up for pre-order on stores like Amazon and Gamestop.

TechPP is supported by our audience. We may earn affiliate commissions from buying links on this site.
Read Next
How to Request Read Receipts in Microsoft Outlook
#microsoft #Xbox One #Xbox One S