Update: Samsung has officially confirmed that the Samsung Galaxy Note 7 will be launching on August 11th and not August 10th as we had reported earlier.

There’s no denial that Samsung Galaxy Note 7 is one of the most anticipated phones of 2016. So it isn’t quite a surprise to see the large number of rumors that are doing rounds in the web over the past weeks. While it is already confirmed that the flagship Note 7 is launching on August 2 globally, no information regarding the India launch were known so far. 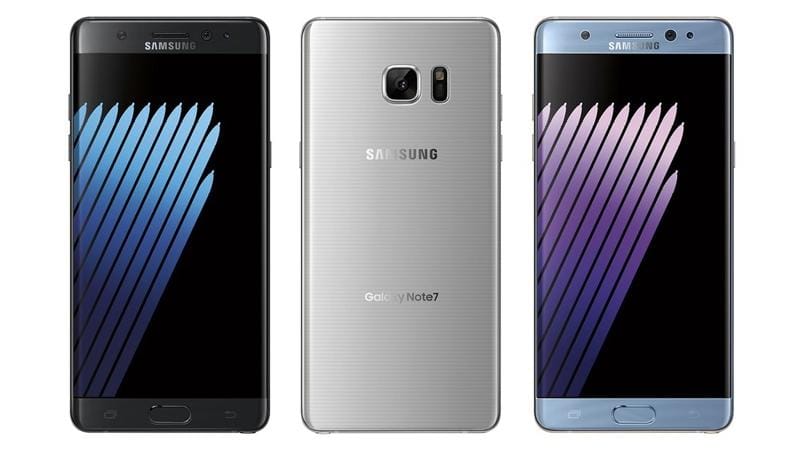 Well, it seems that the India launch isn’t far away. Our internal sources reveal that the Samsung Galaxy Note 7 may be launched on August 11th in New Delhi. 91mobiles had earlier reported that the launch will happen in second week of August, and now we have the date as well. This apparently goes against Samsung’s tradition of delaying the India launch by a month. Probably this time around, the South Korean giant is trying to capitalize on their booming Galaxy S7 sales and make the Note 7 a success as well in India.

We already know most of the specs of the Samsung Galaxy Note 7, all thanks to the large number of credible leaks and rumors. Recently, a video of the Samsung Galaxy Note 7 in all its glory got leaked on Chinese social media site, Weibo, which confirms a number of specs of the upcoming flagship smartphone. The Samsung Note 7 variant filmed in the video comes with a 5.7-inch QHD display and a Exynos 8890 chip under the hood. On contrary to some rumours though, the Galaxy Note 7 that got leaked doesn’t come with a curved edge display as found in the Galaxy S7 Edge. So chances of seeing Samsung launch two completely different variants of the Samsung Note 7 this time around is definitely on cards.

Under the hood, Samsung is expected to include the Qualcomm Snapdragon 823 chip alongside the Exynos variant in some countries . This is in line with Samsung’s tradition of selling either a Snapdragon or Exynos variant depending upon the retail market. Apart from that, the Samsung Note 7 is rumored to come with 4GB RAM, 64GB ROM (with MicroSD expansion), 12MP f/1.7 camera with OIS, 5MP front camera and a 3500mAH battery. There will also be a USB Type-C port along with a Fingerprint Sensor and Iris Scanner. It’s however worth noting that these are just rumored specs, so we might end up seeing some changes in the original retail units.

Was this article helpful?
YesNo
TechPP is supported by our audience. We may earn affiliate commissions from buying links on this site.
Read Next
Samsung Galaxy Unpacked 2023: Galaxy S23 Ultra with 200MP, Galaxy Book 3 with...
#samsung #Samsung Galaxy Note7