Virtual Reality is not something new for Samsung, in fact, the latest Gear VR released alongside the Note 7 is the fourth Gear VR iteration from Samsung. The head mounted VR now comes with a wider viewing angle of 101-degrees as opposed to the 96-degrees in its predecessor. 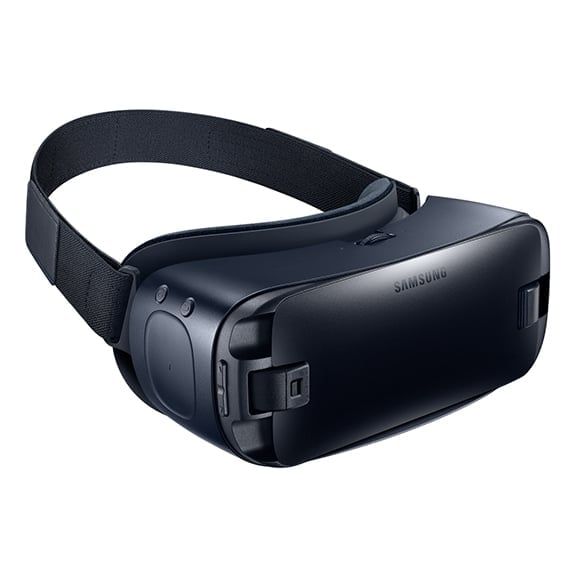 The first thing that one would notice is the new bright color scheme which is present even on the inner frame, a pleasant change from the usual white one. Samsung has further also taken care of the ergonomics and ensured that it is more comfortable when worn. The new touchpad is touted to be faster than the previous one and thankfully Samsung has still retained the dedicated button for Oculus home.

Just to add, the new Gear VR is devoid of any kind of grooves on the body, especially ones that would eventually hurt the ergonomics. The Gear VR supports Type-C but fret not it also comes with a microSD card adapter. Despite the fact that Gear VR has been released with the Note 7 it is still backward compatible with the previous iterations. But again since the Gear VR now supports USB Type-C it just cracks open a new level of possibilities. Maybe one could use it in tandem with a controller or simply any other Type-C USB peripheral deemed fit.

Now considering that you already use a Samsung device compatible with the GearVR it is worth every penny of the $99 that you would need to part with for the Gear VR and in case you are lucky some of the retailers might also pack the Samsung device with a free VR Gear. On a related note since the new Galaxy Note 7 doesn’t come with increased resolution the overall VR experience might only change marginally.

Was this article helpful?
YesNo
TechPP is supported by our audience. We may earn affiliate commissions from buying links on this site.
Read Next
Oculus Go is $199 Standalone Virtual Reality Headset from Facebook
#Samsung Gear VR #Samsung Note 7