Homegrown health-tech startup GOQii has now launched the second generation fitness band in the country today. With subscription prices starting at Rs 1,999 the GOQii 2.0 is the cheapest fitness tracker launched by the firm so far. 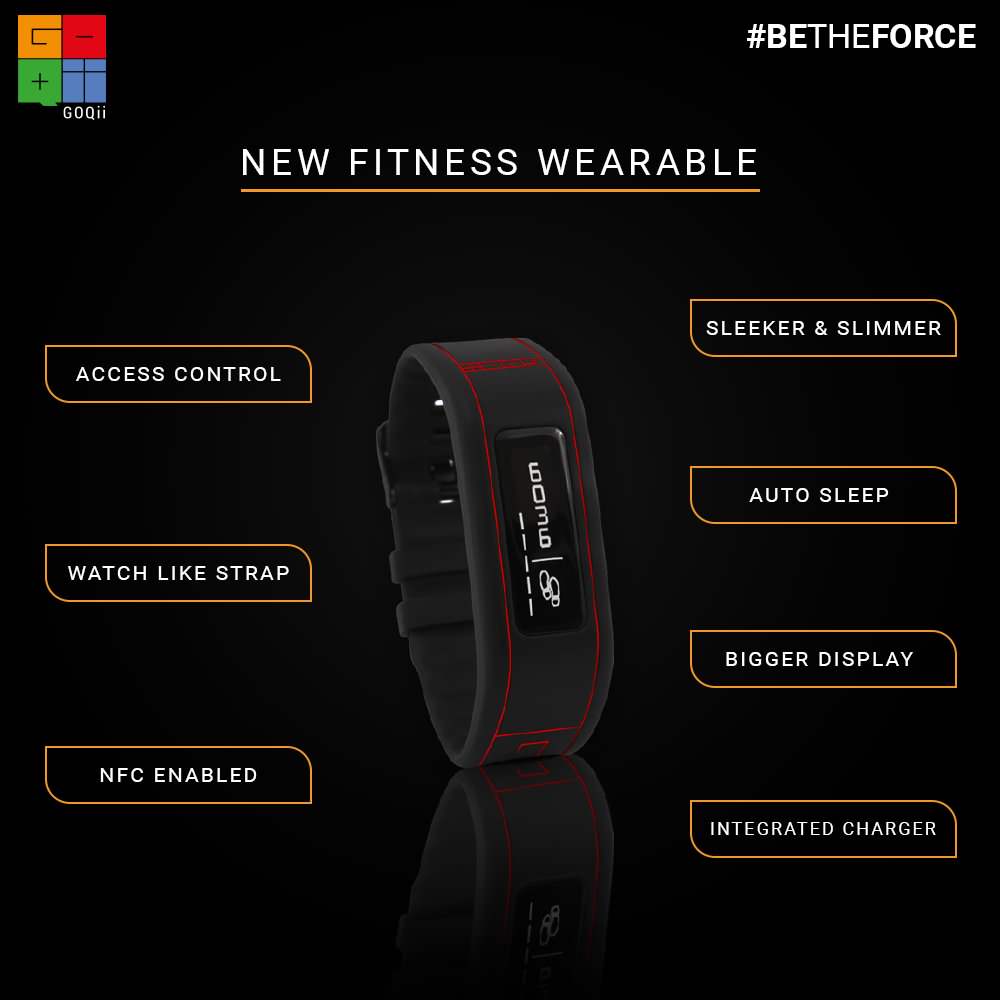 The GOQii 2.0 sports a new sleek design with a larger OLED display up top. In short, it feels like the band itself went through some strict fitness scheduled to shed a large part of its weight. The OLED display now comes with the capability of displaying notifications of calls, SMS, WhatsApp, Email, Alarm and even Inactivity alerts. Apparently, features like the In-Activity Alert and the integrated Fitness Coach is what segregates the GOQii 2.0 band from the likes of Xiaomi’s Mi Band. That said, GOQii has now slashed the prices of the user’s personal fitness coach. Personal coaching services are being offered at Rs 1,999, Rs 2,999 and Rs 3,999 for periods of 3 months, 6 months and 12 months respectively.

A major improvement over the last generation GOQii band in terms of hardware is the presence of NFC chip under the hood. This NFC chip will now allow you to make wireless payment at various portals across India. GOQii has, in fact, tie up with Axis Bank to allow their account holders to make payments at various merchant places using their fitness band. That said, paying using the GOQii 2.0 at a merchant portal would require an NFC enable POS terminals, which according to Axis Bank are found at around 1,05,000 places in India. It’s, however, worth noting that the total transaction amount using the NFC enabled band is capped at Rs 10,000 per day (Rs 2,000 at one go and total 5 transactions per day). Talking of transactions, GOQii CEO, Vishal Gondal mentioned that the firm aims to motivate their users for completing their fitness goals by providing reward points for every step they walk – and yes the points can be redeemed in exchange for real world goods. 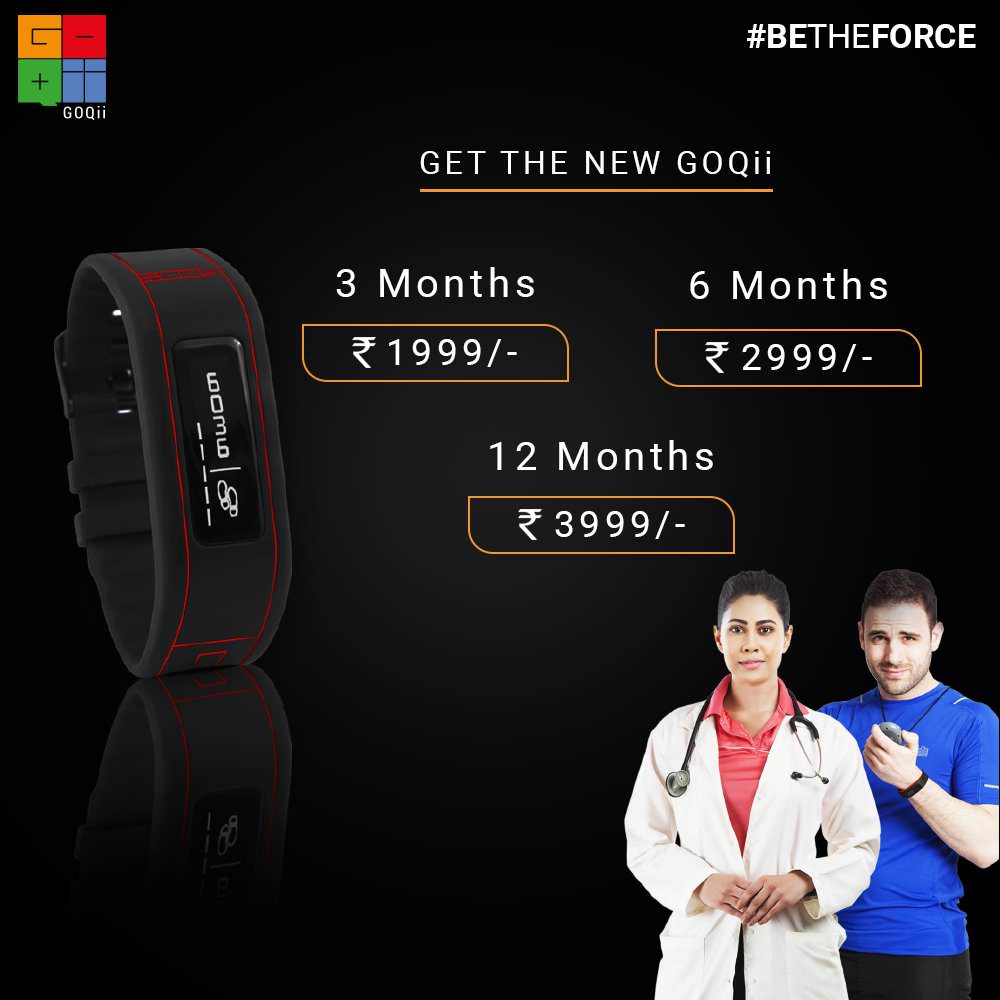 In order to provide a holistic healthcare approach to its consumers, GOQii has the tie-up with leading medical chains like Max Healthcare and Thyrocare. The partnership will help users see their Thyrocare diagnostic reports directly via the all new GOQii app. On the other hand, the doctors at Max Hospitals will have easy access to your GOQii data in case you visit them for any consultancy purposes. That said, the improved version of the GOQii app that will be available starting August 5 will contain more information regarding its fitness band users including habits and goals. The heath-tech firm claims that their new app will closely monitor user’s habit and would suggest them various means to change them if required. 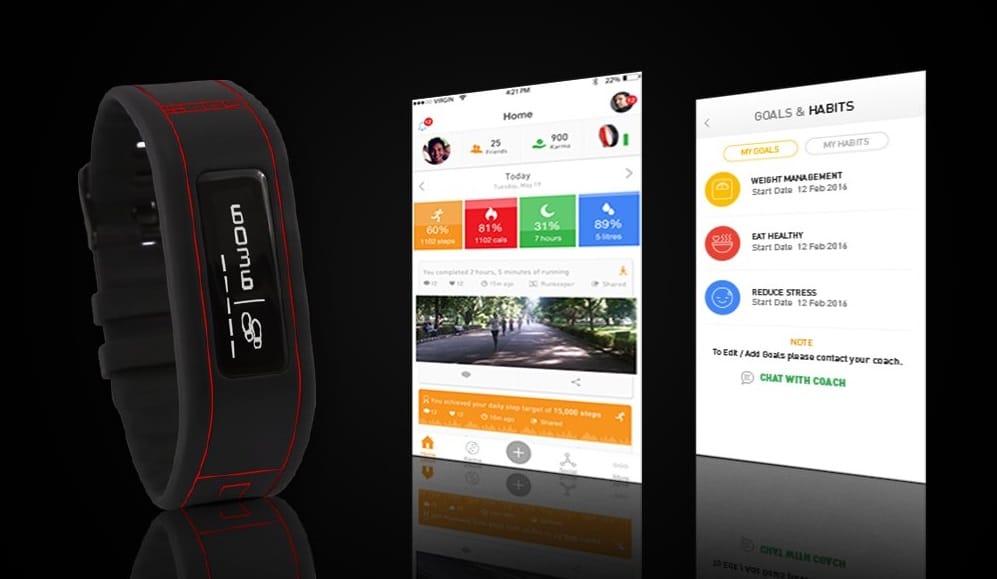 GOQii will also offer existing users an upgrade option to the all-new band at a nominal fee. The health-tech startup has announced their plans of launching a new variant of their band with an integrated heart rate sensor later this year.

Was this article helpful?
YesNo
TechPP is supported by our audience. We may earn affiliate commissions from buying links on this site.
Read Next
GOQii launches a GPS enabled smart band with Marathon coaching
#Fitness Trackers #GOQii