QuadRooter has been the latest threat in the Android world and as we reported earlier it is expected to affect a major chunk of Android devices. While Google is working on issuing the patches and sorting out the vulnerability it is now discovered that the ‘Verify Apps’ feature can block the exploit in nearly 90-percent of Android devices. 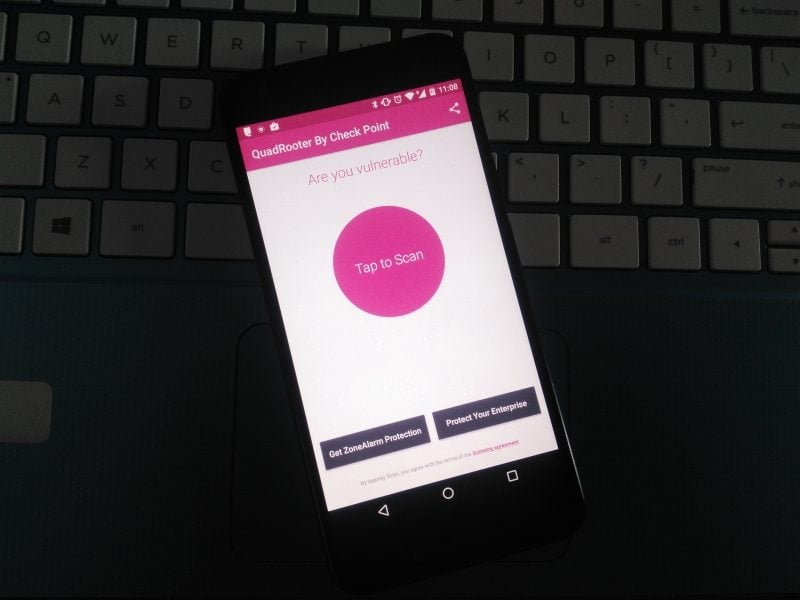 A quick recap, the QuadRooter makes way into the host device by using an app. Invariably you need to enable “Unknown Sources” from the settings and sideload the app. We had earlier warned Android users against sideloading the apps but now the Verify Feature app seems to provide an added degree of protection against such attacks.

Android Central has got an affirmation from Google stating that the Verify App indeed protects and blocks apps along with the QuadRooter. “We appreciate Check Point’s research as it helps improve the safety of the broader mobile ecosystem. Android devices with our most recent security patch level are already protected against three of these four vulnerabilities. The fourth vulnerability, CVE-2016-5340, will be addressed in an upcoming Android security bulletin, though Android partners can take action sooner by referencing the public patch Qualcomm has provided. Exploitation of these issues depends on users also downloading and installing a malicious application. Our Verify Apps and SafetyNet protections help identify, block, and remove applications that exploit vulnerabilities like these.”

In order to toggle the Verify App feature on, head over to Settings>Personal>Google>Verify App. Now this is something that will create an additional layer of security for those 900-Million smartphones at the peril. Moreover, turning on the ‘Verify Apps’ feature is more of a recommended setting.  In essence, the QuadRooter vulnerability might not be that big of a threat after all but at the same time, it is also not right to brush it under the carpet. Security measures in Android have often been questioned and it is vulnerabilities like this that challenge the integrity of the platform. The bottom line, toggle on the ‘Verify App’ feature and stop worrying about the QuadRooter, at least for now.

TechPP is supported by our audience. We may earn affiliate commissions from buying links on this site.
Read Next
How to Check and Recover Clipboard History on Android
#android #QuadRooter