Microsoft is still very much in the phone business although the rumour mills claim that they will soon discontinue the Lumia line-up. Feature phones have been temporarily erased from our memory blame the affordable price point at which smartphone sells today or our dependence on smartphone app ecosystem. However, feature phones still seem to be selling in Millions and this was one of the reasons that FIH Mobile bought Nokia’s feature phone business for $350 million. 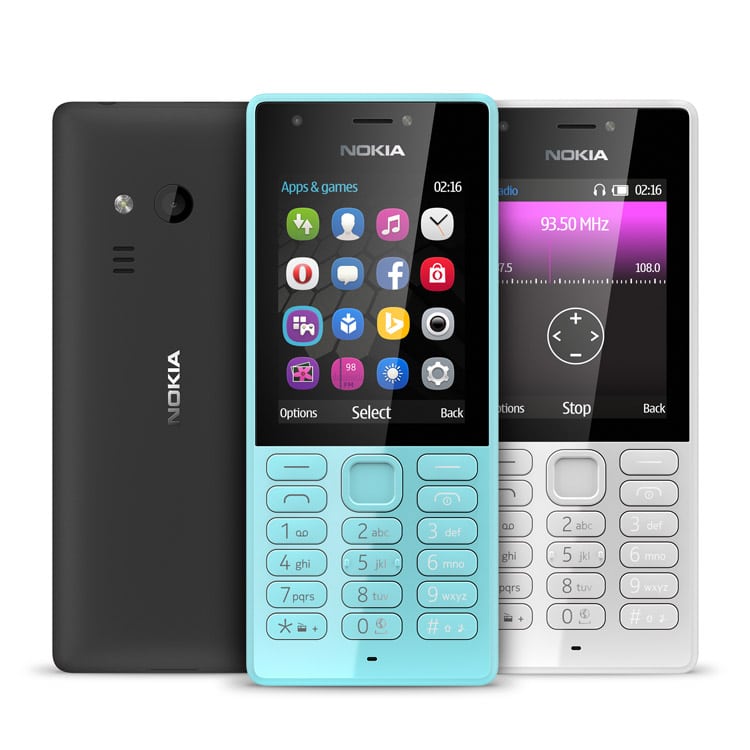 Microsoft has decided to launch the Nokia 216 a new feature phone for the Indian markets which are expected to retail at $37 starting from next month. This might very well be the last phone from the Microsoft-Nokia wedlock. The Nokia 216 is pretty many barebones and it comes with a 2.4-inch QVGA display and runs on the Series 30 OS. On the imaging front, the phone comes with a VGA sensor on both the front and the rear sides coupled with LED flash.

The Nokia 216 comes with a 16MB RAM which is adequate to run the light Series 30 OS. The phone comes loaded with basic apps including Opera Mini Browser, Opera Mobile Store and also equips a microSD card slot that supports up to 32GB. The phonebook can accommodate up to 2000 contacts and gets an FM radio receiver, 3.5mm headphone jack, and a micro-USB 1.1 port.

Priced at Rs 2,495 the Nokia 216 weighs in at 82.6g and is sized at 118 x 50.2 x 13.5mm, chunky indeed. The phone will be available in white, black or mint colors and there is no word on global availability. On a separate note, Microsoft is rethinking its mobile phone strategy and is apparently prepping a Surface branded phone next year.

TechPP is supported by our audience. We may earn affiliate commissions from buying links on this site.
Read Next
10 Ways to Fix Photos App Not Working in Windows 11 [2022]
#feature phones #microsoft #nokia #Nokia 216