WhatsApp has been getting feature updates regularly be it the recent GIF support or the encryption feature that made it more secure. With more than 1-Billion active users WhatsApp is one of the most used messaging apps across various platforms. With the recent updates, the messaging app has been picking the pace and is at par with other services like Telegram. 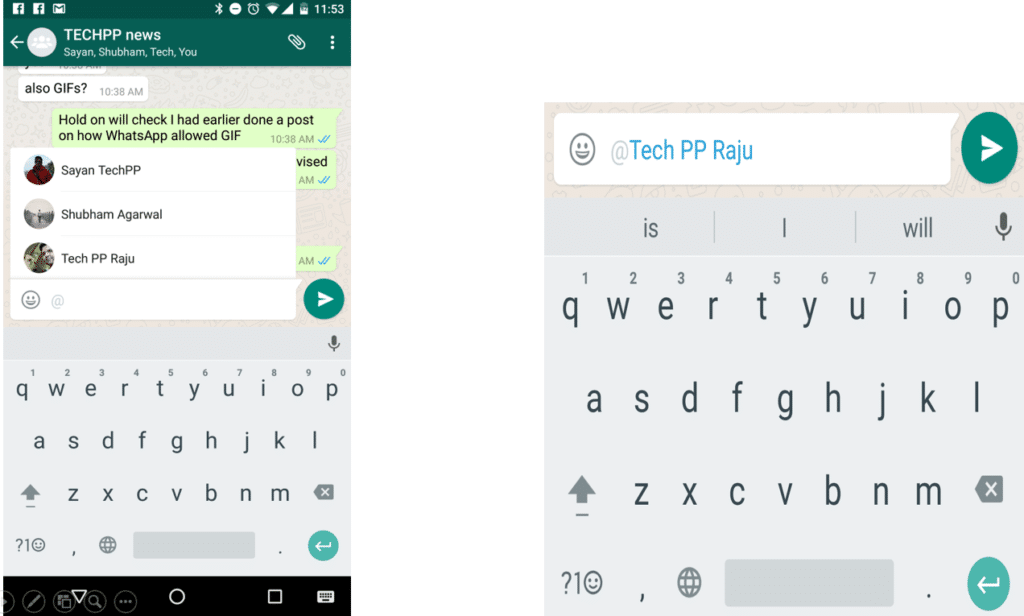 WhatsApp has been testing many features in beta and most often new features keep popping up with every upgrade. Moving on, apart from the one to one conversations WhatsApp Groups is something that has clicked with the users. While most of us use WhatsApp group for the sake of being connected with their family and friend’s others use it as an official channel to communicate stuff regarding work. WhatsApp has now introduced the tagging feature that will let you tag the group members by adding ‘@’ before their name. This feature works in line with the way we tag folks on Facebook and Twitter. The notification seems to be unchanged for mentions as of now and it’s most likely that WhatsApp will come with a different notification for group mentions in the future. As of now this feature works on both Android and iOS but not on the WhatsApp Web.

WhatsApp seems to be aiming at making the group chats better and more directive with these features. This comes as a handy feature as we at TechPP still use WhatsApp as our official chatroom since Slack failed us with its sluggish response and the not so efficient mobile app. As we said earlier the tagging feature is still in beta and to try the same all you need to do is download the latest apk from here or subscribe to the WhatsApp beta program on Google Play store. On the contrary, WhatsApp’s GIF converter feature seems to be missing from this version (2.16.272).