Google Allo Messaging App is not as Private as Google Promised

Google’s ambitious new Allo messaging client is now rolling out for Android and iOS users. The biggest highlight it flaunts, of course, is the new more conversational and natural way of querying Google’s search through the deeply baked Assistant bot. However, everything is plausible because of the constantly running machine learning algorithms that read your chats for providing the best results. This, obviously raises privacy concerns commenting on which, Google at their I/O event stated that all the messages are transient and are not at all being stored in the persistent database. 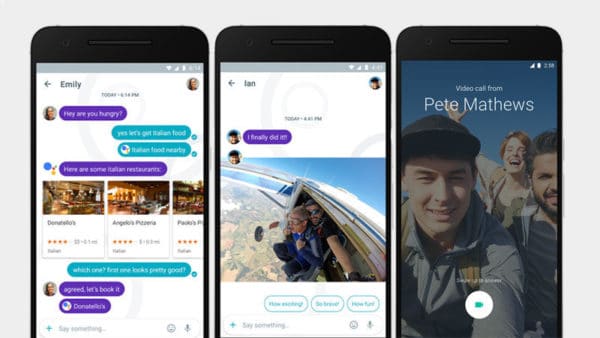 Today, however, the company has temporarily backed off from that proposition and the version of Allo launched today will store all non-incognito messages, entirely contradicting Google’s statements. The records, additionally, will be stored until unless the user manually deletes them which obviously, won’t happen in most cases. This essentially means Google will be able to read every text you send for improving the platform. You can avoid this by chatting inside the incognito/private mode where your messages will be end-to-end encrypted. Alike Gmail, your chats are still encrypted when saved and while being transferred between Google’s servers and your device.

The alteration is executed for enhancing the smart reply capability that automatically suggests a reply by reading the incoming message. Hence, more data, better outcomes. According to the Verge, engineers behind Allo mentioned storing chats permanently boosted performance substantially. Furthermore, these messages will be directly accessible for lawful warrant requests, similarly to what Google does with Gmail and Hangouts on Android. Given the recent lawsuits such as WhatsApp’s Brazil fiasco, Google might also face issues from various parties.

Google Allo is now gradually rolling out to iOS and Android, so go ahead and give it a shot. To know more about the messaging client and its features, check out our launch story.

How to View and Delete YouTube Watch History [2022]
Read Next
Source: The Verge

Android Messaging App Not Working? Try These 10 Best Fixes
What is RCS and How can it change messaging on Android?
15+ Telegram Tips and Tricks to Improve your Messaging…
Best Google Chrome Privacy Extensions to Stay Private Online
How to Always Launch any Web Browser in Private…
Best Private Search Engines to Browser the Web Privately and…