It was already a long and tiring day at college but it was still far from reaching a conclusion, so I switch on my laptop, there wasn’t a loading screen, I typed in my password and the Chrome browser pops up. I quickly head over to Google Docs and start writing an overdue article I’ve been postponing for a week. As a result, my fingers had to cram in a thousand words in three hours for matching deadlines. I submit my article and realize that my laptop’s battery life is still at 70% despite my constant keyboard smashes, streaming tracks from Saavn’s web application, and a 23 minutes episode of Seinfeld. That’s because I’m not using a regular desktop, I was working on Asus’ Chromebook Flip which is running Google’s Chrome OS. 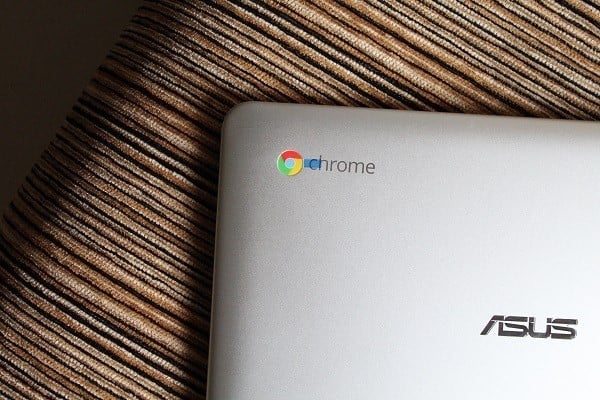 Here’s the thing: My four-year-old HP laptop has been rotten to its core and other than raw performance, there’s nothing it can offer me. It still works, performs exceptionally well thanks to the i7 processor+8GB RAM but the battery lasts only thirty minutes and it heats like a burning oven. So a couple of months ago, when I was looking for a new portable workstation, I knew iPads were out of the frame due to their limitations and costs, and budget Windows laptops were just not tolerable. What remained was a Chromebook. Unfortunately, options were quite limited in India with a couple of outdated official launches. So I turned to my American cousins (I stopped trusting eBay three years ago) and luckily, one of them was soon visiting India. I asked him politely (you know how favors work) to bring me the Asus Chromebook Flip. It was roughly a Rs 19,000 ($279) purchase and despite that, Flip comes with a gorgeous aluminum design, SD card support, an incredible track-pad+keyboard, weighs only 890 grams and more.

Also Read: Everything You wanted to Know about Chromebooks [FAQ]

The decision felt right and at the same time, didn’t break my bank account. Furthermore, this Chromebook’s display can be rotated by 360 Degrees, hence you can also use it as a tablet or any other stable position you like. However, the primary reason I bought a Chromebook is the fact that it is an actual laptop that can also function as a tablet and not a tablet with an optional keyboard. The difference is substantial and captivates largely divergent crowds. Customers also have this fallacious impression and misconceptions of what Chromebooks are and what they’re capable of. Some think they’re strictly constrained to a bunch of fundamental tasks and some still consider them as Google’s failed experiment for foraying into the notebook industry. I was also one of those people during its early development periods because computers were expected to perform almost every task we expect from a machine. Although, things have progressed a lot in the past couple of years. 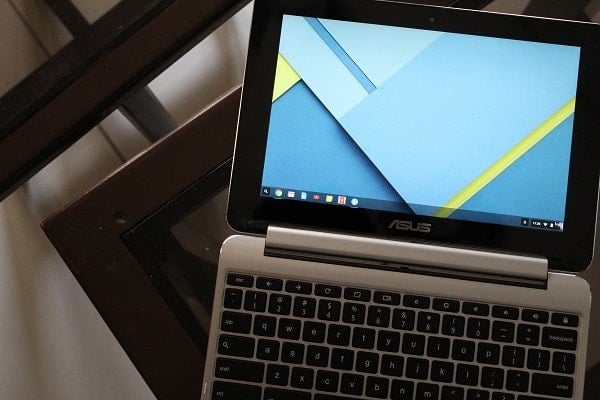 What is a Chromebook and Why It Matters Now

If you are not aware of the whole Chromebook paradigm yet, they’re relatively cheap computers that merely run the Chrome browser. Yes, that’s mostly it. If that sounds like a crazy investment, it’s because you still haven’t perceived that web services are the future and you spend the majority of your laptop time on a browser every day whether it is banking, social networking, booking tickets, what have you. Surrounded by exceedingly proficient and full-fledged Windows computers, it’s not an easy job to justify a Chromebook’s proposition. However, they don’t need rationals anymore, Chromebooks are finally gaining the pace required to lure in customers. In fact, they’ve managed to outsell Macs in the US thanks to the rapid adoption from schools. Additionally, Google has added support for Android applications in an attempt to dominate the tablet market too.

My life usually revolves around a bunch of tools and services – desktop development software suites as I’m studying computer engineering and the browser for every other digital need. My Chromebook can handle the latter exceptionally well and as you might have guessed, I don’t use those resource-hungry titles on the go (I work on my other Windows-running laptop for that). Past using the Chromebook, I was actually surprised how dependent my life has gotten on the internet. Yes, the Chromebook is mostly useless without the internet but I’ve never used my Windows machine without internet connectivity either. Some Chrome applications even offer offline compatibility including Google’s productivity suite. Moreover, like any other laptop, you can save media on Chromebooks through an SD card or download them off the internet. You can connect USB peripheral or stream content onto larger displays through the available Thunderbolt Mini HDMI opening. Furthermore, my audiophiliac desires are fulfilled through Saavn’s online web app and then there’s YouTube too. I can also take advantage of Android’s immense play store collection, however, they’re still in development and can cause crashes at times, so I mostly tend to avoid them. I do use Android applications such as JioTV or just kick back and play Alto’s adventure thanks to Flip’s touchscreen. 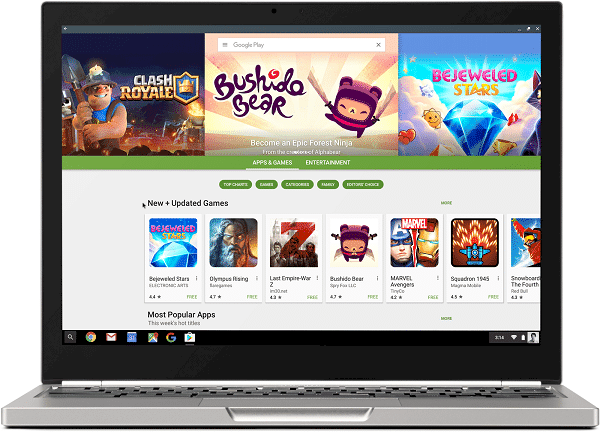 What Went Wrong with an iPad

I’ve had my fair share of experience with an iPad Air in the past too, however, there are three crucial shortcomings I faced on a regular basis. First and foremost, every keyboard I could afford was not up to the mark. Second, iPads are also extremely costly, so I had to settle for a 16GB variant which was mostly fine because I stream the majority of my content, but there are times when you don’t have an internet connection. Lastly, it’s still a tablet at the end of the day and you can’t quite utilize it completely for advanced tasks. As I mentioned before, my daily agenda revolve around a web browser and the experience you get on an iPad is just not there yet. It’s great for light users who’re primarily planning to use it as a book reader or scrolling through their Facebook timeline.

Despite my initial hesitations, there was literally nothing that led me to believe a Chromebook is any less proficient than other products at similar price range. It’s a shame that manufacturers aren’t pursuing this technology for their budget laptops/convertibles a lot more. Frankly, in my opinion, the only reason why one would avoid Chrome OS is if they want desktop games and other advanced software like Photoshop, which many don’t really want. One other crucial reason why Chromebooks haven’t penetrated the mainstream market is because the cheap ones are not good enough to work as full-fledged laptops and those who try to take a step ahead with a steep price tag make people wonder why not get a complete package if it’s available at the same price. Although, as I mentioned in one of my previous articles, Chromebooks actually have enough potential to take on the widely stagnated tablet industry, they’re cheap, powerful and can actually get some work done. They can’t function entirely through a touch-screen, but I can imagine OEMs releasing Chromebooks with detachable keyboards which would be, in my opinion, quite fascinating to see.

Chromebooks, in a certain way, are clearly are a part of the era that will entirely overhaul how we see personal computers. They might not be your next notebook purchase but they definitely a good chance to be the one after that. And for the readers who’re wondering, no, this isn’t the thousand words article I was writing as it took a bit more than three hours.

Was this article helpful?
YesNo
TechPP is supported by our audience. We may earn affiliate commissions from buying links on this site.
Read Next
How to Split Screen on Chromebook [3 Easy Ways]
#Asus Chromebook Flip #Chromebook #Featured