After unveiling the Galaxy C5 and the Galaxy C7 earlier this year, Korean electronics giant Samsung seems to be busy working on their next device. Well, it’s none other than the Samsung Galaxy C9, but what’s most interesting about it is the presence of a 6GB RAM on the inside. 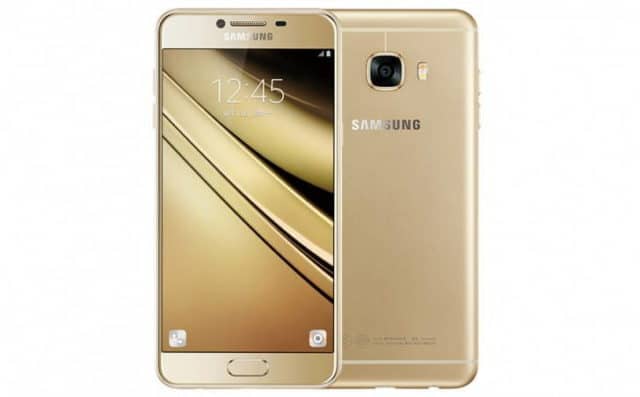 Despite manufacturers like OnePlus, Vivo, Zopo opting for a 6GB RAM chip on their flagship smartphone; brands like Samsung, LG, Xiaomi steered clear off the same. In fact, Samsung eventually included a 4GB RAM on the inside of the Galaxy Note7, inspite of initial rumours regarding a 6GB chip. However, it seems that Korean OEM is finally ready to step up its game especially in this department and their Samsung Galaxy C9 will be their first device to do so. 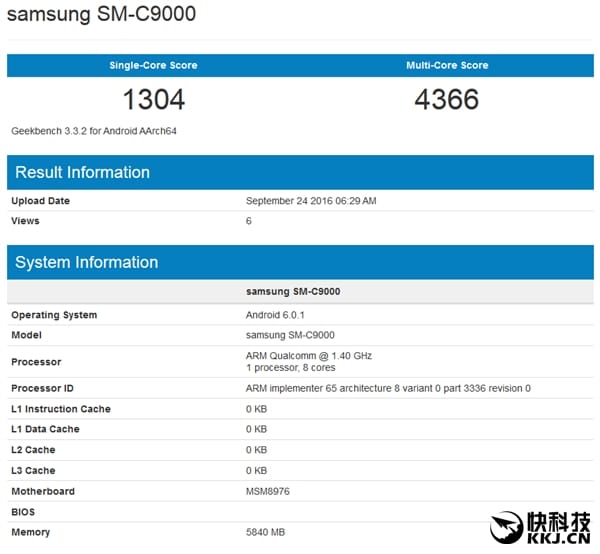 As per a GeekBench listing, an alleged Samsung device with a code name SM-C9000 is seen running a Qualcomm Snapdragon 652 octa core chip. While the listing reveals that a clockspeed of just 1.4GHz as compared to the 2GHz seen in the chip, the MSM8976 makes us believe that it indeed is the SD652. That aside, the benchmark listing reveals that the Samsung Galaxy C9 runs on Android Marshmallow 6.0.1 with the company’s own TouchWiz UI on top. Apart from these not much details are revealed by the listing. It’s however worth noting that the Samsung Galaxy C9 scores a respectable 1304 in Single Core and 4366 in Multi-Core tests. 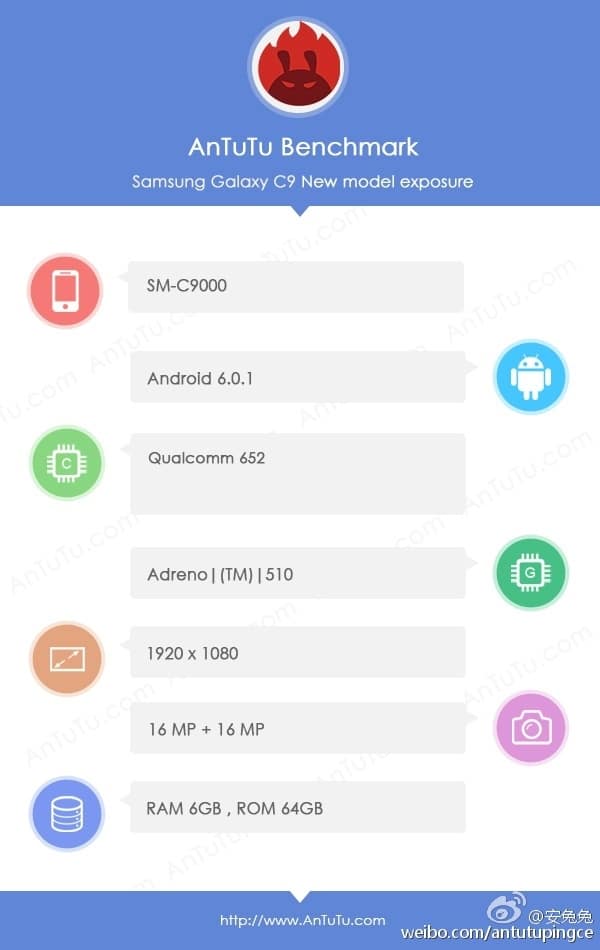 Apart from GeekBench, the alleged Samsung Galaxy C9 smartphone has now made an appearance on Antutu; which in turn reveals more details of the smartphone. As per the benchmark listing, the metal clad smartphone from the Korean giant comes with a 6 inch Full HD (1920x1080p) display and a 64GB of onboard storage. That aside, the Galaxy C9 rocks a 16MP rear camera and  16MP front shooter, thereby making it a selfie enthusiast’s delight.

TechPP is supported by our audience. We may earn affiliate commissions from buying links on this site.
Read Next
Samsung Galaxy Fold 4 Tips and Tricks: Get the Most Out of Your Phone
#samsung #Samsung Galaxy C9