Nearly after six months of discontinuing their Z lineup Sony still seems to have some fond memories of the Z Series. The company’s latest flagship which would otherwise have the name Z6 is called the Xperia XZ. Announced recently at the IFA, Sony today launched the Xperia XZ in India priced at Rs 51,990 alongside a limited prebooking offer. That said, the best buy price is a bit lower at 49,990. The Xperia XZ remains true to its ancestry and thus imaging on this phone is its unique selling point.

The Xperia XZ comes equipped with a 5.2-inch FHD Triluminos display along with Gorilla Glass 4. Furthermore, the display technology also includes X-Reality engine and Dynamic Contrast Enhancement. The device is powered by Snapdragon 820 clocked at 2.15GHz and paired with 3GB of RAM. On the storage front, Xperia XZ offers 64GB of internal storage and a microSD card slot that can accommodate up to 256GB of additional storage. Design wise the Xperia XZ looks bold and is reminiscent of the earlier Xperia X lineup. The fingerprint sensor is housed on the lock key to the left of the phone just like the Xperia X. 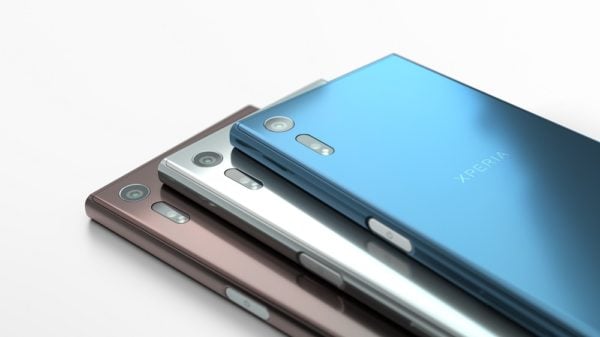 Imaging setup on the Sony Xperia XZ includes a 23-Megapixel primary sensor with triple image sensing technology and ISO rating of up to ISO 12800. The triple image sensing makes use of Sony Exmor RS sensor alongside Predictive Hybrid AF technology that helps in intelligently predicting and tracking the subjects in motion, something that we have already seen in the earlier Xperia X series offerings. Laser Autofocus Sensor with distance sensing technology aims at capturing clear images in low-light conditions. Additionally, the RGBC-IR Sensor will adjust the white balance by taking into stock the light source in the environment.

The Xperia XZ is the first phone to come with 5-axis video stabilization that lets you shoot jitter-free videos as the camera judders will be compensated in 5-different directions. This time around Sony has ensured that the Selfie camera has enough grunts to take on the competition and as a result, we have a 13-Megapixel secondary sensor with 90-degree wide angle lens.

On the connectivity front, the Xperia XZ offers 4G, VoLTE, ViLTE, VoWiFi, GPS, Bluetooth, NFC and Type-C USB with fast charging 3.0 support. Sony Xperia XZ is backed by a 2,900 mAh battery unit. The Qnovo adaptive will monitor and adjust the charging current in order to protect the battery from the damage in the long term.

The device will run on Android Marshmallow out of the box and Sony promises Android Nougat update in the near future. As with its predecessor, the Xperia XZ comes protected with IP68 certification. The Xperia XZ can be pre-booked from either the Sony Center, retail outlets or on Amazon.in starting from October 1 to October 10. Sony is giving away a SmartBand Talk SWR30 free of cost with every Xperia XZ that is pre-booked. The device will be available in Forest Blue, Mineral Black, and Platinum colors.

Was this article helpful?
YesNo
TechPP is supported by our audience. We may earn affiliate commissions from buying links on this site.
Read Next
Sony WH-1000XM5 Review: Bettering the Best
#Sony #Sony Xperia XZ