The hue and cry over the pricing of the new Google Pixel phones refuses to die down. And well, there’s a good reason for that. A lot of people identify the Google Phone (a title previously bestowed on the Nexus range) with that rare blend of seemingly contrasting qualities – cutting edge hardware and a relatively sane price tag. Yes, as we had pointed out in the past, it is not as if the Nexus devices were always super affordable – it is just that they came with significantly lower tags than similarly specced phones from other brands. And then there was the little matter of the range coming with “stock Android” and getting Android updates in a timely manner. There was considerable outrage when the Nexus 6P was introduced in India at what was seen as a premium price of Rs 39,990, so when its successor, the Pixel came with a price that was more than forty per cent higher, the excreta veritably hit the fan – Yours Truly was among those who tweeted that with the Pixel, Android loyalists had lost the right to make fun of iPhone users. And of course, there was any number of “now you need to sell a kidney for Google phones too” memes. 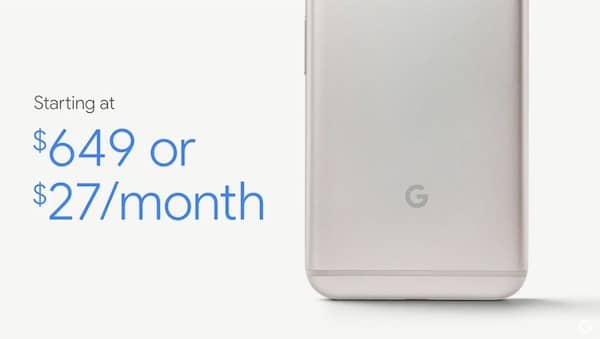 The irony is that, notwithstanding all the angst and outrage flying around about it, when looked at with a relatively open mind, the real problem of the Pixel is NOT its price. After all, it is not as if there have been no expensive Android devices in the market. Samsung, LG, Sony and HTC have conventionally priced their flagships not too distantly from the Cupertino camp. So yes, while the Pixel might not be as affordable as its predecessors that bore the Nexus nomenclature, it is hardly rare in coming with an expensive price tag. And it is not as if there have never been lower priced, similarly or even better-specced alternatives – the Galaxy Note 7 was priced higher at Rs 59,990, and we did not hear anything like the same level of complaints, notwithstanding the existence of the likes of the OnePlus 3.

No, the price might not be the strongest suit of the Pixel, but neither is it the massive Achilles Heel that some are making it out to be – there is a segment of people willing to pay a premium for what they perceive to be a great phone. The biggest chink in Google’s new phone is something that defines it much more deeply – its software. Some might find that odd, but the fact is that thanks to its relatively “open” nature (we are not going to get into the “is Android pure open source or not” debate here), the fact is that most of the features – from inbuilt Assistant to Duo – will find their way on to other Android devices. And even if they do not do so in their original form, it is a fair chance that the likes of Samsung, Huawei, Xiaomi and OnePlus will come out with similar or better features for their own devices – observe how Motorola slowly moved away from the Android Camera app in spite of its commitment to “pure” Android.

Strip it of its software and the Pixel starts looking all too mortal. For the fact is that the Pixel is not exactly the brightest bulb in terms of hardware, and is already outgunned by some of its competitors in a few departments (we already have a few 6 GB RAM device and 256 GB storage devices and there are devices with formidable cameras and displays already out there). And with Android updates not being the killer feature they once were (witness the casual pace at which Android N is being rolled out to different devices), this leaves the Pixel without any real weapons against some very formidable opposition. Unlike the iPhone, which can always call on the “the only phone with the iOS experience” to give it an exclusive touch, the stark fact is that there is not too much that is exclusive about the Pixel apart from perhaps the Google logo. You can get competing hardware at much lower prices on other devices and the software is no longer unique to it. Even most of its now-exclusive features will inevitably – if slowly in some cases – make it away to its Android brethren.

Google can make the Pixel unique – for a while at least – by making the next Android update a compelling one, adding features that others might take time to adapt to their own Android eco-systems (it could be something as simple as using the phone as a Wi-Fi hotspot, as seen in the Froyo-2.2- update). But until then, the Pixel is just going to be a device with high-end specs running Android.

And there are plenty of those around.

Was this article helpful?
YesNo
TechPP is supported by our audience. We may earn affiliate commissions from buying links on this site.
Read Next
With Football Manager 2023 Touch, Apple Arcade finally has its “killer ...
#Featured #Google Pixel #Opinion