Samsung is all set to enter the premium Chromebook market with its Chromebook Pro and thanks to a bunch of online retailers who accidentally listed the product, we now a first look at the device. The Chromebook Pro features a rotating hinge and is priced at a steep price of $499. 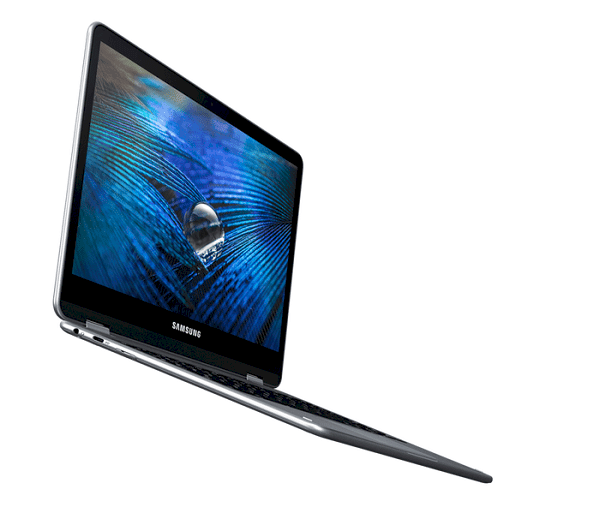 In terms of specifications, the Chromebook Pro comes with a 12.3-inch display ((3:2 aspect ratio)  with an impressive resolution of 2400 x 1600 pixels and 400 nits brightness. There’s a 360-degree rotating hinge meaning you can use it either as a tablet or laptop or anything else you find the most suitable. Under the hood, it is powered by a 2 GHz hexacore processor (two Cortex-A72 cores and four Cortex-A53 cores), 32GB internal storage, and 4GB of RAM. Samsung has also included a sufficient array of ports including two USB Type-C ports, a headphone jack (yes, we need to mention that now), and an SD card slot. While the exact battery details are missing from the website, it does say that the device can last up to 10 hours.

However, that’s not the reason why you would want to purchase it. The Chromebook Pro flaunts a rich aluminum build that is 13.9mm thin and weighs merely 1.08kg. Furthermore, there’s an inbuilt slot for housing a stylus, which apparently Samsung is calling, the “PEN” instead of S-Pen. Yes, this is the first Chromebook to bundle a dedicated slot for stylus which is actually quite intuitive and the fact that it can run Android apps, you can benefit from Samsung’s wide range of S-pen services. As one would expect, it runs the latest version of Google’s Chrome OS with support for Android applications. Additionally, Samsung is also offering an ad-free, one-year subscription of AirDroid. 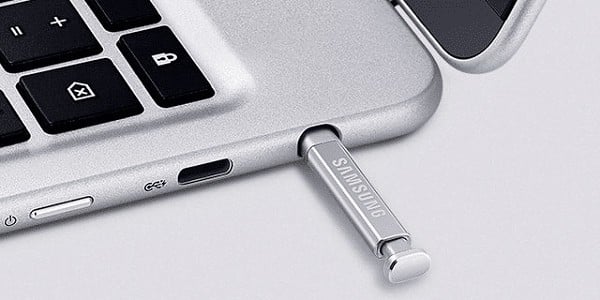 Also Read: The Chromebook FAQ: Everything You Need to Know

The Samsung Chromebook Pro is currently available for pre-order on a couple of websites such as Adorama for $499 and is expected to go on sale somewhere around October 24th. At this price point, Chromebook Pro will face stiff competition from products such as Dell’s Chromebook 13, however, on paper, the former is a bit ahead. Although, Chromebooks haven’t been able to succeed in the premium segment, let’s see if Samsung manages to change that.

TechPP is supported by our audience. We may earn affiliate commissions from buying links on this site.
Read Next
Samsung Galaxy Fold 4 Tips and Tricks: Get the Most Out of Your Phone
#chrome os #Chromebook Pro #samsung