Huawei has officially announced the Kirin 960, it’s high-end chipset that will go into the company’s next flagship offering. The chipset makes use of ARM’s new Cortex-A73 that are rated for the high performance alongside four low-powered A53 core. Huawei has produced the chipsets using 16nm manufacturing process and it employs the big.LITTLE architecture for optimum power delivery. Huawei has also incorporated ARM’s latest Mali-G71 MP8 GPU for better graphics. 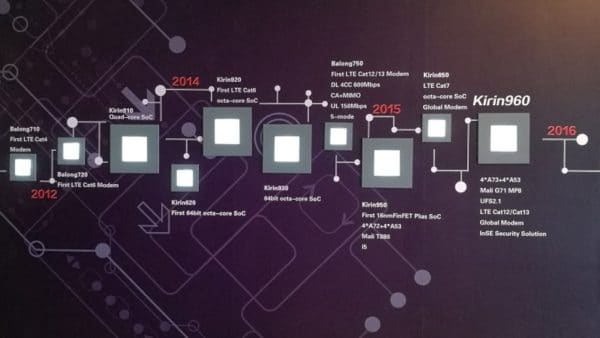 At the demo, Huawei demonstrated Kirin 960 capabilities with a test device that was pitted against the iPhone 7 Plus and the Galaxy Note 7. The demo showed the agility of Kirin 960 across a bunch of most commonly used apps. The Kirin’s forte is the multicore test where it zoom’s ahead of its competitors due to superior core management. Kirin 960’Mali-G71 GPU marks an 180% performance improvement over the previous generation Mali T880. The read/write speed have been greatly improvised thanks to the inclusion of UFS 2.1 Storage support. 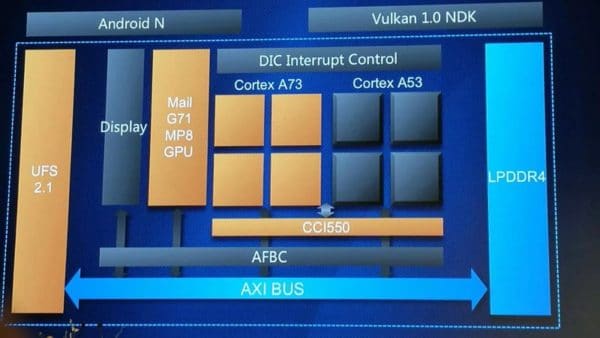 On the connectivity front, the Kirin 960 supports up to four LTE components and also comes with native CDMA support. The 4CC components for LTE will add extra channels for data throughput and will help the chipset achieve better data speeds. The Kirin 960 supports Cat.12 LTE for downloads and Cat.13 for uploads, furthermore, Huawei claims that it has improved radio performance so that is better in handling tricky situations like a high-speed moving train.

Moving on, Huawei has been touting a new ISP for its Kirin 960, the ISP boasts of taking the smartphone cameras closer to the vision of the human eye by creating clearer images and better color reproductions. The processor is also said to enable a much wider range of refocusing than its predecessors. Battery life has been of prime importance especially when it comes to high-end SoC’s that offer the best in class performance. Huawei says that the low power core in the 960 comes with smart sensing that allows the user to play Pokemon Go for more than a day, thanks to its frugal GPS.

Kirin 960 comes laced with a 3-tier security and supports the standard encryption techniques. Also, the chipset comes with inSE security design that is said to be equipped with more than 1000 anti-hacking sensors.

TechPP is supported by our audience. We may earn affiliate commissions from buying links on this site.
Read Next
Huawei FreeBuds 4i Review: A Well-Rounded ANC Performer for Its Price
#Huawei #Kirin 960