LeEco has finally stepped into the U.S markets with a slew of products ranging from smartphones, electric car, TV and a VR Headset. Alongside these products the company also announced the LeEco Superbike which is an Internet-connected bike that comes with an Android touch screen. The bike comes with 30-speed shift, onboard lighting, a fingerprint sensor, built-in alarm, location tracker and other shiny new features which your old bike probably never had. 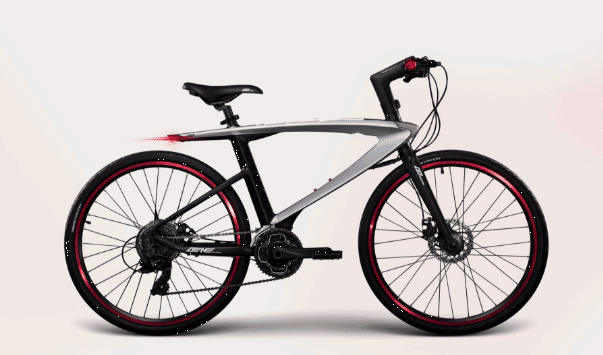 The 4-inch touchscreen of the Superbike takes the center stage and is housed in between the handlebars. The screen is powered by Android and it also comes with the EUI ecosystem which aims at blending with the other LeEco products. Bikes chassis is made out of forged aluminum and the saddle is made from leather. However, the list of novelties just doesn’t stop there as the bike also comes with a music player, a fitness app, bike-bike com and GPS voice navigation. The front and rear dual piston hydraulic brakes are designed to shorten the stopping distance and facilitate effortless braking.

LeEco Bike is expected to be priced starting with sub $1000 range and an identical variant has already been up for sale in China. LeEco also showcased its self-driving cars meant for the Streets of San Francisco today.

Disclaimer: The editor of the blog is in San Francisco to cover the launch event on invitation of LeEco

TechPP is supported by our audience. We may earn affiliate commissions from buying links on this site.
#LeEco #LeEco Superbike #LeEco USA