BlackBerry DTEK 60 is the Canadian firm’s latest hardware product that runs on a baked up version of Android. It will sit on top of BlackBerry’s lineup which includes the likes of DTEK 50, Priv, Passport and Leap.

Just like its younger sibling, the DTEK 60 too is made by Alcatel. In fact, it’s a slightly modified version of the flagship Alcatel Idol 4S. While the externals remain the same, BlackBerry has tweaked around with the internals to make their flagship device even more powerful. The BlackBerry DTEK 60 sports an all glass exterior with metal to the sides. Up front, the flagship device sports a 5.5-inch Quad HD Super AMOLED display which is the same as the one seen in the Alcatel 4S.

To bump up the performance, BlackBerry has replaced the Snapdragon 652 on the Alcatel with a top of the line Snapdragon 820 chip. That aside, the DTEK 60 comes mated with 4GB RAM and 32GB of onboard storage. Another feature where BlackBerry has played around is the camera. The DTEK 60 comes with a 21MP rear shooter that’s a marked improvement from the 16MP unit found on the original Alcatel. Besides, there’s another 8MP selfie camera up front. 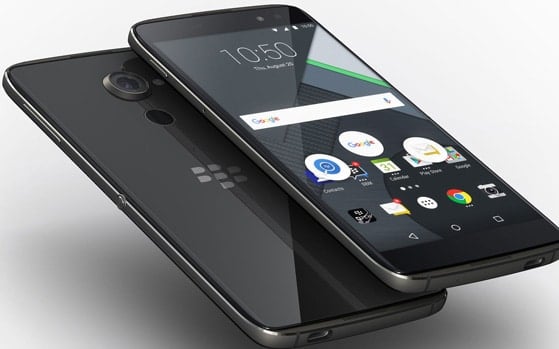 Well, that’s about all you really need to know about the hardware. As the main focus behind BlackBerry devices these days is the software running on it. Just in case you are unaware, the Canadian firm has now given up on manufacturing hardware and is instead relying on a licensing method to procure hardware from partners. With that covered, BlackBerry is more like a software firm these days, and their expertise in making device targeted at enterprise consumers is indeed helping them out.

The BlackBerry DTEK 60 run on Android Marshmallow that comes with a core integration of BlackBerry’s own apps and a number of device exclusive features. These includes features like a Hardware Root of Trust and an improved BootLoader. BlackBerry claims that their baked up version of Android results in one of the most secure Android phones available in the market. The company also includes a number of its own app including Hub, Calendar, WatchDox, SecSUITE etc.