Xiaomi has finally unveiled the Note 2 in its full glory at an event in China. The Mi Note 2 comes with a curved display and packs in an impressive set of hardware. The timing for Xiaomi doesn’t get any better than this as the Samsung Galaxy Note 7 left a void with its departure. Xiaomi was one of the first manufacturers to use 3D glass in Mi Note and in the Mi Note 2 they have used dual 3D glass. 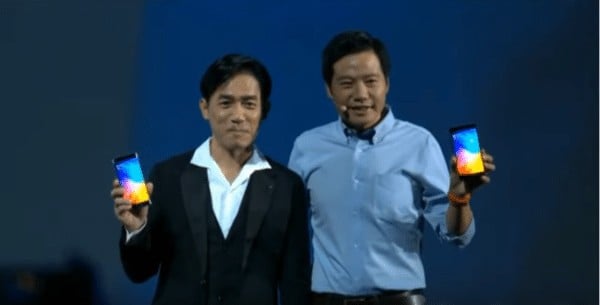 The 5.7-inch curved flexible OLED display is set at QHD resolution and it comes coated with a layer of Corning Gorilla Glass 4. Xiaomi has also baked in the 3D touch feature (which we earlier saw in the Mi 5s) that works in line with the Apple’s 3D touch. Also, the Note 2 offers an impressive screen to body ratio of 77.2%. Xiaomi Note 2 draws power from the latest Snapdragon 821 clocked at 2.35GHz and coupled with 4GB/6GB of RAM. On the storage front, the device offers a choice between 64GB/128GB of storage and comes sans a card slot.

Camera arrangements include a high-resolution  23-Megapixel IMX318 primary sensor with PDAF, dual-LED flash and an Electronic Image Stabilization (EIS) with support for 4K Videos. The secondary camera is shaped up in the form of an 8-Megapixel sensor with pixel size of 1.55 nm and offers auto focus along with beauty mode. The audio offering has also been spruced up with AQSTIC audio processor, 192KHz/24Bit Hi-Fi sound, High Dynamic and low power consumption.

The Mi Note 2 is further backed by a 4070mAh battery pack and supports quick charging feature via Type-C USB. Note series has not really marked its presence in India and hopefully Xiaomi will bring in the Mi Note 2 to India soon enough. Xiaomi has also introduced a new color called Glacier Silver which kind of looks the exact opposite of Piano Black, which is another color that the phone will be offered in. The ultrasonic Fingerprint sensor is housed in the physical home button. 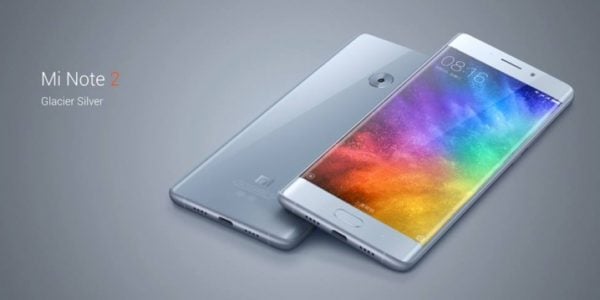 Connectivity features include the usual lot and additionally the Note 2 also comes with complete NFC support (including read, write and card emulation). Furthermore, the Mi Note 2 supports Global LTE which includes a total of 6 types and 37 Bands. As expected the device will be running Android Marshmallow wrapped up in MIUI 8.