MVNOs in India and the Opportunities they Present

MVNO stands for Mobile Virtual Network Operator. The concept of MVNO is very popular in the US and Europe. An MVNO doesn’t operate a network of its own. They rather buy talktime and data in bulk from an already well-established MNOs (the actual telecom operator) and resell them. Think of MVNOs as retailers and MNOs as wholesalers/manufacturers.

MVNOs have not existed in India with the exception of Future Group’s T24. I believe there are two key reasons why MVNOs didn’t exist in India –

The easy availability of telecom licenses meant that anyone who wanted to provide vanilla telecom services would apply for a license and build out a network. Considering that during 2008-2011, the Indian telecom market was still growing, many thought that it would make sense to apply for a telecom license and get a slice of the “growing” Indian telecom market. Secondly, the intensification of competition and subsequent introduction of pay per second plan meant that voice prices had become staggeringly low in India. Now when the MNOs themselves were making razor thin profits, it called into question the ability of an MVNO to be able to resell voice and SMS.

Although MVNOs were not popular in the past, that’s slowly changing now. The Indian telecom market is becoming more and more like its international counterparts. While there were 8 to 10 operators in the past, going forward I expect just 5 or 6 operators to survive in the market. Also, while licenses were cheap in the past and spectrum came bundled with it, that’s no longer the case. Jio had to spend $20 billion in order to set up its pan-India 4G network. 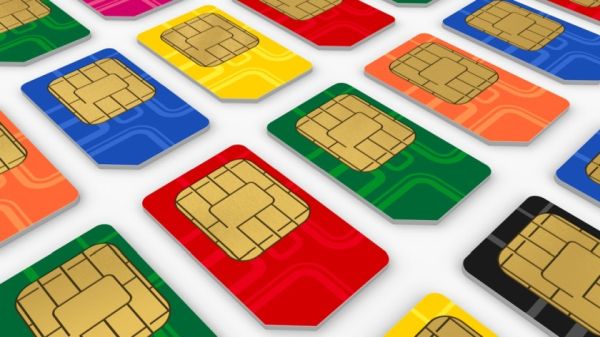 During 2008-2011, the Indian telecom market was mostly voice-centric and in this market, margins were pretty low. Although the IUC (interconnection charge) is 14p/min today, it was 20p/min in the past. There were several operators that were offering rate cutters during 2008-2011 that made voice calling very cheap. Certain operators were having rate cutters that offered all local calls to any mobile at 30p/min. That meant, considering the IUC, the net profit was just 10p/min. The 10p/min when multiplied with a scale of several million users was what allowed telecom operators to run profitable operations. There was simply very little way by which an MVNO could have offered a better deal.

Data costs aren’t regulated. When it comes to data, telecom operators need to pay various third parties such as leasing submarine cables and interconnect cost (The interconnect cost of exchanging data is fundamentally different from that of calls) . But the cost/MB has been continuously decreasing as newer technologies keep emerging. Either it’s a new air interface, or more energy-efficient network equipment or peering or something else.

Combine the increasing data usage at decreasing cost/MB with the lesser number of operators that would be present in the market going forward and you can see the economics becoming better for telecom operators in the future. With improving economies, it’s definitely possible to make a case for MVNOs that could buy data, calls, and text in bulk and resell it.

The opportunity for tech companies

Recently, DoT (Department of Telecom) started accepting the invitation for MVNO licenses. But amongst that list was no well-known tech company/startup and I really think this is a great opportunity that tech companies/startups are letting pass by. I’ll try and explain the same with the help of examples 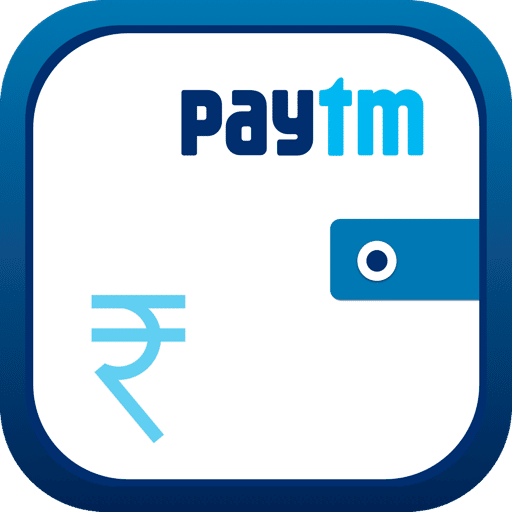 I was really surprised when I came to know that PayTM hadn’t applied for an MVNO license. If there’s one company for whom becoming an MVNO makes a ton of business sense, it’s PayTM. It is well positioned from every angle to become a great MVNO. First of all, PayTM has a lot of data. It’s one of the most dominant recharge portals in India, processing millions of recharges every month. All these recharges when taken in aggregate give unique data that can be very useful. PayTM, for example, can know which data pack is most popular in Tamil Nadu or whether people use rate cutters more in Uttar Pradesh than Gujarat.

One could argue that even a telecom operator can have similar insights, but the insight a telecom operator has is restricted to its own subscriber base. PayTM by virtue of being a neutral recharge platform can have insights into data of all telecom operators which makes the data even more valuable. Telecom operators are known to spend a lot, investing in techniques that can offer customized special offers to each user and all these offers depend on the past recharge history of the user and his/her consumption patterns. PayTM already has this data and a lot more (flight tickets, train tickets, movie tickets). They just need to process all the data and they can have some of the most targeted cellular offers for their users.

The second thing that PayTM needs to keep into consideration is that their end goal is to become a wallet provider. India has very low credit card and debit card penetration, cash is still the primary mode of transaction. But then, almost all prepaid users have a prepaid balance and if you’re postpaid then there’s a good chance that you own a credit card or a debit card. The huge number of prepaid users in India and their accompanied prepaid balances act as a virtual currency that telecom operators can tap into.

The third reason why PayTM should have got an MVNO license is their cashback scheme. PayTM is known to offer cashback for a lot of purchases and transactions. Now, if along with providing cashback, if PayTM also gave away free data or voice or SMS, it would be a killer deal. Smartphones are one of the highest sold products on e-commerce platforms. Often e-commerce platforms provide cashback, discounts etc but if they have an MVNO license, they can also provide free data, voice etc.

So we have at least three solid ideas where having an MVNO license could help PayTM, I’m sure the bright minds at PayTM could figure out even more. 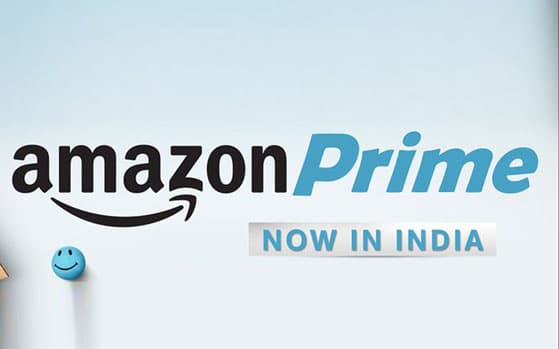 Having an MVNO license could hugely benefit Amazon as well. Everyone knows that smartphones account for the vast majority of the GMV of e-commerce websites like Amazon and Flipkart. Amazon has been killing it lately with all the exclusive smartphones it has been able to score. Now if Amazon had an MVNO license, they could have made their smartphone offerings even more attractive. What if anyone who bought a smartphone aboveRs 40,000 on Amazon gets free 2GB of data every month for one year through its MVNO? That would surely make buying from Amazon more attractive than say Flipkart.

Some would argue that smartphone growth will not last forever in India and they would be correct in saying so. But Amazon has also launched its Prime membership in India. Now Amazon’s Prime Membership relies upon Amazon adding so many features to it and making it so compelling that it’s hard to resist. What better way to make it better than adding in free/discounted cellular data, voice and text. Say, for example, Amazon could offer 30-40% discount on the offerings of its MVNO for its Prime members.

Amazon is already considering adding internet to a range of services and features Prime provides in Europe, the reason why Amazon is able to do so is because European rules require BT (Europe’s incumbent broadband provider) to share their fiber/copper with other interested parties. Same is happening in the case of MVNO where you can strike a deal with one of the MNOs and be able to provide services over their network.

Note: PayTM and Amazon are just the examples used in this article. To be honest, a whole of startups such as Flipkart, Ola and others can use MVNOs to their advantage to either increase their value proposition or add stickiness to their ecosystems.

The crucial question over here is whether MNOs will partake in the MVNO business? MVNOs would only be successful if MNOs are willing to provide access to their network. It’s difficult to predict which MNOs will open up their network for the MVNO business but some assumptions can be made. I am discounting Airtel right off the bat. Airtel has a history of not opening up its network to other operators for roaming and not relying on other operators for roaming. I don’t think Airtel would be willing to entertain MVNOs. Same goes for Jio considering the massive amount of investment that Jio has made and that it’s yet to reach a sizable subscriber base. I don’t expect them to open up to MVNOs for the potential fear of cannibalization.

I expect the weaker operators to open up for MVNOs. BSNL has already said that they are willing to entertain them and are ready to form partnerships. I also expect the merged entity of Aircel and Reliance along with Tata Docomo to open up to MVNOs. These are weak operators and would want to grab any opportunity they get for monetizing their network. I can even see operators like Idea opening up to the concept of MVNOs in certain circles. Take Tamil Nadu for example, Idea has a 4G network in Tamil Nadu but has very low revenue market share, if a potential MVNO deal can help Idea improve its revenue then Idea would open up. I’m not sure about Vodafone. Internationally, Vodafone has allowed MVNOs to use its network but the Indian market is different. Here, Vodafone is a well-entrenched incumbent and has mostly followed along the lines of Airtel but Vodafone has also entered roaming deals in the past. There is a 50-50 chance in case of Vodafone.

I think that the Indian market is becoming more and more like its international counterparts. MVNOs might end up being a part of this transformation. This is a huge opportunity for tech companies and startups operating in India. How the MVNO story evolves, which operators open up to MVNOs, which MVNOs (if any) make it big will be interesting to watch as time passes by.

Facebook invests $5.7 billion in Jio Platforms to create new…
Huawei AppGallery: What's Present and What's Not
iOS 14 iPhone Widgets: What are they and how to use?
[Review] AirPods 2 on Android: How Well do They Work?
OnePlus 8 vs OnePlus 8 Pro: How they differ?
Handing your phone to a friend? Make sure they can use only…