Apple finally upgraded its MacBook Pro lineup last night at an event in Cupertino. The latest generation notebooks bring several new additions such as the alluring touch bar, a massive trackpad, better internals, a new look Space gray edition and a whole lot more. However, Apple also had to give up a number of features Mac fans have known and loved for years. Additionally, the new MacBook Pro streamlines the I/O section and is betting big on the future of USB Type-C which also led to some unwieldy sacrifices. Hence, in this article, we discuss the five bewildering decisions Apple made with the 2016 MacBook Pro. 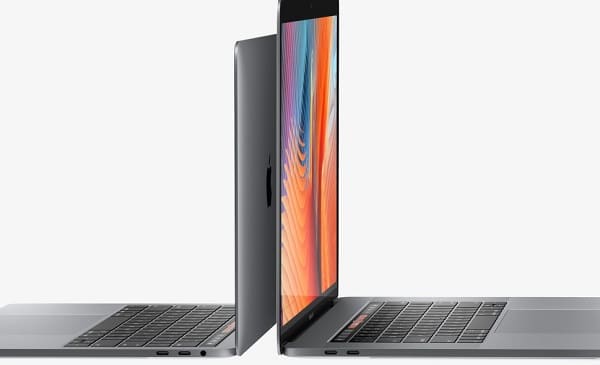 1. You Can’t Directly Connect/Charge Your iPhone

There’s no standard USB port on the new MacBook Pro which basically means, you’ll have to buy an adapter for connecting your iOS devices like the iPhone or the iPad. Ironically, you can directly charge most of the high-end Android smartphones from any of the 4 USB Type-C ports! Apple does sell its own adapter but that costs $25 and looks ugly too. Thankfully, though, accessory support for Apple products is wide enough and hopefully, you can soon get a better looking (and better priced) third-party dongle. However, I do think Apple should’ve included one in the box (for the ecosystem sake).

2. SD Card Slot is Gone Too

MacBooks have been exceedingly popular among artist community such as photographers and videographers due to its fantastic developer support. The new MacBooks though, drop the beloved SD card slot and yet again, you’ll have to buy another dongle if you’re planning to import your DSLR photos unless there’s WiFi support. But dropping the SD card slot is definitely going to be one of the major inconveniences with these new laptops.

Yes, there’s a headphone jack. Thank God for that. But if you’re invested into the iPhone 7 ecosystem, chances are you’ve learned to live without the headphone jack already. However, Apple has another hurdle for you. As you might have realized, you can’t use your lightning earphones with the new MacBook Pro because there’s no port for it. So yeah, the most valuable company on the planet did miss a lot of things with these new machines. It’s quite obvious Apple wanted to coherent the laptop’s design, however, these inconsistencies will definitely agonize some potential buyers.

Get ready to live the dongle life.

Remember the glowing partially eaten apple logo that complimented every posh coffee shop in the town? That’s gone too. The 2016 MacBook Pro, alike the MacBook they introduced last year, has a standard glossy brand logo on the back which doesn’t glow. Ouch!

If you ever had a friend who owns a MacBook, he or she would’ve surely given you a live demonstration of how the magnetic charger has been designed to withstand accidental bumps. Apple thinks that’s not required anymore as humans have evolved to walk keeping cables in mind. Okay, they didn’t actually say that. But as the latest MacBook doesn’t have a dedicated charging port, Apple also had to let go the intuitive Magsafe connection. It’s surely convenient to use any of the 4 ports to charge the MacBook Pro, but Magsafe did have its own real-world convenience. Alas!

So, those were the five of the most critical flaws with the new MacBook Pro laptops (Did I mention there’s no physical function row that professionals used to keyboard shortcuts will terribly miss?). However, they’re still a significant upgrade over the previous generations. You can read more about them right here.

Was this article helpful?
YesNo
TechPP is supported by our audience. We may earn affiliate commissions from buying links on this site.
Read Next
Apple Close to Something Greater than the Mac, iPod or iPhone
#apple #MacBook Pro