The past few days have seen a section of an old Steve Jobs interview attain near viral status on the Web. Made in 1995, it features Jobs insisting that it is dangerous for “sales and marketing people” to be in charge of a company that has a near monopoly in its segment. Most tellingly, Jobs says:

When you have a market monopoly, the sales and marketing people end up running the company. The product people get run out of the company. Then the companies forget what it means to make great products. The [researchers] at Xerox PARC used to call the people who ran Xerox ‘toner heads.’ They just had no clue about a computer or what it could do…

It will not take a genius to figure out that the interview’s sudden surge in popularity comes in the wake of Apple’s MacBook event, which as always, has evoked different emotions. Some have hailed the new MacBook Pros with the new OLED Touch Bar (which is driven by the same processor as the Apple Watch Series 2) and Touch ID. But others have seen the upgrades as being more incremental than substantial.

That “incremental rather than substantial” upgrade accusation is one that has been increasingly leveled at Cupertino for a few years now. At most other tech companies, it would have been greeted with a shrug of the shoulders because after all “business is business and you cannot innovate all the time,” but at Apple, a company that has been renowned for its innovation and one which charges a hefty premium for it, that accusation can be scary and scarring. There is a feeling increasingly creeping into tech circles and even among the Apple faithful that the company that gave us the likes of the Macintosh, the iPod, the iPhone and iPad might be losing its innovative edge and becoming just another tech company that rides on its reputation rather than its innovation. 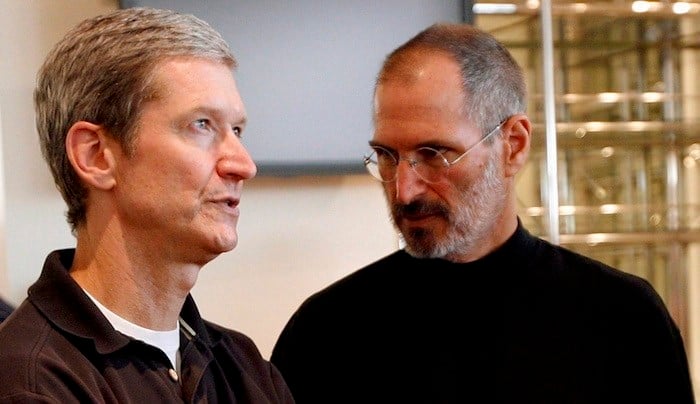 And for a lot of people, the main reason for the perceived (and we say “perceived,” because a lot of our colleagues insist that Apple remains as innovative as ever) lack of innovation is the man at the top – Tim Cook, who is seen as a “sales and marketing” person rather than as a product person, never mind that he was Steve Jobs’ own choice as his successor. “They have just gone into ‘minor update’ mode ever since he took over. The only really innovate product that has come out under his leadership is the Apple Watch, and the jury is out on whether it is a success or not,” a colleague of ours commented after the MacBook Pro event.

Some might consider this unfair. After all, how much can a company innovate? And surely, updating products is important too. Did not Apple products receive “incremental upgrades” during the era of Jobs – remember how the storage of the iPods used to keep creeping upwards with a new edition? True enough. But the fact also is that Jobs last years at Apple saw the company innovate radically like never before. Consider the evidence:

In short, in the seven years leading up to Jobs demise, Apple released nine products that set off trends and were widely “inspirational” (it is a better word than “copied”) – not all of them were massive hits, but they did reinforce the company’s image of being militantly innovative and setting trends rather than following them.

The five years since have however been relatively quiet. The MacBook, the EarPods, the Air Pods and the iPad Pros have not been seen as “radical” and the Apple Watch also did not exactly set off the wearables era that many had predicted it would (the fact that Google is going easy on Android Wear is just an indication of how popular smartwatches are at the moment). What’s worse, an increasing number of the Apple faithful are beginning to notice how the company that once prided itself on not talking about specs and instead focusing on the “experience” is suddenly referring to the spec sheet. The fact that many of the company’s products are being leaked out with stunning accuracy well in advance of their actual launch is also eroding the aura of exclusivity the brand once had.

But is Tim Cook to blame? In 2014, Yukari Iwatani Kane had shocked a lot of people when she wrote a book called “Haunted Empire: Apple After Steve Jobs,” in which she pretty much said that Cook was frittering away Jobs’ legacy of innovation, and that he would not be able to inspire the sort of culture for innovation that Jobs had because he was a very different kind of thinker – a more methodical one, minus the creative insanity that many associated with Jobs. At that time, many had felt that Kane was just trying to cash in on a certain amount of negativity that had surrounded the early days of Cook at Apple – after all, he was very different from Jobs (most people are). And well, who at that stage could say that Cook would not turn out to be a better CEO than Jobs himself? He had worked with him and after all, was supposed to be a wizard of sales and operations.

Two years later, people are not so sure.

For, not even the most die-hard Apple fans can deny the fact that some of the recent products of the company have been a tad underwhelming. The products have not been bad – nay, the iPhone remains one of the best smartphones in the world and a universal benchmark and the Apple Watch is easily the best smartwatch around, just as the iPad and the MacBook Pro are in zones of their own.

But then Apple was not about being the best, was it? No, it was about Thinking Different. About being in a very special niche.

And we strongly suspect that the marked absence of “different” in recent times has led to many wondering if Apple has actually turned its back on the people that made it special – the product people. While no one is doubting Cooks’ leadership or strategic acumen, there is a feeling that unlike Jobs, he tends to chase the market rather than the other way around – something that came to the fore during his trip to India, where many felt he was coming across as being “too needy.” “Jobs came to India seeking spiritual salvation. Cook came looking to build a market,” a colleague put it rather bluntly. It is a rather unfair statement, we think, especially as Apple itself did not exist when Jobs had come to India, but it certainly sums up the sentiment that is becoming increasingly prevalent in some places.

That Apple has turned the Product Priests out of the temple!

Yes, Sir Jony Ive does make appearances in videos and his tone is as measured as always. But what used to pass off as “eccentricity of genius” under the aegis of Jobs is now being seen as sheer “arrogance” and “insensitivity” – witness the brouhaha over the absence of the 3.5 mm audio jack from the new iPhones, the absence of a connector on the Apple Pencil and the absence of traditional USB ports on the new MacBook Pros. Jobs could tell people they were holding a phone wrong and that they did not need memory cards on their phones and tablets because he was seen as the creator, the genius who insisted that consumers did not know what they want. Cook, on the other hand, is seen as someone who actually tracks consumers and wants to expand markets so people tend to judge him more harshly. But then again, would they have been doing so if he had been a “product person”?

There are some who believe that Tim Cook is to Apple after Steve Jobs what Steve Ballmer was to Microsoft after Bill Gates – a person who knows markets better than products. Perhaps that is too simplistic an assumption, but given how radically Microsoft changed course when Satya Nadella took over the reigns and suddenly got back its reputation for mainstream innovation, it would be insane to dismiss it outright. There is a school of thought that also believes that the Nexus 6P and the Pixel devices radically improved over their predecessors, because Sundar Pichai, again a perceived “product person” was in charge.

Of course, for all we know, the new MacBook Pros and iPhones could set record sales and Cook’s defenders would then point to them and claim that the sales prove that he was right. And therein lies the paradox – they would also prove that he is a good “marketing and sales person.” Precisely the sort of person that Jobs had said results in a “company forgetting how to make great products” in that interview. Apple may not have the sort of monopoly that Xerox or IBM had but it has a massively committed fan base and a near-cult following, one that believes it is different from the others. And if the response to the Jobs interview video is any indication, there are cracks appearing in its loyalty.

What is the solution? The knee jerk brigade would advocate making Jony Ive CEO.. We cannot claim to be experts in that regard. But what we can do is end up by echoing the advice Steve Jobs gave to the students at Stanford:

Tim Cook has shown more than ample signs of being hungry.
Perhaps he needs to show the courage to be recklessly foolish as well.

He is in charge after all of a company that claims to think different.

Was this article helpful?
YesNo
TechPP is supported by our audience. We may earn affiliate commissions from buying links on this site.
Read Next
With Football Manager 2023 Touch, Apple Arcade finally has its “killer ...
#apple #Opinion #Tim Cook