Just a week back, Apple launched their new range of MacBook Pro notebooks at the ‘Hello again’ event in Cupertino. While the company indeed made some marked improvements in the new range of MacBooks, the critics and fans weren’t really happy with the removal of certain ports and increased prices. That said, Phil Schiller, the President of Worldwide Marketing for Apple has something totally different to state. 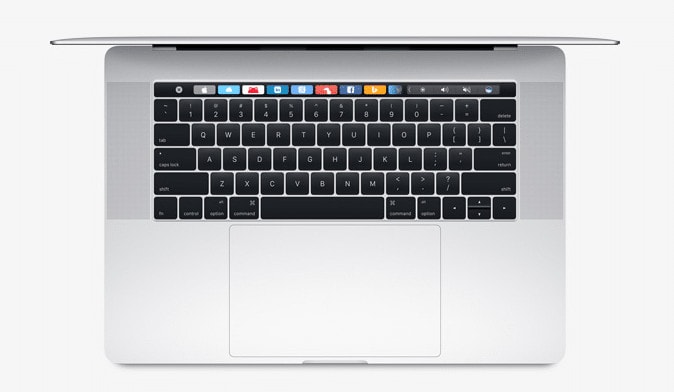 Schiller isn’t new to Apple keynotes after having taken the stage in quite a few events in the past. In an exclusive interview with the leading British newspaper, Independent, Phil stated that the Apple MacBook Pro range for 2016 has received more pre-orders on their online store than any Pro series notebooks that were launched before. Well, this is a statement that should probably silence some of the critics out there.

To give you a backdrop of things, the new range of Apple MacBook Pro notebooks have received widespread criticism from fans and media alike. For most, the concern was the high price tag of the new MBPs, and that’s quite natural too. Unlike last year, even the 13-inch base model MacBook Pro would start at a price of Rs 1,29,900 here in India. That’s a lot by all means. Nevertheless, for some, the issue wasn’t the price but was the TouchBar. While Apple has indeed used a cool new touch screen panel along with the keyboard to incorporate the touch experience onto the MacBook Pro, some fans aren’t really happy. Some claim, that Apple has whisked away from including a touch screen onto their Mac, and have instead opted for something like a TouchBar. Also, introduction of USB Type-C ports in place of Magsafe, full blown USB 3 and SD card ports has angered few fans.

Apple’s Marketing Head, however, shrugged the criticism away by stating that these kinds of criticism are expected with such a huge product launch. But at the end of the day, despite what critics say and believe; the sales figure speaks for itself. While it’s too early to verify Phil’s claims, we are expecting to see the impact of MacBook Pro in Apple’s market share once Q4 2016 reports from market analytic firms like IDC, Gartner etc comes out.

Was this article helpful?
YesNo
Source: The Independent

TechPP is supported by our audience. We may earn affiliate commissions from buying links on this site.
Read Next
Best Places to Buy Refurbished MacBook or Mac [2023]
#apple #MacBook Pro 2016