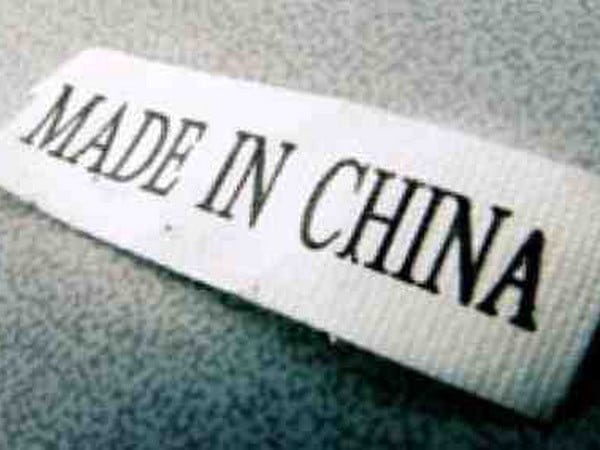 Indian smartphone OEMs such as Micromax, Intex, Lava and Karbonn used to dominate the Indian smartphone market during 2013-2014. For example, according to IDC’s Q2 2013 report, Micromax was the second largest smartphone manufacturer with 23% market share while Karbonn was third largest with 13% share. Things have changed dramatically in the years that have followed, Karbonn is no longer relevant and isn’t present amongst the top 5 smartphone manufacturers in India as of the latest quarter, meanwhile Canalys has reported that Micromax has lost the No.2 spot to Lenovo. 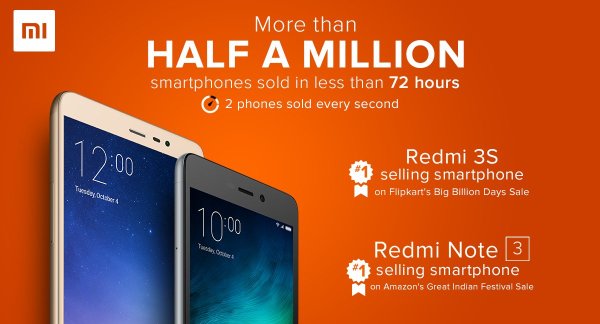 The rise of e-commerce in India has meant that online distribution channels play an increasingly crucial role. Most Chinese smartphone manufacturers have started their journey in India as online-only brands, during Q2 2015 itself online sales contributed close to 30% of smartphone sales in India. Online smartphone sales accounted for as much as 37% of total smartphone sales during the last six months of 2015 and are currently estimated to be somewhere between 33-35%.

It’s safe to say that going forward, online sales would play a major role in determining the fate of a smartphone manufacturer. When it comes to online sales, the dynamics are totally different from that of the offline world. In offline, the commission that each smartphone model carries determines their fate to a large extent. The sales executive of a retail chain can easily convince a buyer to buy a particular smartphone model even if that model has inferior specs compared to what’s available online. Also taking into the fact that most people buying through shops are generally clueless as to what the various specs of a smartphone mean, they generally go with whatever model the sales executive recommends.

Online sales channel are the exact opposite of offline ones. First of all, there’s no sales executive to steer buyers into buying a particular model. The best a company can do to promote their smartphone online is have it placed on the front page of the e-commerce website or bundle special discounts and offers. But even these moves are rendered useless considering that most people who shop online are tech savvy and know if they are getting a good deal on a smartphone or not. What ultimately matters for a smartphone to do well online is the price to specs ratio, or what we bloggers call ‘Value for Money’.

Chinese OEMs, owing to the fact that they started their journey as online-only sellers, have smartphones that provide some of the best price to specs ratio. Take Xiaomi for example, the Redmi Note 3 and Redmi 3S provide some of the best bang for the buck in the Rs 10K-15K and Rs 5K-10K range. Same goes for Lenovo. The Zuk Z1 and Zuk Z2 Plus are excellent VFM phones. A quick search on Pricebaba for smartphones costing Rs 10K-15K ranked according to VFM score shows no mention of any Indian manufacturer for the first ten results. Instead, the list is filled with the likes of Le Eco, Xiaomi and Lenovo which are all Chinese.

The inability of Indian smartphone manufacturers to compete in the online space is costing them dearly in my opinion. Micromax is literally the only one that’s trying anymore to compete online but it clearly isn’t working much (When was the last YU phone launched?). Other manufacturers like Intex and Lava never really tried much in the online segment.

Lava did have its Xolo sub-brand, but apart from some initial momentum, it hasn’t got much love recently. The growth story of Intex rests primarily on strong offline distribution in Tier 2 and Tier 3 cities selling sub $100 smartphones. 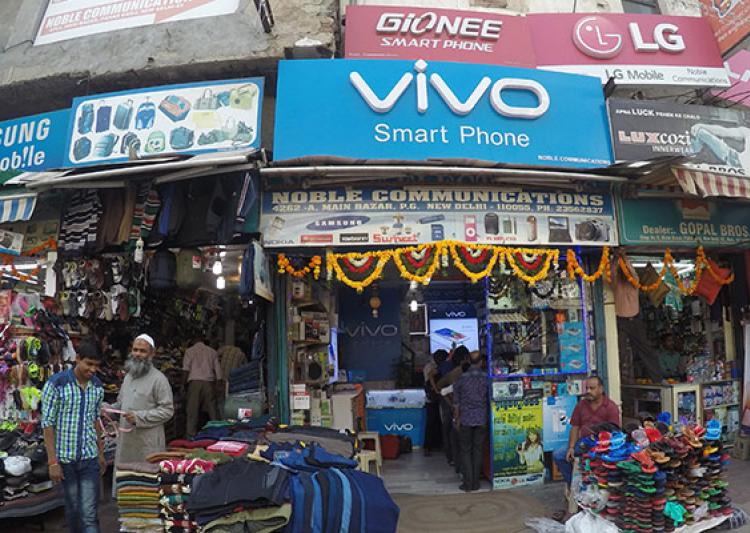 Although online was always a strong channel for Chinese OEMs, the same was not true for offline. Here, Samsung and Indian OEMs ruled it. With the exception of Gionee, hardly any Chinese manufacturer was dominant offline. But that has also started changing now. Case in point is Oppo and Vivo. Both Oppo and Vivo have made huge gains in India primarily at the back of rapid expansion and huge marketing budgets. I will quote directly from Counterpoint’s latest press release –

Oppo and Vivo, the star performers in their domestic market continue to exercise their strategy of expanding offline distribution, aggressive promotions, and attractive retail margins, saw their shipments grow 272% YoY and 437% YoY respectively during Q3 2016.

Oppo and Vivo’s strategy isn’t limited to India alone as they have used the same in China and have been quite successful over there as well. When you combine the effect of Oppo, Vivo and Gionee, it’s easy to see how Chinese manufacturers are attacking Indian OEMs in what was once a monopoly for them.

Not only Oppo and Vivo, but even online only brands such as Xiaomi and OnePlus are slowly taking steps to expand their reach offline. OnePlus partnered with Idea to showcase its smartphones in Idea stores whereas Xiaomi has been stringing a range of deals for the past year or so to expand its offline presence. Intex did manage to gain quite some momentum for the past two quarters on the back of strong offline distribution in Tier 2 and Tier 3, but that growth has been lost recently to some extent.

Chinese OEMs also immensely benefitted from the similarities in the 4G deployment that took place in China and India. Barring the 850 MHz band deployed by Jio, all other LTE bands such as 2300 MHz, 2500 MHz and 1800 MHz as well are used by Chinese telecom operators, who had started deploying 4G way back in 2013 itself while 4G deployments in India shifted into high gear only from 2015 or so.

Chinese manufacturers were already selling 4G handsets in China during 2014-2015 and when 4G started gaining traction in India, a lot of smartphones that they sold in China could be sold in India as well. The only thing that needed to be changed was probably the software considering that India uses the GMS version of Android and not AOSP. The image below from Economic Times highlights how Chinese and Global brands accounted for close to 90% of 4G smartphone shipments in India during Q1 Q2 2015 with Indian brands having just 10% share. 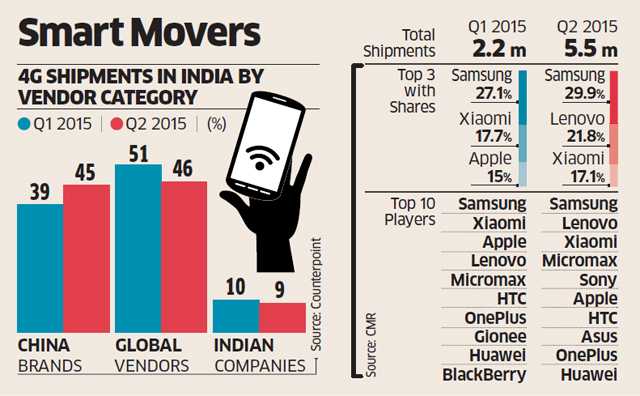 To quote from the same article:

“Chinese vendors have been dumping excess 4G inventory and playing the price game to gain market share,” said Pardeep Jain, MD, Karbonn Mobiles. “They are worried that all (manufacturing) facilities are coming to India, (so) what they will do now? These companies have wrongly projected the market demand in China and are now dumping that extra inventory in India at lower cost,” he said.

To be honest, at least to some extent, Chinese OEMs have sold smartphones in India when they were released much earlier in China. The Lenovo Zuk Z1, for example, was available in China as much as a year before its official launch in India. Also upon the launch here, it never supported the 850 MHz band, in fact, the LTE bands supported by the Indian variant of ZUK Z1 was exactly same as that of the Chinese variant.

But at the end of the day, consumers look at how much value a smartphone is providing. If a smartphone comes with 4G support, then it’s definitely a plus for the end user as it helps in future proofing and Chinese smartphone manufacturers were able to provide this plus. 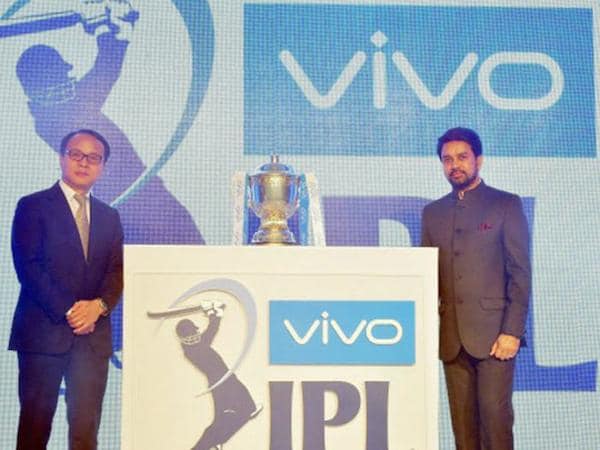 Chinese OEMs have stepped up their marketing efforts as well. Oppo and Vivo are known to spend like crazy on marketing. Vivo for example, bagged the rights to be the title sponsor of IPL for as much as two years which is no small deal. Oppo has regularly aired ads featuring Bollywood stars. Both Oppo and Vivo have also invested in setting up small kiosks outside mobile showrooms to demo their products. Apart from these two, even brands such as OnePlus and Xiaomi that earlier used to rely almost entirely on word of mouth to drive sales are engaging in commercial marketing.

Chinese OEMs have also become much better at inventory management. Earlier when Xiaomi and OnePlus were new, people always used to get angry at how the stocks used to get over in seconds. OnePlus has completely gotten rid of the problem considering that OnePlus 3 was available online without the invite system. Xiaomi still conducts flash sales but one must admit that those flash sales are less crazy than they were earlier.

While Indian manufacturers manage to sell a decent amount of smartphones every month, Chinese manufacturers generally sell 3-4 times more. Xiaomi, for example, sold 70 million smartphones in 2015. Such massive scale gives the Chinese companies the ability to distribute R&D costs on a much wider basis than Indian smartphone manufacturers can afford. Although not a first, Xiaomi Mi Mix is definitely a great concept and something that you wouldn’t expect an Indian manufacturer to pull it off. Most Indian manufacturers simply use reference designs of Chinese ODMs and in some cases, Chinese ODMs such as Foxconn and TCL which manufacture phones for Indian companies are themselves entering the market in the form of InFocus and Alcatel. Also, someone like Gionee, Oppo and Vivo own the entire design and supply chain which ensures steady supply without sacrificing quality. Lesser dependency, better execution and higher scale.

Chinese OEMs are competing from all sides – be it online, offline, marketing etc. The impact is visible as quarter after quarter major analyst firms keep highlighting how Chinese vendors are commanding a larger share of the Indian smartphone market than before. With China saturating and India being the only big smartphone market left with space for growth, Chinese manufacturers are only going to double down their bets on India. Indeed, Xiaomi’s CEO Lei Jun has already made a remark about how India is an important market for Xiaomi. OnePlus has said that India might soon be their biggest market and that’s no surprise. Indian smartphone manufacturers need to take steps soon or else their Chinese counterparts will only continue eating into their market share.

Was this article helpful?
YesNo
TechPP is supported by our audience. We may earn affiliate commissions from buying links on this site.
Read Next
What is UPI Lite and How to Enable it on Any Device [2022]
#analysis #china #Featured #india #smartphone