Snapchat glasses is something that the Internet simply can’t stop talking about. Unlike the Google Glasses they are affordable, funky and well it records both videos and stills as well. Snapchat’s glasses pair without much hassle and the single button lets you switch between video and image capturing modes. Now Apple has predominantly been sticking to its usual lineup of smartphones, tablets and MacBooks but with the onslaught of gadgets like the Snapchat glasses, Apple has to brace for the future. 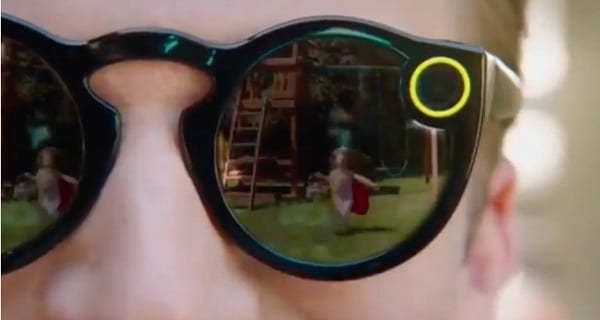 Apple has thought out its strategy and it is already prepping a digital glasses that would connect wirelessly to an iPhone and display all the information including images. The glass might also include features like augmented reality. The company is already in talks with the suppliers and has ordered a small quantity of the hardware, presumably for testing purposes. That said Apple has not ordered components in large quantities which means that the mass production is not on the horizon.

Bloomberg sources have indicated that the device would be introduced in 2018 and it is quite possible that Facebook might diversify during testing and end up with a different product altogether. The glasses might be completely based on AR and maybe this is the reason Apple has already bought Primesense, a startup involved in developing motion sensing technology, something that Microsoft is already using in its Kinect gaming controller.

Churning out a useful pair of connected spectacles is a tricky affair, Google Glasses failed on many fronts including the high pricing. Adding to the woes is the privacy concerns that might attract a boatload of lawsuits and negative attention. Apple has been pretty much relying on its old lineup of devices and is rarely diversifying, this puts it at a risk of becoming obsolete. Tim Cook has been courting the idea of Augmented Reality and was quoted at a recent conference saying that Apple will bank on AR for the long run and will continue to invest in the technology.

Apple Glasses need to be powerful enough to offer the computing capabilities that one would expect from such an offering, in fact, this puts Apple in a tight spot since the hardware they will be using currently will be outdated by the time they are done with the devlopment. Furthermore, they need to package all of this into a condensed package that will be sleek enough for people to wear. It would be interesting to see how Apple’s Glass would shape up and if it will succeed in offering an entirely new AR experience.

TechPP is supported by our audience. We may earn affiliate commissions from buying links on this site.
Read Next
Best Places to Buy Refurbished MacBook or Mac [2023]
#apple #Apple Glasses