Vivo has now announced their latest offering in India in the form of their selfie-centric smartphone V5. Apart from that, the Chinese firm is expected to unveil the Vivo V5 Plus tomorrow. These are the successor of the Vivo V3 and V3 Max that went on sale in the country last day. 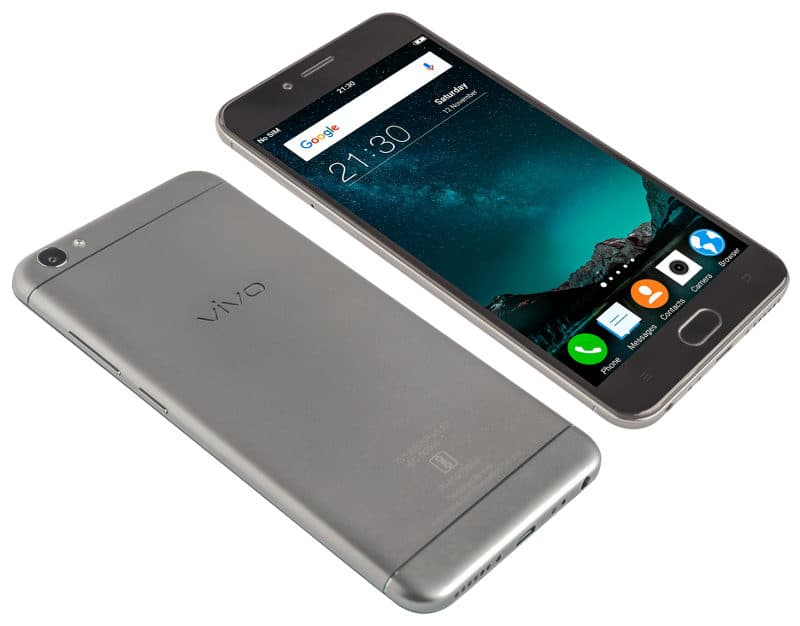 Unlike last year, the claim to fame for Vivo’s latest smartphones are its front cameras. Vivo apparently claims that their V5 Plus is the first smartphone to boast of a dual front camera setup. That said, it’s worth noting that the company’s claim isn’t really accurate as Lenovo had launched a similar smartphone before in the form of their Vibe S1.

Vivo V5 is the cheaper of the two and comes with a 20MP front facing camera. Well, it isn’t just about the megapixels though as the camera boasts of some quality hardware components. The 20MP Moonlight camera boasts of a Sony IMX 376 sensor with a 1/2.78” lens and f/2.0 aperture. It is backed by a LED flash that enables to click selfies even in a dark environment. Vivo V5, in fact, has the best front camera hardware that is seen on a smartphone so far. Its closest rivals include the Sony Xperia XA Ultra and the Vivo X7 Plus both of which pack a 16MP camera module. The rear camera module of the smartphone, however, is a standard 13MP shooter with a PDAF sensor which doesn’t warrant much attention.

Talking of specs, the Vivo V5 comes with a 5.5 inch HD (1,280 x 720) IPS LCD display with a 2.5D curved Corning Gorilla Glass up front. The smartphone itself comes in a 7.55mm slim metal unibody design that looks quite premium. Just below, the display lies a rectangular home button which houses a Fingerprint Reader. Powering the Vivo V5 is a Mediatek 6750 octa core processor which cores clocked at 1.5GHz. This is mated with 4GB RAM and 32GB of onboard storage. There’s a MicroSD card slot too for memory expansion. Apart from that, the smartphone boasts of an AK434 Hi-Fi audio chip that promises an impeccable signal to noise ratio of 115dB. It’s worth noting that the Vivo V5 packs a decently large 3,000mAH battery on the inside. 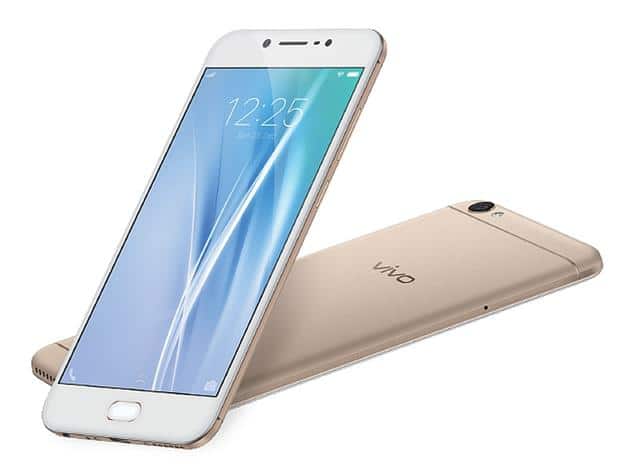 The Vivo V5 runs on Android Marshmallow 6.0 with the company’s own FunTouch OS 2.6 on top. Just like any other Chinese ROMs, the FunTouch OS does have a number of tweaks and tricks down its sleeve. One of them is a new split screen functionality which Vivo refers to as Smart Split 2.0.

The mid-range smartphone from Vivo is available in two colors namely Crown Gold and Grey. It weighs around 154g and will go on sale starting November 26 at Rs 17,980 ($265 approx.). The Vivo V5 Plus, on the other hand, comes with near similar specs, with the only differences being in the battery, display resolution, and the front camera setup. Vivo, however, hasn’t announced the smartphone yet, however, it’s set to be unveiled soon at around Rs 25,000.