HTC Desire 650 is the Taiwanese smartphone OEM’s latest take on a budget device. The struggling smartphone maker has yet again played around only with the externals of their device while packing a sub-par hardware under the hood.

The latest HTC smartphone is now listed on the company’s Taiwanese website and there’s no information regarding the global availability of the device yet. The budget smartphone comes in a unique design wherein the back of the device is made out of two virtually different segments. While the upper part of the back is made out of smooth rubberized material, the bottom half is composed of dotted engraved pattern which HTC is allegedly referring to as a ‘sculptured design’. The Taiwanese maker is in fact, touting their smartphone as something called “Double Back” which essentially is referring to this unorthodox design of the Desire 650. To justify the idea behind the design, HTC states that this new pattern back helps to offer a better grip of the device to its users. 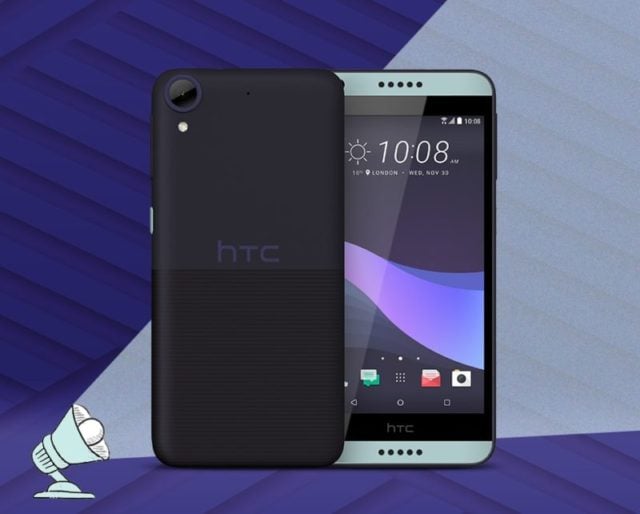 Now, let’s talk specs, and it wouldn’t take a long to realize that the externals are the only cool thing about this latest HTC device. Up front, the HTC Desire 650 sports a 5 inch HD (1280 x 720p) TFT LCD display with 294ppi along with a set of front firing speakers. These speakers apparently come with a Hi-Res audio certification and support for BoomSound audio. This, in fact, is still one of those departments where HTC ever so slightly edges its competition. Powering the HTC Desire 650 is an unknown Qualcomm quad-core chip, which we believe is either a Snapdragon 410 or 610. It’s, however, worth noting that a Snapdragon 410 smartphone may indeed be a rare possibility especially at the end of 2016. That said, nothing can be stricken out when it comes to HTC. The firm is now into the habit of bundling in old gen chipsets onto their budget and mid-range offerings. The rest of specifications include 2GB RAM and 16GB of onboard storage. There’s also room for memory expansion via MicroSD card slot. 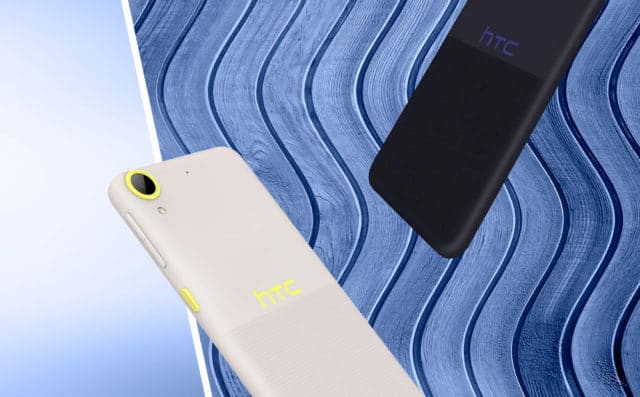 Talking of cameras, the HTC Desire 650 comes with a 13MP f/2.2 rear camera and a 5MP camera f/2.8 selfie snapper. Both the cameras are capable of shooting Full HD (1080p) videos, however, none can capture slo-mo videos. Besides, the smartphone packs a 2,200mAH battery which according to HTC will last for 17 hours (talktime) and 5 hours (browsing on Wi-Fi). The Desire 650 comes with single Nano SIM slot that comes with support for 4G LTE.

HTC Desire 650 listing on the official company website doesn’t report any specific pricing, but a report by Taiwanese publication Focus Taiwan reveal a launch price of TWD 5,490 (Rs 11,824/$172 approx.) To sum things up, HTC Desire 650 mightn’t be a ‘desirable’ smartphone; but it definitely emphasizes HTC’s keen focus towards the design aspect of their smartphone. 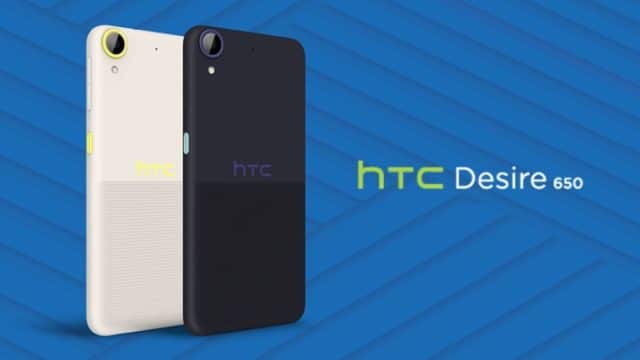 TechPP is supported by our audience. We may earn affiliate commissions from buying links on this site.
Read Next
HTC is back after a long time with Wildfire R70 with Helio P23
#HTC #HTC Desire 650