Lenovo is today extending its budget ‘K’ series in India with the launch of the K6 Power, which was originally unveiled at IFA back in September. The handset, as the name suggests, primarily attempts to lure in customers by offering powerful hardware at a relatively cheaper price tag. 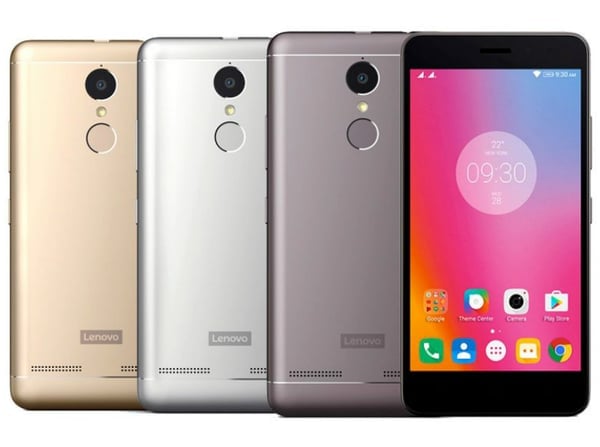 In terms of specifications, the Lenovo K6 power features a standard metal unibody build with a 5-inch Full HD IPS panel up front. Under the hood, it is powered by a Snapdragon 430 Octa-Core processor coupled with 3GB of RAM, Adreno 505, 32GB internal storage that can be expanded up to 128GB via a MicroSD card, and a massive non-removable 4000mAh keeps the engine running. Additionally, there’s a fingerprint reader placed on the back, stereo speakers with Dolby Atmos, Dual SIM support, 4G LTE, and VoLTE.

The camera arrangement includes 13MP rear Sony IMX258 lens with PDAF, a single LED flash, and a front-facing 8MP lens. On the software side, it comes with Lenovo’s custom Vibe UI skin running on top of Android Marshmallow. Moreover, Lenovo has provided a series of utilitarian features in their custom skin such as dual apps, cleaner interface, long screenshots, and app lock.The Lenovo K6 Power will available exclusively on Flipkart at a price of Rs 9,999. Sales commence from December 6th at 12PM.

At least on paper, the K6 Power doesn’t particularly bring anything appealing or unique on the table. Its major competition will be the market pioneer, Xiaomi’s Redmi Note 3 which offers similar specifications with a better processor. Lenovo is also expected to bring the rest of the handsets under the K6 series which includes K6 and K6 Note. You can read more about them here.