Amazon Web Services, at their re:Invent developer conference, introduced a slew of advanced and computing platforms to enrich their cloud offerings. Along with the upgraded workstations and networking technologies for large-scale enterprises, Amazon also unveiled what can be considered, their biggest AI push in the recent years for third-party devs. Hence, here are top five highlights you should know about. 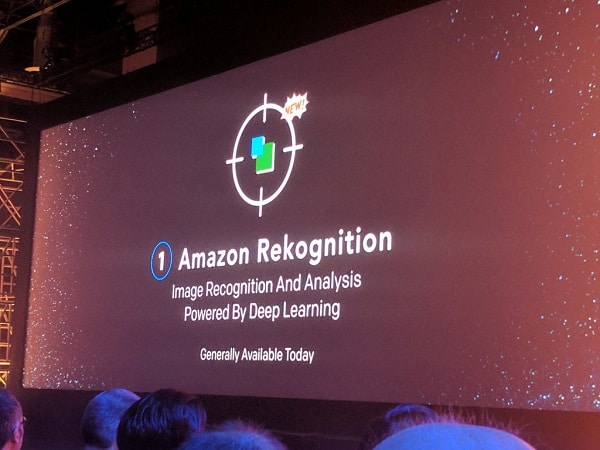 The first service announced under Amazon’s AI umbrella, is an image and object recognition technology. It is, essentially, what other conglomerates such as Microsoft and Google have been already doing for years. Titled “Rekognition”, it utilizes deep machine learning algorithms for analyzing content and return results accordingly. Developers can also use it for facial recognition and Amazon says their platform is powerful enough to differentiate between various dog breeds. Furthermore, customers will have to pay only for the images they process, hence, there will be no costs upfront. However, Amazon currently hasn’t revealed the exact pricing model. 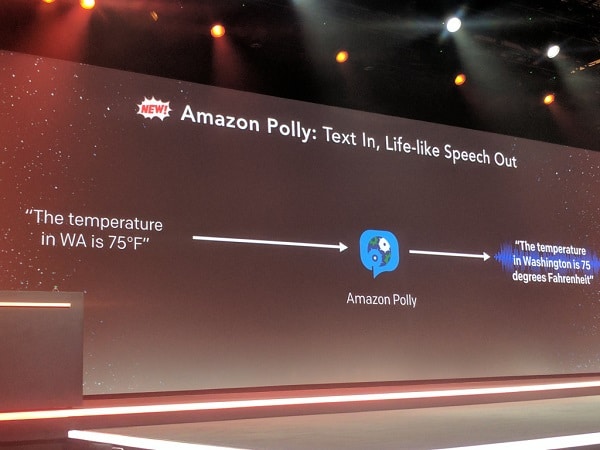 Next up is Polly which is an artificially intelligent text-to-speech service. The process has been kept quite straightforward for programmers as they merely need to send the text through SDK and Polly will yield the output. As per Amazon’s claims, Polly can accurately understand homographs. For instance, it will generate separate audios for phrases such as ‘I live in Seattle’ and ‘Live from New York’. As of now, Polly supports 47 male and female voices, and 24 languages. 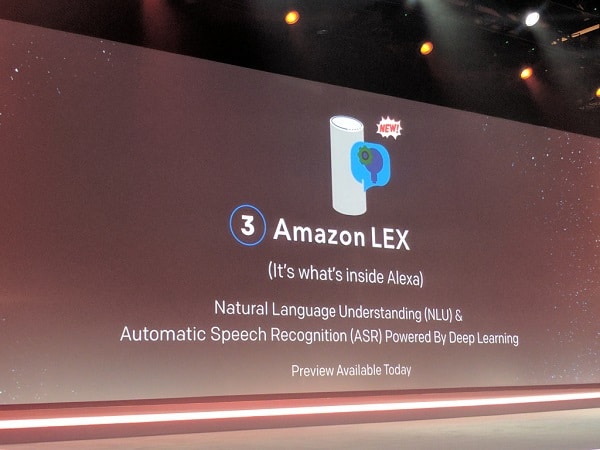 The most important component of Amazon’s AI services is, though, Lex, the technology that fuels Amazon’s own Alexa virtual assistant. Lex will enable developers to build conversational interfaces based on voice or text inputs. These applications or chatbots will be powered by automatic speech recognition (ASR) technology and natural language understanding (NLU) that Alexa employs. Thanks to Lex’s AI-enabled features, developers can configure it for processing natural interactions and subsequently, ask follow-up questions.

Bots configured through Amazon Lex can be implemented on most platforms including web apps, Slack, Facebook Messenger, and much more. Lex also comes inhabited with AWS Lambda which can invoke the required backend connection like a flight booking service, and authentication templates so that codes don’t have to create them.

For battling the more convenient virtual private cloud server providers like DigitalOcean, Amazon also launched a similar platform called “Lightsail” (Let’s just all admit that Amazon is the best when it comes to naming products). To lure in customers, Amazon has kept the setup process quite barebones where users can get started in just three clicks. Lightsail runs on the AWS Cloud which basically, allows companies to extend their projects for connecting to more advanced services by Amazon. Lightsail pricing starts at a staggering $5 per month.

(It’s not as exciting as it sounds) 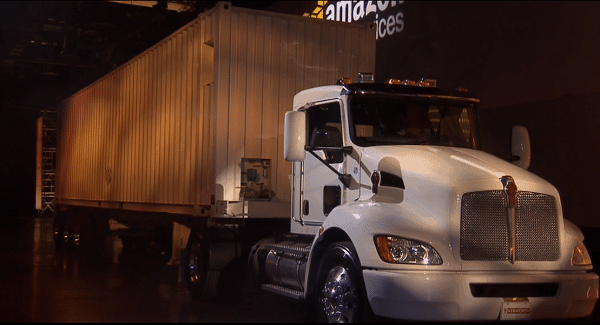 The most surprising unveiling came when Amazon brought a 45-foot tractor-trailer into the hall which is intuitively being called “AWS Snowmobile”. Snowmobile houses a container which has a capacity of storing 100 petabytes of data and is designed for large-scale companies who are planning to move their enormous storage over to the cloud. The truck can connect to a center through fiber cables and transfer at a rate of 40GB-per-second. Keep the security challenges in mind, Amazon will also graciously offer dedicated security guards and a vehicle escort.

Commenting on the launch, AWS CEO Andy Jassy said on stage, “Moving an exabyte of data would take 26 years with a 10-GB-per-second connection,With the Snowmobile, it would take six months. And you wouldn’t believe how many companies have that much data.”

This is definitely Amazon’s biggest foray into the more advanced sector and implanting their AI services with the cloud suite will surely magnify their $12 Billion business. However, their competitors including Google and Microsoft are already sustaining such platforms, therefore it will be interesting to see how they augment further for leading the market.

Was this article helpful?
YesNo
Photo Credits: TechCrunch
TechPP is supported by our audience. We may earn affiliate commissions from buying links on this site.
Read Next
12 Best Audible Alternatives: Top Free or Cheap Audiobook Apps [2022]
#AI #Amazon #AWS #re:invent