Nokia has been in the news recently as the company is slated to make a comeback in the smartphone market. Reports suggest that during the first half of 2017, we might finally see some ‘real’ Nokia-branded smartphones running on Android. This has been a dream of several smartphone enthusiasts for years. However, that dream was crushed the moment Microsoft purchased Nokia’s mobile division for $7.2 billion. 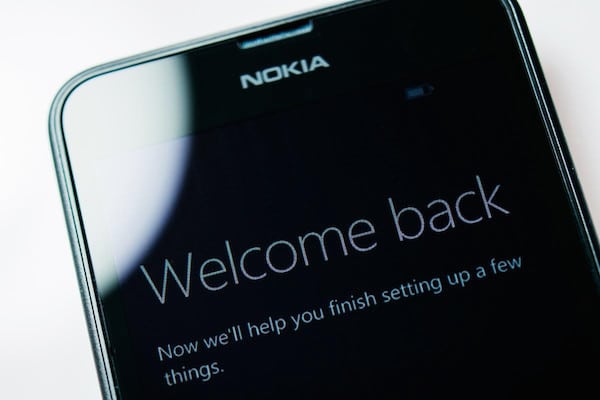 When Microsoft purchased Nokia’s mobile division, they also took with them most of Nokia’s engineering talent. Although Steve Ballmer tried to reenergize the Lumia smartphone brand, Satya Nadella has killed Lumia slowly but surely. Under Nadella, Microsoft took a huge impairment charge for Nokia, laid off several Nokia engineers as part of job cuts and killed/axed almost all Lumia smartphones under development. The part of Nokia that was responsible for designing smartphones and smartphone related R&D is pretty much dead now. There exists a Microsoft/Nokia Technologies division but the work of that division is limited to royalty collection and discovering new areas where Microsoft can get into.

All in all, the group of people that made our beloved Nokia feature phones and smartphones no longer exist and even if they do, it’s watered down significantly. So although Nokia is making a “comeback” of sorts in 2017, it isn’t the same Nokia. When Nokia sold its handset business to Microsoft, it didn’t sell its brand name and a clause enabled Nokia to make a comeback in the smartphone market using its own brand in 2017. Nokia now seems to be making use of the same clause.

Two companies named HMD Global and FIH are tasked with helping the Nokia brand make a comeback in the smartphone market. HMD Global is basically a small company based out of Nokia’s hometown Finland and it is formed by several old Nokia veterans. The CEO of HMD is Arto Nummela; he worked at Nokia for 20 years from 1994 to 2014, and the president is Florian Seiche, who used to work at Orange, HTC and Nokia, where he oversaw their businesses in EMEA.

Although the top brass at HMD is made up of former smartphone industry veterans, they possibly don’t have the engineering prowess that Nokia had during its glory days. FIH meanwhile is a Foxconn subsidiary that has the exclusive rights to manufacture Nokia smartphones and feature phones. FIH and HMD Global will collaborate together along with Nokia to sell smartphones. Although they haven’t made any claim publicly, it’s almost certain that they’ll be selling low-end and mid-range Android smartphones rather than targeting the high-end, at least to start with.

First of all, the high-end smartphone market is completely saturated with no space left for growth, it makes little to no sense to enter this segment so late. Apart from that, as I mentioned earlier, most of the employees and engineers that made the Nokia devices we loved are not part of HMD. Apple and Samsung are known to spend billions of dollars on R&D and I’m certain that a huge chunk of that goes to their smartphone business. It’s this R&D expense that helps Apple and Samsung bring in great features and distinguish their devices in the market. For example, the Iris scanner in the ill-fated Note 7 or the dual camera system in iPhone 7 Plus.

It must also be noted that just like how Nadella has been uninterested in smartphones, the CEO of Nokia i.e. Rajeev Suri has had similar intentions of cutting irrelevant parts of Nokia. The ex-CEO of Nokia i.e. Stephen Elop had at least some interest in maintaining the smartphone business. In fact, it was the relationship between Steve Ballmer and Stephen Elop that made Lumia smartphones possible and led to the eventual sale of Nokia’s handset business to Microsoft. However, just like how Satya Nadella took over the reins from Steve Ballmer, even Stephen Elop had to pass on the reins to Rajeev Suri during the sale of Nokia’s handset division. 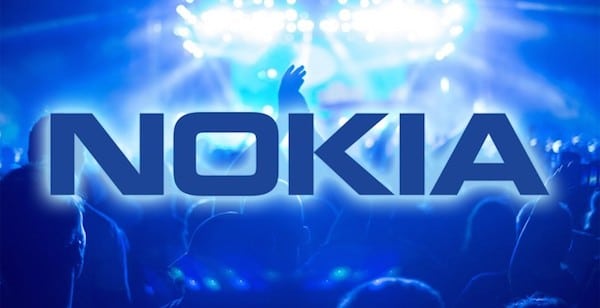 Rajeev was previously the head of Nokia’s network division and is known to have catapulted Nokia from an underdog position in the telecom equipment market to one amongst the top three. When Rajeev Suri became CEO, it was clear that Nokia would become a telecom equipment company primarily and nothing more than that. To that effect, Rajeev has also axed a lot of non-core assets. Nokia’s Mix Radio business was sold off to Line and the company sold its HERE mapping business to a consortium of German car manufacturers.

Basically, Rajeev Suri has concentrated the company’s focus on telecom equipment alone. The only unit that he kept apart from Nokia Networks was Nokia Technologies that required minimal effort and had super high gross margin. Nokia Technologies basically licensed a lot of IP and booked revenues from it. Of course, when you are in the business of licensing patents invented decades ago, it’s basically just free money for the most part.

Also, the thought of Nokia Technologies developing a smartphone behind the scenes seems even less likely considering that Nokia was in the process of merging itself with Alcatel-Lucent which is bound to take up most of the company’s time and resources. Most telecom equipment manufacturer mergers fail. Alcatel-Lucent with which Nokia was merging itself was the result of a failed merger between Alcatel and Lucent. Making sure that the redundant product lines are removed, the cultures mix and synergies are realized to the fullest extent requires a lot of work and there’s no way Nokia can be developing a smartphone amongst all of this. 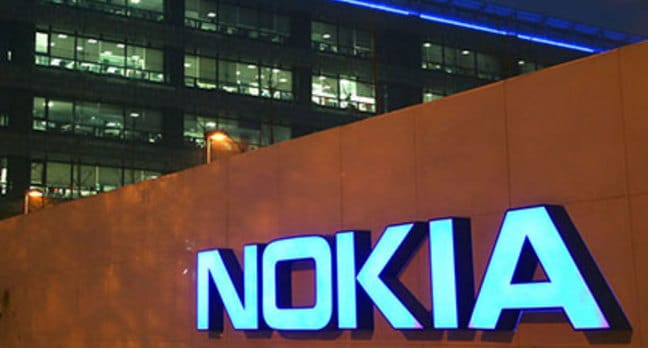 Apart from losing its engineers to Microsoft, Nokia also had to give away a lot of technologies such as the ClearBlack Display, Pureview camera etc to Microsoft. It was just the raw patents that Nokia got to keep with itself under Nokia Technologies, a lot of end inventions had to be passed on to Microsoft. If Nokia wants to develop a high-end smartphone, it needs to develop all these technologies from scratch, which considering the merger with Alcatel-Lucent, seems almost impossible.

Nokia seems to be in this just for the easy money and HMD doesn’t seem to have the engineering prowess or financial strength to truly develop a competitive high-end smartphone. Just like how Nokia Technologies helps Nokia get patent licensing revenue with minimal effort, licensing brand name and IP to HMD is also minimal effort for Nokia. Think about it, Nokia doesn’t have to manufacture smartphones or take care of distribution or marketing, they just get money from a company (HMD) using their brand and IP. The onus is on Foxconn (FIH) and HMD to make money out of it, not Nokia. FIH is the one that’s manufacturing the smartphone, while HMD is marketing and servicing. Nokia is just allowing HMD to use its name.

Also, if Nokia were to somehow magically come out with a competitive high-end flagship and sell it via HMD, it’s still going to be an uphill battle. Forget about market saturation, most high-end smartphones are sold via carriers and forging relationships with these carriers is no easy task. The marketing budget and brand awareness required are huge and no one apart from Samsung, Apple and very recently Sony have been making money in the high-end.

I feel Nokia’s comeback will be limited to mid-range and low-end smartphones. However, even in these segments, HMD is going to be the one on the driver’s seat, it’s necessary that HMD enters the correct distribution channels and the correct countries to sell its smartphones. 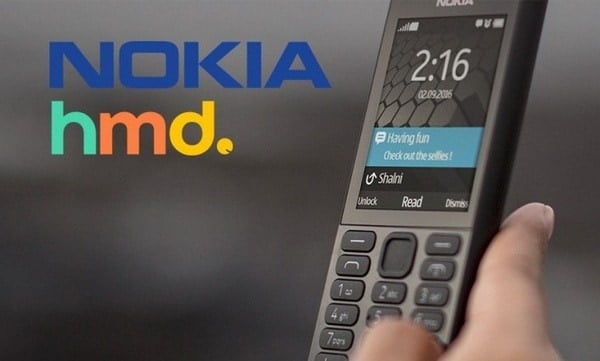 HMD would primarily want to concentrate on emerging countries like India as these countries have been a historic stronghold for Nokia thanks to its feature phones and happen to be the markets with maximum demand for mid-range and low-end smartphones. Like most Chinese manufacturers that have been entering India recently, HMD can take the online route and sell smartphones exclusively on e-commerce sites. This would help HMD in not having to set up its own offline distribution center and the marketing costs would be borne by e-commerce companies hungry to grow their GDP. However, the online smartphone market in India is basically a race to the bottom scenario, consumers buying online are hardly loyal to any brand and basically, buy smartphones that give them the best possible specs for the least possible price.

If HMD takes the online route in India, it would be forced to compete on the basis of price and would hardly get any meaningful returns. The best thing for HMD to do would be to enter the offline market selling mid-range smartphones that are accompanied by a huge marketing push. The Nokia X which also ran Android without Google services (which isn’t the ‘real Android experience) did quite well, now if HMD improved the specs a little and gave it a GMS version of Android, I’m pretty sure they could do well offline.

The Nokia brand is still something that a lot of people connect with strongly. Around 40-50% of handset shipments are still feature phones in India. Although Nokia has been consistently losing market share in the feature phone market, it still has a brand recall amongst all segments of the society. Also, these feature phone users are bound to upgrade to smartphones in the years to come. They won’t be upgrading to smartphones via e-commerce websites which they won’t even have access to on their feature phones but through retail stores in India.

If HMD can set up great offline distribution and couple it with a good marketing push, the opportunity is real here. It’s important to note that Microsoft has already sold the feature phone business and the related distribution channels to Foxconn, and Foxconn’s FIH is the one making the smartphones for HMD, so HMD already has an offline distribution channel that it can tap into. Of course, the tech-savvy people know that this isn’t the Nokia we all knew that’s making the comeback but the general public would hardly ever know.

Was this article helpful?
YesNo
TechPP is supported by our audience. We may earn affiliate commissions from buying links on this site.
Read Next
With Football Manager 2023 Touch, Apple Arcade finally has its “killer ...
#foxconn #HMD Global #nokia #Opinion