Microsoft has sort of admitted that they’ve indeed lost the smartphone war. But that doesn’t mean the Redmond giant is backing off from the mobile platform. At their WinHEC conference in Shenzhen, China, Microsoft unveiled that they’ve managed to implement the complete Windows 10 for PC on ARM processors and will be commercially bringing them as early as 2017. 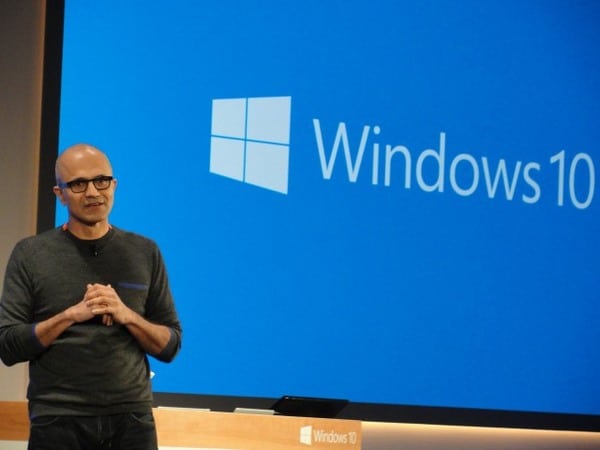 Microsoft says it’s the most substantial revolution the smartphone will encounter and honestly, we can’t argue with that given how far they’ve come with their universal platform agenda. Touting them as “Cellular PCs”, Microsoft has been able to employ the x86 code found with the Windows 10 on the mobile ARM architecture. In layman’s terms, this will essentially allow using the traditional desktop operating system as well as software on mobile processors.

Although, in the initial phase, this technology will be limited to the premium SoCs such as the recently announced, Qualcomm Snapdragon 835 which is based on the 10nm FinFET process. The Snapdragon 835 features relatively higher performance than its predecessors while lessening the power consumption and is compatible with the latest Quick Charge 4.0 technology. You can read more about it right here.

Cellular PCs will also let users run any Windows 10 app or game without any modification or repackaging at all. For demonstrating the actual potential, Microsoft showcased a device running the Adobe Photoshop app along with Microsoft Office which is quite commendable. Windows 10 will be also receiving support for electronic SIMs (eSIM) that will allow switching between various carriers and plans without any hassles. These devices will also benefit from Windows 10’s pen, touch and Hello interfaces.

While Microsoft hasn’t exactly dropped any hints about a future product just yet, this surely points at the Surface Phone which has been rumored for awhile. Additionally, it is worth noting that “Cellular PCs” won’t be just smartphones, they can be tablets, two-in-one computers or ultrabooks as running traditional desktop apps on smaller screen estate will be quite cumbersome.

Microsoft is definitely progressing further with its Mobile First strategy and if they manage to successfully widespread the idea of Cellular PCs, it will be fascinating to see what type of products OEMs come up with it. Moreover, if this project takes off, it will bring a series of challenges for Intel too.

On the Windows Blog, Microsoft Executive Vice President, Terry Myerson stated “There are barriers Microsoft must work through before we see full Windows 10 with x86 apps on a “phone.” Still, as hardware partners bring Windows 10 to more affordable, power-efficient and streamlined ARM-based tablets and 2-in-1s, rest assured, we will see the same on “phone” in time.”

He further added, “Hardware partners will be able to build a range of new thin, lightweight, power-efficient and always-connected Windows 10 PCs that run x86 Win32 and universal Windows apps.”