Any handset manufacturer who tries to price their device in excess of Rs 25,000 (~$375) these days runs the risk of being compared with what is turning out to be a veritable albatross for all premium phone manufacturers, the OnePlus 3T (now that the OnePlus 3 is being phased out after having fulfilled a similar ruffling role). So when Nubia announced that its new flagship, the Z11 would be priced at a rather pricey Rs 29,999, up went the eyebrows: would it be able to hold its own in a price band that also contains the (gulp!) OnePlus 3T? 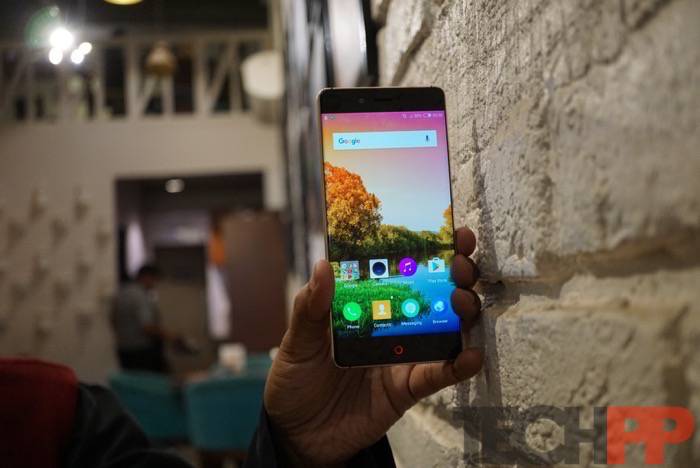 Well, after having used the device for a couple of days, my extremely qualified answer is: you know, it might well do just that! For the Nubia Z11 does have a lot going for it.

And notwithstanding all the talk of specs and camera, perhaps what really hits you about the Z11 is its design. No, it is not exceptionally different, but it is very eye-catching nevertheless. We got the gold and black edition and have had to handle our share of queries about it. 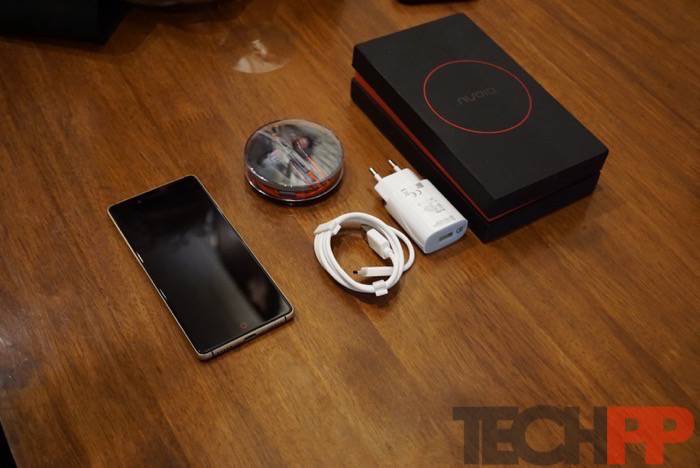 The 5.5-inch display is pretty much edge to edge, for a zero bezel look on the sides, thanks to 2.5D aRC Edge Corning Gorilla Glass (although there are bezels above and below the display). The phone is more compact than the OnePlus 3T, measuring 151.8 x 72.3 x 7.5 mm, as compared to the 152.7 x 74.7 x 7.4 mm of the latter. And at 162 grams to 158 grams, it is only marginally heavier as well. It is comfortable enough to hold and use and feels solid enough (the display has Corning Gorilla Glass 3, for those who want to know), although some might find the curved sides slightly slippery.

But forget the proportions, what really grabbed our eyes was the design of the phone. The front is jet black, with the home touch button as usual in black just below it and flanked by two other touch buttons, handling menu on the left and back on the right (although you can switch these around if you wish), and the earpiece and front facing camera above it. The metallic gold sides look attractive and give the phone a premium look, housing the volume rocker and power/display buttons on the right, the dual SIM card slots on the left (one of them is hybrid and can accommodate a microSD card), the USB Type-C port on the base, and the 3.5 mm audio jack right on top along with an infra-red port. With the display switched off, the phone looks like a jet black slab with gold borders. Classy! 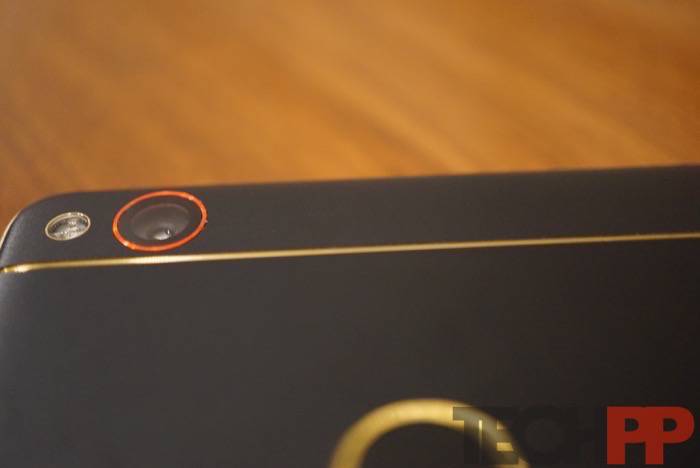 It gets classier when you flip it around. The folks at Nubia are perhaps the first major manufacturers to have understood the impact gold accents can make on a black backdrop and have used them on the antenna bands and the fingerprint sensor. These are also slightly recessed, giving the illusion that the back is actually made of a soft material (it is actually metal). And right above the top antenna band is the 16.0-megapixel camera bordered by the now-trademark Nubia red band. Put the phone face down and you will get a glitter of gold and red against a black backdrop. Yeah, as we said at the beginning of the para: classier. Right now, there’s no other phone that looks like this. Notch a design win for Nubia here. 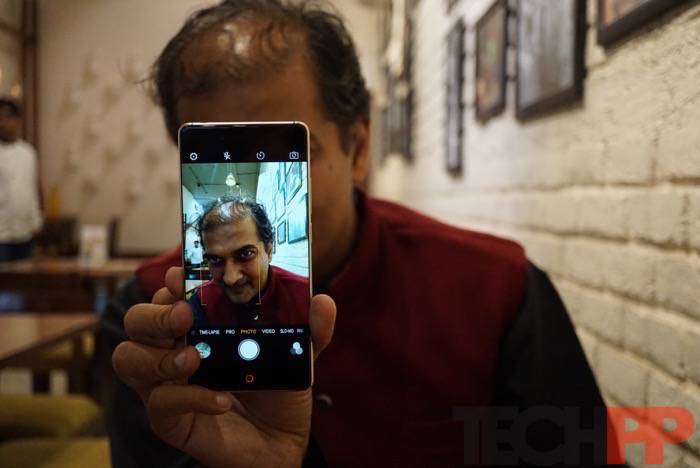 The Z11 of course also packs in some serious hardware – the display is a full HD one, and below the hood is a Qualcomm Snapdragon 820 processor with 6 GB RAM, storage stands at 64 GB and can be expanded using a microSD card if you are ready to sacrifice one of the SIM card slots. Nubia would have us believe that the 16.0-megapixel shooter (Sony IMX 298 CMOS) on the rear is the real star of the show, with PDAF and optical image stabilization aiding its cause, and there is an 8.0-megapixel snapper in front as well. Connectivity wise you get 4G, Wi-Fi, Bluetooth, NFC, GPS and Infra-red. The 3000 mAh battery comes with Quick Charge support. And running on top of all this is Android 6.0, encased in Nubia’s own UI 4.0 – one of the more feature-rich Android overlays that we have seen. 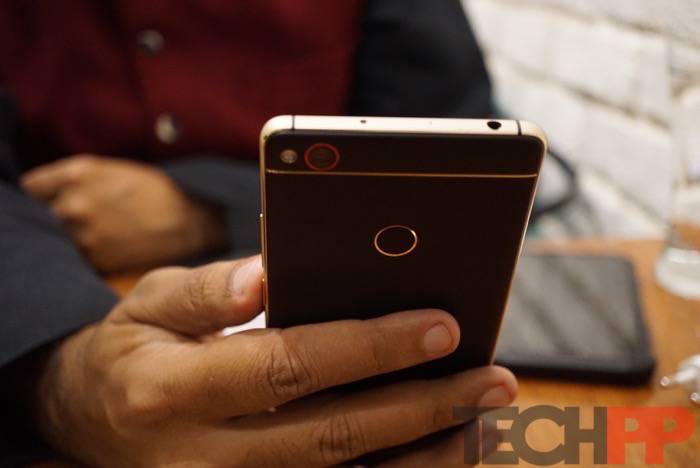 All said and done, the Nubia Z11 has got the specs and the design to pick up the gauntlet the OnePlus 3T has thrown down to all smartphone manufacturers. Can it back them up with performance? You will find out in our detailed review in the coming days. As of now, we can say that the Z11 has premium looks and specs and a price that will make some brands very worried indeed. If well begun is half done, Nubia could be halfway on its route to a winner here.

Was this article helpful?
YesNo
TechPP is supported by our audience. We may earn affiliate commissions from buying links on this site.
Read Next
[First Cut] Redmi Watch: A rather watch-ful debut
#First Impressions #hands on #Nubia Z11 #OnePlus 3T