Amazon has been working closely to revolutionize the process of product delivery using unmanned aerial vehicles or UAVs in short. Jeff Bezos led e-commerce firm has in fact, openly talked about their ambitious plan of delivering goods via drones. Now, an unearthed patent filed with US Patent Office reveals details regarding Amazon’s grand plan to make use of floating airships carrying fleets of automated drones. 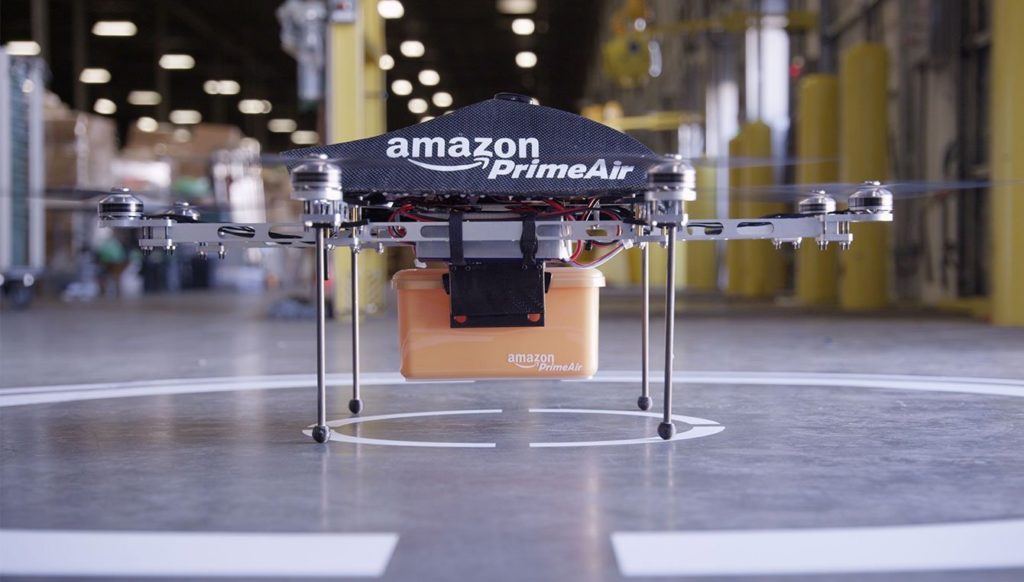 The patent described as “airborne fulfillment centers” shows Amazon’s big picture plan wherein the floating airships would function as airborne warehouses. These airships would hover over various cities at an altitude of 45,000 feet. Apart from stocking goods, the airships would also be housing fleet of drones for delivering the delivery products. So far, it seems that the drones carrying the products would be dropped with gravity from such altitudes and thereafter its motor would kick-in only after it reaches a certain height.

On successful delivery of the product to the destined customer, these UAVs/drones would automatically return to smaller airships. Just in case you are wondering, the patent filed by Amazon apparently reveals the use of two different airships. The larger of the two would function as the warehouse and launch pad for drones whereas the fleet of smaller ones would do the job of collecting the drones after the delivery is successful. As expected, these smaller airships would be flying at lower altitudes. The abstract sourced from US Patent Office further reveals that these airships would be also be used for stocking the giant warehouses that would be floating over the cities. 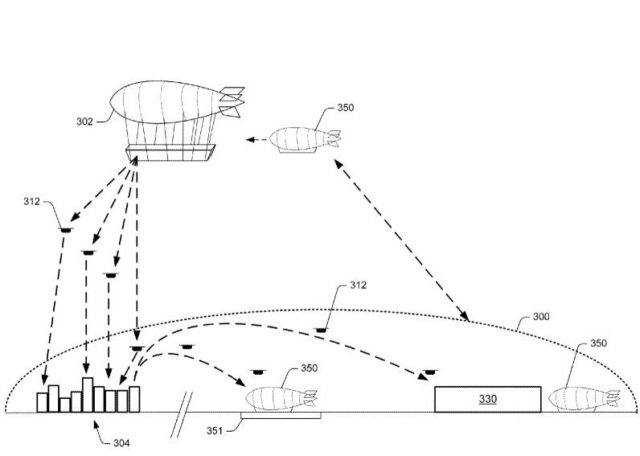 The airborne fulfillment centers can have a number of uses cases. The patent describes a scenario wherein the flying warehouses would be hovering over sports grounds during a football game loaded with sporting paraphernalia and food items that the spectators might order. In fact, it would allow for the delivery of perishable food products during the game as they are delivered almost instantly.

The patent filed by Amazon clearly indicates where the e-commerce firm is heading in terms of autonomous delivery. With that said, the existence of the patent doesn’t really mean that the scheme depicted here would come to reality anytime soon. In related new Amazon filed yet another patent this week describing a system for protecting delivery drones from hackers, lightning, bow and arrows. Recently, the e-commerce firm had announced that they have successfully completed their first autonomous delivery to a customer based in Cambridge. Now, with these patents in place, future of autonomous delivery indeed appears quite bright.

TechPP is supported by our audience. We may earn affiliate commissions from buying links on this site.
Read Next
12 Best Audible Alternatives: Top Free or Cheap Audiobook Apps [2022]
#Amazon #Amazon Prime Air #Patent