Oh My Godphone! Did You Know these Ten Facts about the iPhone?

January 9, 2007. There must have been a ton of things which happened ten years ago on this very day. January 9, ten years ago must have been very different than what it is today. It might have been a cold winter morning; there must have a lot of hustle and bustle backstage, some must have been nervous, some very excited, some last minute rehearsals are the few things we can think of…all before the man in the black turtleneck stepped onto the stage and changed mobile phones as we know them. But there is a lot more to the iPhone than just specs, experience and sales figures and records. Here are just some very interesting facts that many might not know about the God or Demigodphone! 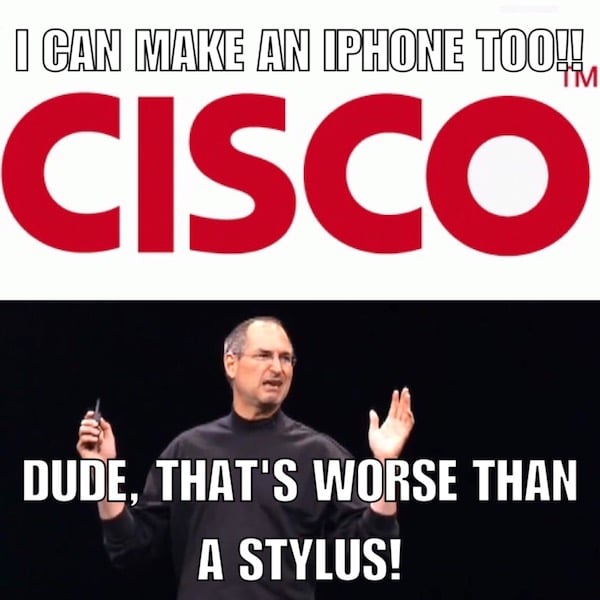 Well, although the name iPhone just takes us to the smartphones with a half-eaten apple logo on the back, there was a time when the company got sued for naming its smartphone ‘iPhone’. Cisco Systems back then had the legal patent to call one of its device iPhone. The device allowed its users to use Skype without a computer which was launched around 22 days before the Apple’s iPhone was launched. Cisco Systems sued the Cupertino giant, dragged the matter to court but obviously now that we have seen generations of iPhone being called as iPhones, we can totally take on the fact that the matter was resolved between the companies. But it is believed that the two giants share the rights to use the name. So, if you see a new iPhone suddenly popping out of nowhere, it can be Cisco trying to be funny. 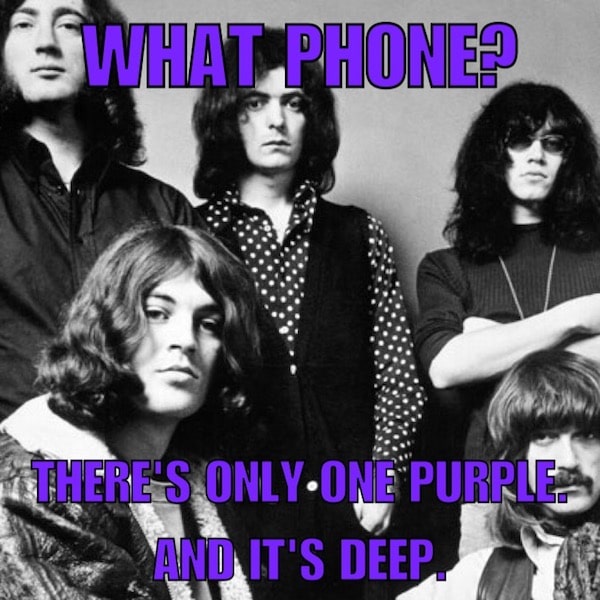 While we are at names, just a random question: what if your iPhone 7 was called Purple 7? It might sound hard to believe, but there was a fair chance for the iConic (spelling intended! Not a typo!) iPhone to be named Purple. Well, when the smartphone was in the development process and was unnamed, the code name for the device was, ‘Purple’. And let us tell you this, the Apple folk were pretty serious about it. The iPhone developers then called their segment in the Apple office, “Purple Dorm”. Along with “Purple” other names that were considered included, “telepod”, “mobi”, “tripod” and even “ipad” (well, they DID use that one). 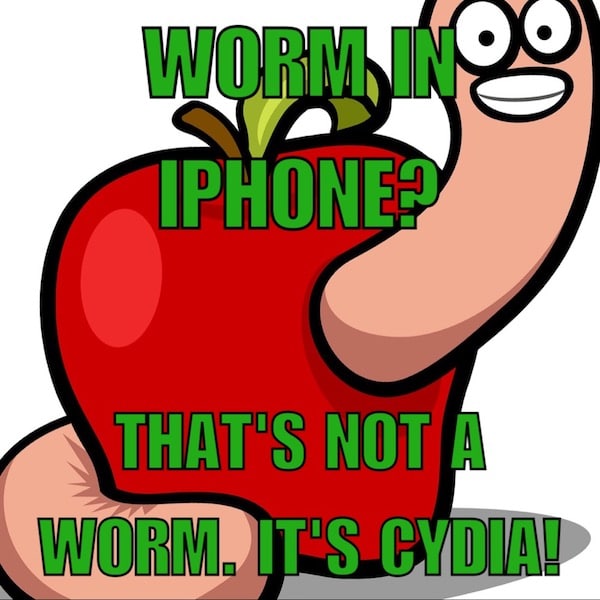 Jay Freeman, the creator behind the Cydia which is the jailbreaking software for the iPhone did not just randomly name the revolutionary iPhone bug. Cydia actually is named after Cydia Pomonella which is the most common worm found in Apples. Well, if you do not think that is funny, your sense of humor does not match ours. Bleh!

Well, although it was the launch of the first ever iPhone, and it was not as intense of an affair as Mark Antony’s speech to the public after Brutus killed Caesar and had its funny moments. In fact, during the launch of the first iPhone ever, Steve Jobs actually called Starbuck and ordered 4000 lattes to go. The order was obviously canceled immediately but a lot of Apple fans still remember classic leg-puller to this day. 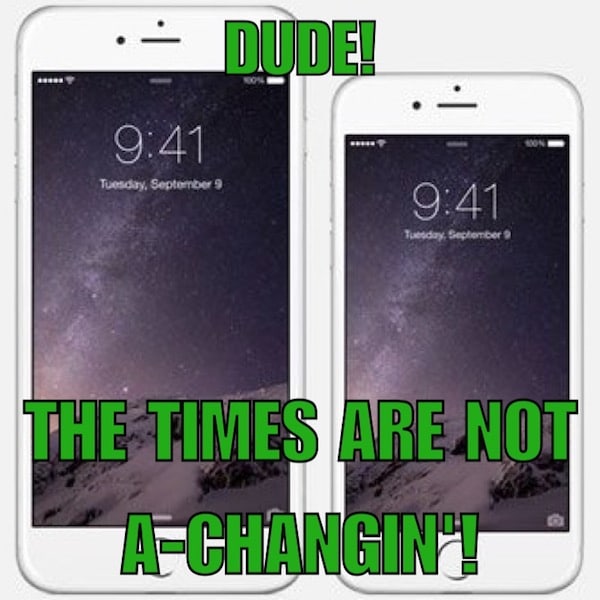 If you closely observe the ad of any iPhone you will realize that the default time in all of these ads. Well, if you think it is just a coincidence, then you are mistaken. Amongst the various other sharply calculated activities that the Cupertino giant performs, putting up a default 9:41 am time on the ads is just one of them. Apple being Apple starts its presentations exactly at 9:00 am and as per the former Apple executive Scott Forstall, the company introduces ads specifically after 40 minutes the presentation starts and because the company wants to give the viewers close to a real-time perspective in the ads so that they do not have to look at their watches, hence 9:41 am. Timely, eh?

While taking the iPhone project underway, Steve Jobs gave all controls to assemble the team to Scott Forstall with just one thumb rule that he could not hire anyone from outside Apple. Forstall then chose personnel from various different levels. While addressing the team, Forstall could not even tell them the reason why they were picked and just mentioned that they were required to work hard and give up nights and work on the weekends.

Note: Apple asks you to work on a secret project with them, just say yes! It can be the next revolutionary device by the company, you never know. You can thank us later! 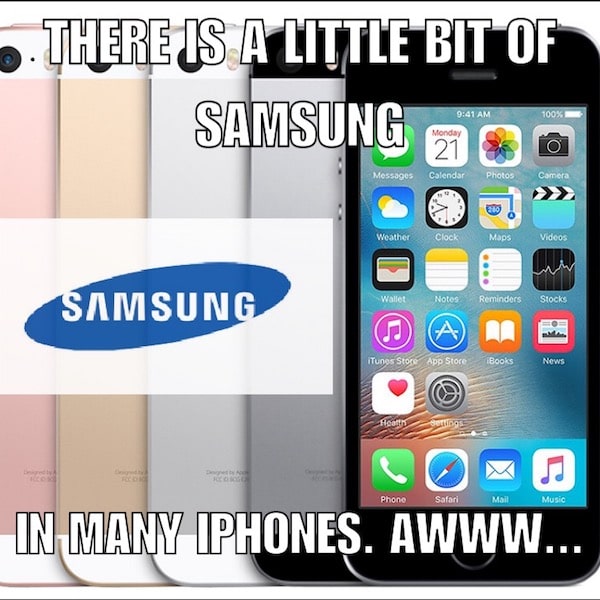 They might be bitter rivals and their legal disputes are the stuff of tech legend, but we think very few people know that the South Korean Electronics major, Samsung provided system chips used in iPhones for quite a while in the past. So millions of iPhones have Samsung hearts, so to speak. Well, if this is not awwww, what is?

Although it has changed now but Apple’s Music app for quite some time had U2’s lead singer Paul David Hewson, who goes by the stage name Bono, as an icon in its music section. And if that does not tell you that even Apple can be a fan of something, we do not know what will. We are not complaining. It is Bono, after all.

It may sound unrealistic and impossible in this day and age but the first iPhone was actually a painfully limited device. The smartphone did not have an App Store – you could not install apps on it (although Web apps could be placed), one could not even forward text messages from the device, and forget about sending files through Bluetooth to and from it. How thankful are you now that your iPhone can do all this, huh? 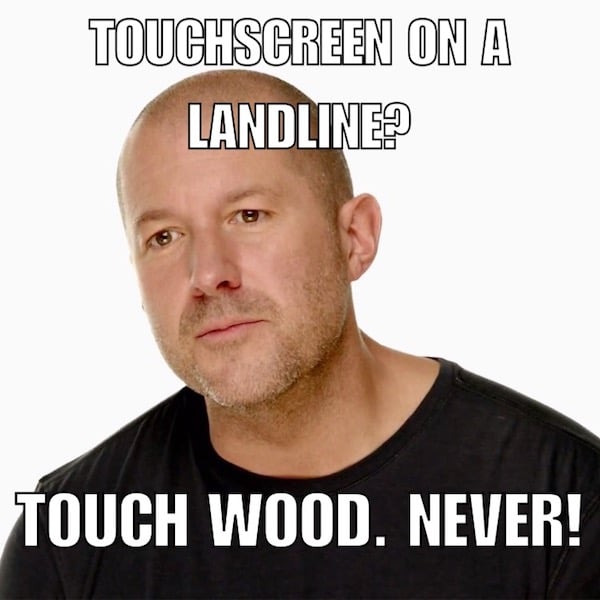 Do not get all confused. We just mean the first iPhone ever conceptualized by the Cupertino folks was not an iPhone but a landline which first ideated in 1983. The device came with a touch screen and a stylus and could make calls. It was developed by an Apple computer developer Hartmut Esslinger. We would not mind one even now – the iPhone (L) edition. L being for Landline, of course.