Uber, arguably the largest cab hailing service globally has been under the scrutiny of the authorities for quite some time. While Uber was banned (later revoked) in Spain and also in some cities in India they have been trying to get around the roadblock by cooperating with the authorities. Uber has now launched Uber Movement, a traffic dashboard that is expected to help the civic authorities and commuters in general. At the initial phase, the dashboard will be open in Manilla, Sydney and Washington and very soon its likely that most of the other major cities serviced by Uber will get the dashboard. 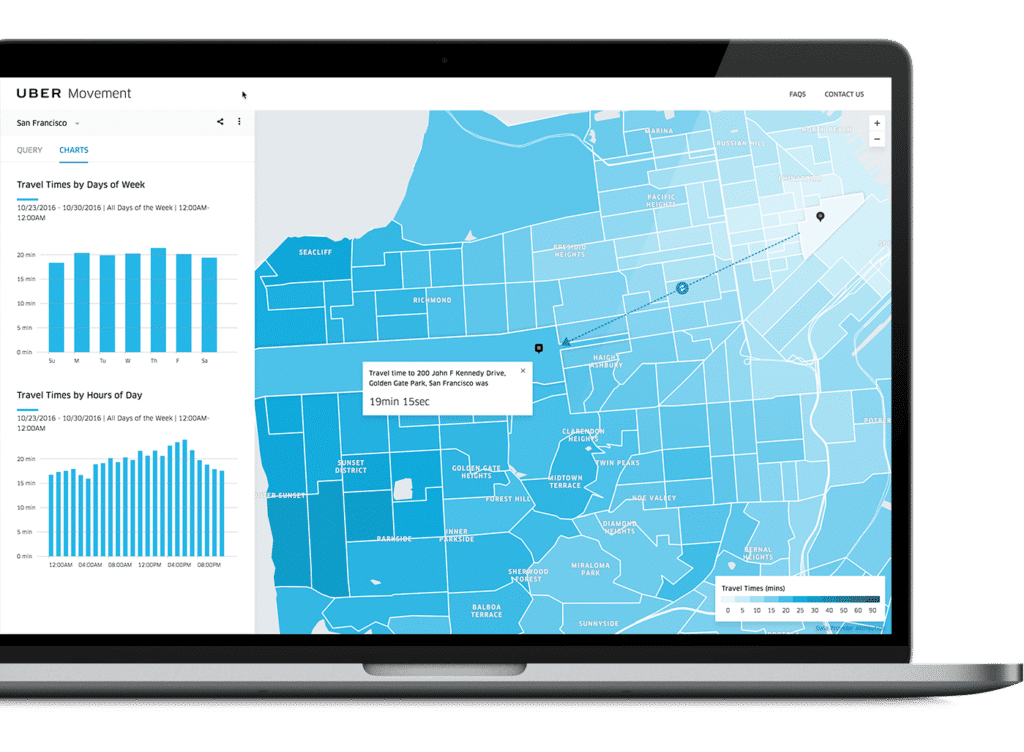 Uber Movement segregates the city into different zones and also shows the time required to travel between these two points across the day. The dashboard is somewhat similar to the Google Analytics but for traffic movements. One can also compare traffic at different times of the year or traffic in certain parts of the city during some events like concerts or carnivals. This insight is expected to render a micro look at the traffic movement across the city in accordance with time.

Uber further elucidates how this data will be helpful for transportation planners who can analyze the data and evaluate on which part of the city will need to be expanded and what will be the consequence of the same. That said the authorities have been cracking a whip and had asked Uber to make the data including overcharging, driver fatigue, individual trips, and passengers but Uber Movement skips on all of this citing customers privacy and instead highlights only the trends associated with the traffic.

Regulatory authorities have often accused Uber of skirting through a fine line and circumventing the taxi-specific regulations since they don’t fall into the traditional taxi-operator bracket. On the other hands, the incumbents in the industry are not taking Uber’s invasion lightly and are fighting tooth and nail to retain their position in the industry. And also since Uber doesn’t have direct control over things like roadworthiness of the vehicle and safety of the passengers it has been running into legal troubles quite often. That said the Uber Movement is here to spell a change and whatever might be the reason it will be a treasure cove to analyze the city traffic and plan accordingly.

Uber: Message from the next rider – Betting on confidence, not panic
Read Next
Source: Uber